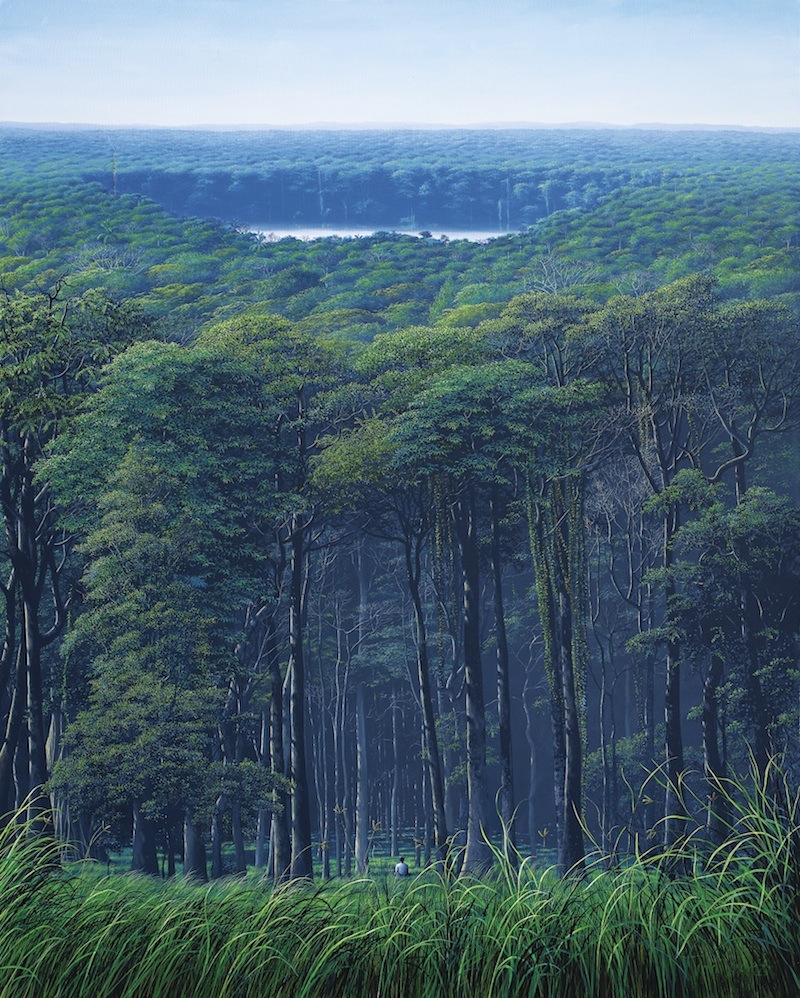 “Collectors,” Kelly Crow wrote this week in the Wall Street Journal, “are turning their gaze to the quirky and overlooked.”

One could argue that few sectors of the art market have been as overlooked as contemporary Cuban art—or have as much potential for increased value.

“This will be the best emerging-market focus in the art market today,” said Howard Farber, art collector and publisher of Cuban Art News.

“Collectors can buy masterworks of contemporary Cuban art for the price of the sales tax of a top contemporary American artwork.”

At the same time, museums around the US are broadening their representation of Latin American, Latinx, and Caribbean artists—most recently, the newly reopened MoMA.

With those currents in play and the fall auction season underway, we spotlight six artists from Cuba who stand to benefit from a changing art market.

Our selection is based on a variety of criteria, including recent auction sales, museum exposure, gallery representation, and media coverage.

For many artists, top prices at auction do not reflect the highest figures that their work commands in the market. Gallery and private sales often run considerably higher, as comments from gallerists indicate.

From a collecting perspective, most of the artists on this list produce art of varying scale, in different media, with a range of price points. That makes them attractive for new and seasoned international collectors alike.

There are many other outstanding Cuban artists who merit inclusion in a story like this, and Cuban Art News will feature them in future articles on this topic.

Here are our six picks for this round.

Born 1948, Aguada de Pasajeros, Cienfuegos, Cuba. Sánchez is known for contemplative landscapes filled with lush greenery and open water. But he also turns a lyrical eye to garbage dumps and waste fields, using their unexpected beauty to pose provocative questions about the future of our environment.

One of the original members of the Volumen Uno group—11 artists whose 1981 exhibition is widely seen as the springboard for contemporary Cuban art—Sánchez has had a longstanding interest in ecology and environmental matters.

Sánchez’s work frequently appears at auction at a range of price points, and his value has held steady for several years. His auction record of $653,000 was set in 2014 for the 1995 canvas Meditador y laguna escondida en el bosque.

Sánchez’s meticulous technique and eloquent vision should move him into blue-chip territory, and an upcoming gallery show in New York is likely to accelerate his market momentum. As the late novelist Gabriel García Márquez put it, “No one escapes the spell cast by Tomás Sánchez.”

Last summer, Fabelo was one of seven artists included in the exhibition for “Artes de Cuba,” the 2018 festival at the John F. Kennedy Center for the Performing Arts in Washington, DC.

Fabelo’s vision—dark, dreamlike, and hauntingly sexual—has struck a chord with collectors. At auction, his work is available at a variety of price points.

Born 1944, Havana, Cuba. Santería, Caribbean voudou, and Yoruba religious practices are among the inspirations for Manuel Mendive’s art. His works reflect his Afro-Cuban heritage and an acute awareness of the history of slavery in the New World. As a painter, sculptor, performance and installation artist, Mendive—who turns 75 next month—is among the island’s most widely known artists.

Like Fabelo, Mendive was among the seven artists whose work was presented in the “Artes de Cuba” festival at the Kennedy Center in Washington, DC last year.

“Mendive is an artist who has enormous potential for significant appreciation,” he added, “as his work is aesthetically unique, connecting with the spiritual and the religious and specially with the plight and search for roots of the African Diaspora in the Americas.

“He is unquestionably an artist with strong international appeal.”

Born 1967, Havana, Cuba. The center of Carlos Garaicoa’s work is the city, wrote Raquel Carrera, Mayret González, and Liatna Rodríguez in Cutting Edge Art in Havana: 100 Cuban Artists. Working in photography, sculpture, installation, and other media, Garaicoa “reconstructs its architectural past and imagines its architectural future in pursuit of a new symbolic and political space, a utopian space.”

Garaicoa is a well-known figure internationally, represented by galleries in Italy, Spain, Switzerland, and Brazil—all of which will be presenting his work at the upcoming Art Basel Miami Beach.

Garaicoa’s work does not come to auction with any regularity. Set in 2010, his record—$56,250, for an untitled work from his “New Architecture” series—does not reflect his current market value, which can reach hundreds of thousands of dollars for major works.

“I take a multidisciplinary approach to issues of culture and politics, particularly Cuban, through the study of architecture, urbanism, and history,” Garaicoa has said. “My main subject and inspiration have always been the architecture of the city of Havana and the Cuban way of life, but there are also parallels with many other cities that I visit, which also inspire me.”

Two solo Garaicoa exhibitions are now on view in Sweden, and he is part of current group shows in Beijing, Zurich, and Brazil.

1967, Havana–1999, Havana. The work of master printmaker Belkis Ayón is seeing an uptick in auction prices sparked by an acclaimed museum exhibition and accompanying catalogue. Nkame: A Retrospective of Cuban Printmaker Belkis Ayón opened at the Fowler Museum at UCLA in October 2016; three years later it’s still touring, headed to Europe after several stops in the US.

“Private sales of the work have been strong, with prices reaching $100,000—for a major large work composed of several sheets, which was sold recently to a major collection—and prices of $60,000 for a work of four sheets. Single-sheet prints, approximately 30×40” (that Belkis typically printed in editions of 10 or 12) are selling privately for $40,000.”

“It’s extraordinary to watch work that, when Belkis had her first exhibition in the U.S. at my gallery in Los Angeles in 1998, sold for $1,500 is now selling for almost 30 times that,” Couturier concluded.

“I believe this happened because of three things: the sheer brilliance of the prints, their absolute importance in the history of Cuban art history and their rarity.”

Herrera’s meteoric ascent to blue-chip status reflects the razor-sharp rigor of her geometric abstraction, executed in paintings, sculptures, and prints. At 104 years old, she continues to produce new work.

While Herrera’s large-scale canvases command six and seven figures, smaller works in other media are within reach of most collectors.