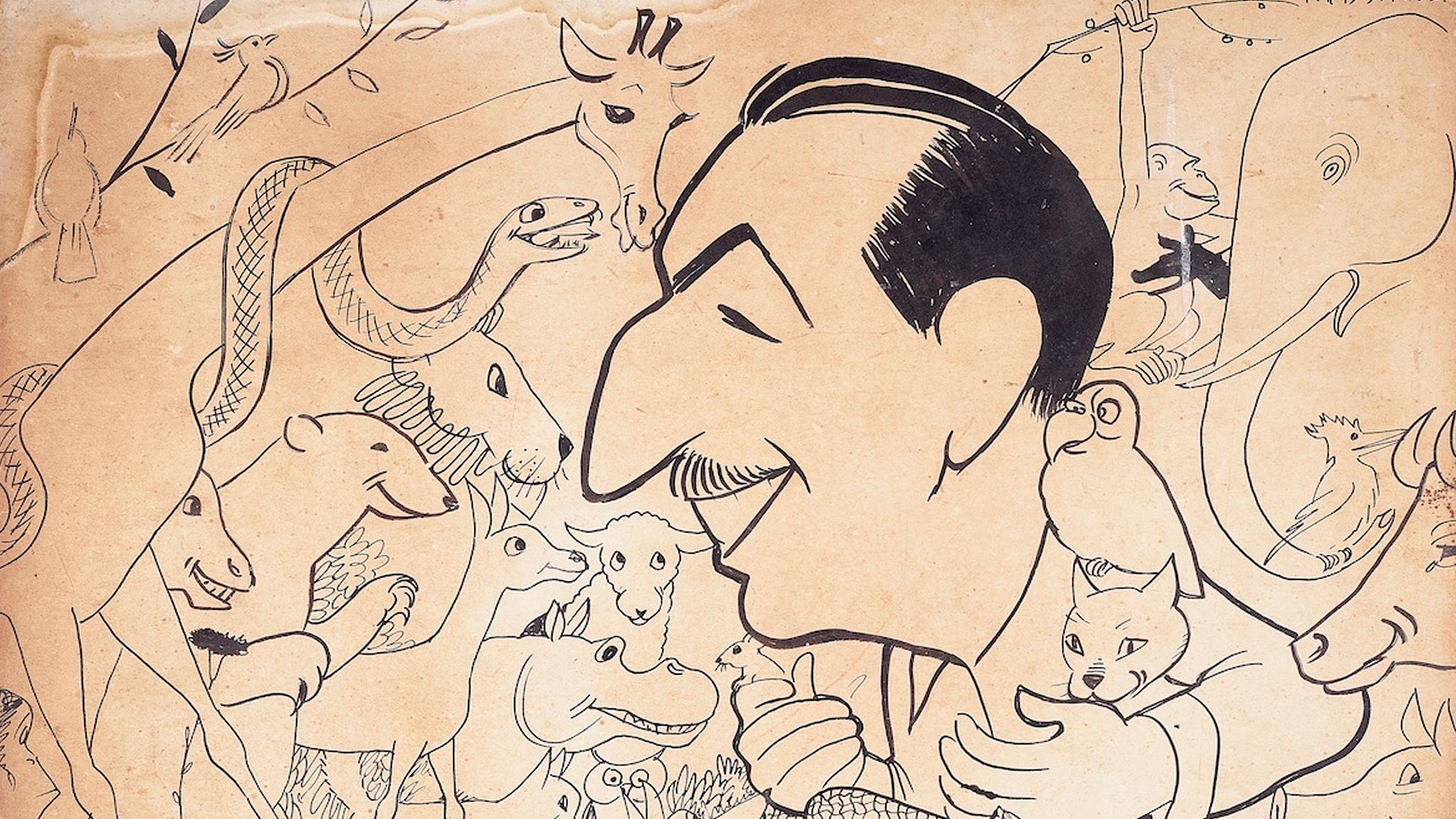 Opening this Friday, June 7, at the Wolfsonian-FIU, Cuban Caricature and Culture: The Art of Massaguer spotlights Conrado Massaguer (1889–1965), the graphic designer, illustrator, caricaturist, and publisher who was a pivotal figure in 20th-century Cuban culture before the revolution.

From the 1920s to the 1950s, Massaguer’s magazine, Social, was a social and cultural trend-setter, popularizing both an Art Deco aesthetic and an image of women as independent and free-thinking.

Nurturing the careers of younger illustrators and caricaturists in Cuba, Massaguer was also active in New York magazine publishing. Over the decades–especially in his exile in the 1930s, during the dictatorship of Gerardo Machado—Massaguer designed covers and illustrations for magazines like Vanity Fair, Life, Collier’s, and Cosmopolitan.

Drawn from a new gift of Massaguer materials by collector Vicki Gold Levi, Cuban Caricature and Culture features nearly 100 works, including magazine covers, paintings, advertisements, and caricatures of everyone from Albert Einstein to Walt Disney.

Those caricatures also include one that Massaguer drew of himself to announce his arrival on the New York publishing scene. There are also illustrations to promote tourism to Cuba, a longtime professional interest.

Curated by Frank Luca, the museum’s chief librarian, Cuban Caricature and Culture opens with a 7–10 p.m. reception this Friday, June 7. The show runs through February 2 at the Wolfsonian-FIU.

And at the bookstore, look for Promising Paradise: Cuban Allure American Seduction, the just-published catalogue for the Wolfsonian’s 2016 exhibition of the same title. Featuring images from the museum’s Vicki Gold Levi collection, the book also includes essays by the show’s co-curators, Rosa Lowinger and Frank Luca.

On Saturday, the action shifts to the Frost Art Museum-FIU, which celebrates the opening of two exhibitions, both organized by chief curator Amy Galpin.

CUT: Abstraction in the United States, from the 1970s to the Present looks at ways that artists have challenged the painted surface with cuts, carvings, indentations, and other interventions.

The show features a multigenerational roster of more than 15 artists, from established to emerging. Among the younger artists are two born in Cuba.

Trained at the School of Visual Arts, New York, Clara Varas (Havana, 1972) incorporates household items and industrial materials into her art, creating works that are rooted in painterly abstraction but stretch the idea of “painting” in new directions.

“The objects I employ are marred by overuse,” Varas has written. “They speak to their history or demise in order to form and shape narratives between early childhood in Cuba and the present.”

One of Varas’s works in CUT is literally cut open; another is done on an irregularly shaped board. “Clara Varas is really playing with forms and with the tradition of painting,” said Galpin. “She challenges our preconceived notions of what a painting should be.”

Rodríguez Jimenez is influenced by Afro-Cuban ritual and tradition, said Galpin, which are reflected in works that meld sculpture and painting. She often incorporates materials like felt or other textiles associated with dress and fashion. “There’s this evocation of the physical body,” Galpin added.

Rodríguez Jimenez’s work in CUT, titled Clean Her Blood (Limpiale la sangre), has an organic shape and a textile-like draping of canvas. “It’s not a flat, two-dimensional surface,” said Galpin. “There’s a point at which the canvas pops out. It makes for a really engaging viewing experience.”

“There’s a particular tradition here in South Florida of artist books,” said Galpin, with several artists creating them across the decades—including Cano, now 88 years old, who first suggested a show on this theme to the Frost.

Cano is represented by four artist books from various points in her career, addressing such themes as longing, desire, displacement and, said Galpin, “joy as a form of resistance.”

Works in the exhibition reflect the many interpretations that artists bring to the concept of books as art, from traditional volumes to sculptures and installations. Miami Excerpts: Mapping the mapped city, dumb objects and the residue (2018–19), by Rafael Domenech, is a large-scale installation, featuring an organically shaped table with books that visitors can look at and leaf through.

Domenech’s work is among the show’s seven new commissions, underwritten by Oolite Arts. Another commission, by US-born Cuban artist Nicole Salcedo, is a handmade book, drawn in India ink on black paper. Titled Prayers, it touches on themes of ritual, the environment, and human connectivity. “The drawings are rather intricate,” said Galpin, “but the presentation—the black ink on white paper—is very minimal.”

The opening reception for both CUT: Abstraction in the United States, 1970s to the Present and Spheres of Meaning: An Exhibition of Artists’ Books runs 4–7 p.m. this Saturday, June 8, at the Frost Art Museum-FIU.