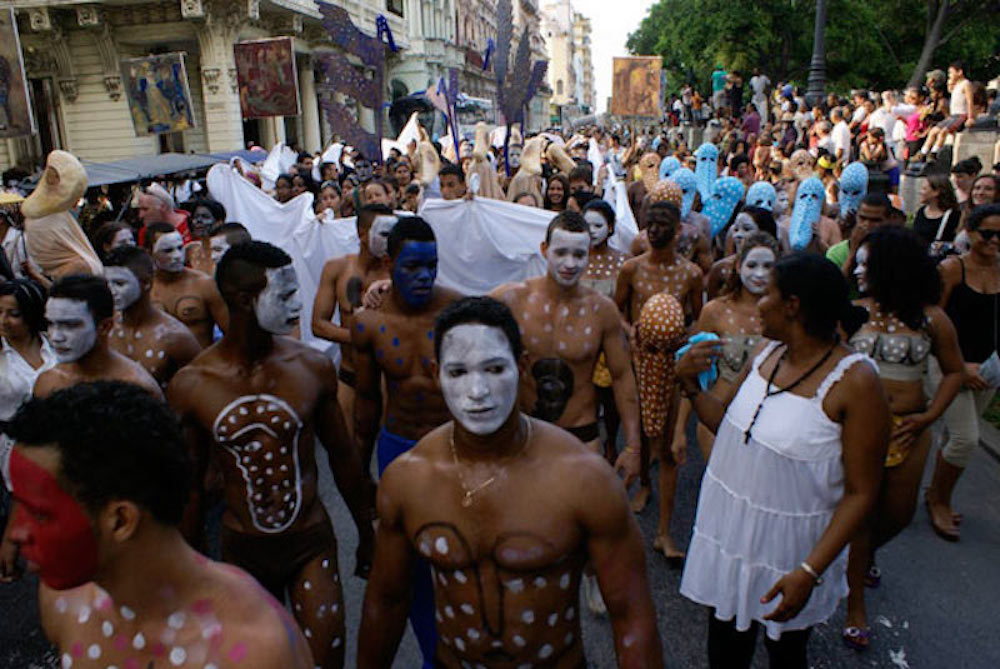 With the XIII Bienal de La Habana set to open on Friday, here’s a quick look at some of the exhibitions—independent, collateral, and officially part of the Biennial—that will open along with it.

Events are listed in chronological order, starting today. Opening dates and times are given if we know them.

For more on the Biennial, check our past previews on Detrás del Muro, the Museo Nacional de Bellas Artes, and the Biennial in general.

The Wifredo Lam Center is the bustling, administrative heart of the Bienal, but it’s also an art space in its own right. For the Biennial, the Center is presenting a show of ten contemporary Chinese artists, curated by Zhang Siyong of the Hanwei International Art Center, China, and Teresa Toranzo Castillo of the Museo Nacional de Bellas Artes.

The Faces of SACO

More than 20 years ago, artist Sandra Ceballos pioneered the idea of an unofficial art space in Havana. Despite damage from Hurricane Irma, Espacio Aglutinador is still going strong.

For the Biennial, Ceballos will present The Faces of SACO, a show of her own art, along with works by other Cuban artists. Invited participants include José Ángel Vincench, Omar Pascual, Carlos Garaicoa, and Antonio Eligio (Tonel).

Espacio Aglutinador will be open throughout the Biennial from noon to 8 p.m.

This group show features work by 13 artists, including several who are participating in official Biennial projects and exhibitions. The artists on view include Arlés del Río, René Francisco, Eduardo Ponjuán, Levi Orta, and Diana Fonseca, among others.

At La Nave gallery in Playa, Moisés Finalé is setting up a work-in-progress: 10 panels, each more than 30 feet long. Finalé will start two of them; the rest will be painted, each Wednesday of the Biennial, by 10 artists of different generations. Among them are Alberto and Alejandro Lescay, Nelson Villalobos, and Lucia Zalbidea. The public is welcome to observe the Wednesday painting sessions.

As the theme of an exhibition, artists’ “obsessions and accumulations” accommodates a wide variety of work. Take for example, the data-driven, hi-tech installations of Fidel García. “In his works we can find patterns of social behavior and collective intelligence analyzed through the flow of information in different medias,” curator Cristina Vives has written. On the other hand, there’s the series El rostro de la nación by Alexandre Arrechea, plus work by Lorena Gutiérrez, Javier Castro, and otoher artists.

Curated by Factoría Habana director Concha Fontenla with Isabel Moura Mendes and Natalia Palombo, Intersections is the third of three exhibitions bringing art into collaboration with other disciplines.

According to a statement on Facebook, the works in Intersections “go beyond categorizations, genres, or preconceived ideas to question the privileged place that Western modernity occupies, and its dictates on cultural representation.”

With this year’s Biennial, curator Elvia Rosa Castro—a mainstay of the past two editions of Detrás del Muro—is scaling down with a smaller, more intimate show at D’Nasco Studio. The artists she has selected are what she calls “a stone in the shoe”—having a “critical conscience and an attitude of non-complacency.” The list include well-known names on the global art circuit—Luis Camnitzer, Pablo Helguera, Rafael Domenech & Rirkrit Tiravanija—along with younger and emerging artists like Amanda Alonso and Evelyn Aguilar.

Look for thickly painted abstract canvases and installations in Yaque’s solo show, presented in the Art Deco Colegio de los Arquitectos building in Vedado. The exhibition title translates, loosely, as “The Dilemma of the Centipede-Thoughts.”

Performance works by Manuel Mendive have been high points of past Biennials, and this edition is no exception. At Havana’s Central Park, the performance Los Abrazos begins at 6 p.m. Dancers, with their bodies painted by Mendive, will parade to La Acacia gallery, accompanied by the musical group Nuestro Tiempo, led by Enrique Pérez Mesa, playing “Quiéreme mucho.” A reception at the gallery follows.

Rodolfo Peraza has long been an active proponent of game art, digital art, and international collaboration, and the show at his Fanguito Estudio is no exception. In addition to Cuban artists like Rewell Altunaga, El Diletante Digital, Naivy Pérez, Filio Gálvez, the art duo Serones, and Peraza himself, the show’s international participants include Vuk Cosic, Yucef Merhi, and Nina Coulson, among others.

The exhibition’s topics include emergent digital communities and the Internet as a platform for surveillance; and control of fake news and missed information; and new perspectives on virtual communities. 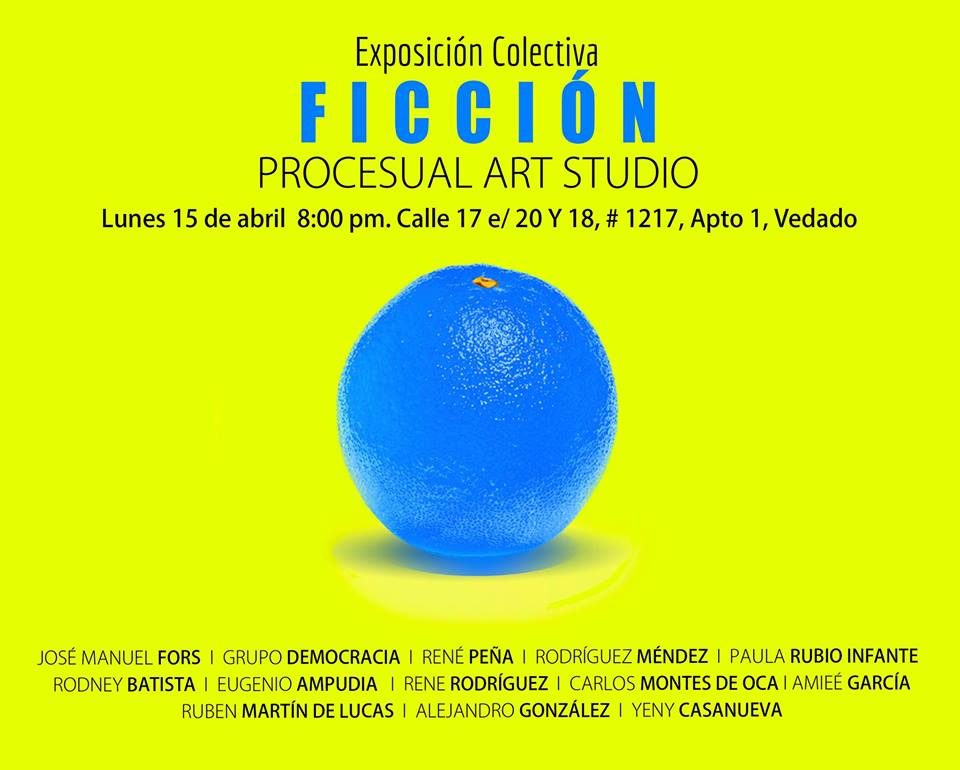 Photographers Juan Carlos Alom and Alejandro González join in a double show exploring the nature of desire, interpreted from the artists’ distinct points of view.

Illness Has a Colour

Artist Samuel Riera is another pioneer of Cuban art, who has been drawing attention to art brut and outsider art on the island. For the Biennial, Riera will present the series Analytical Boards, as well as works from the Art Brut Project Cuba.