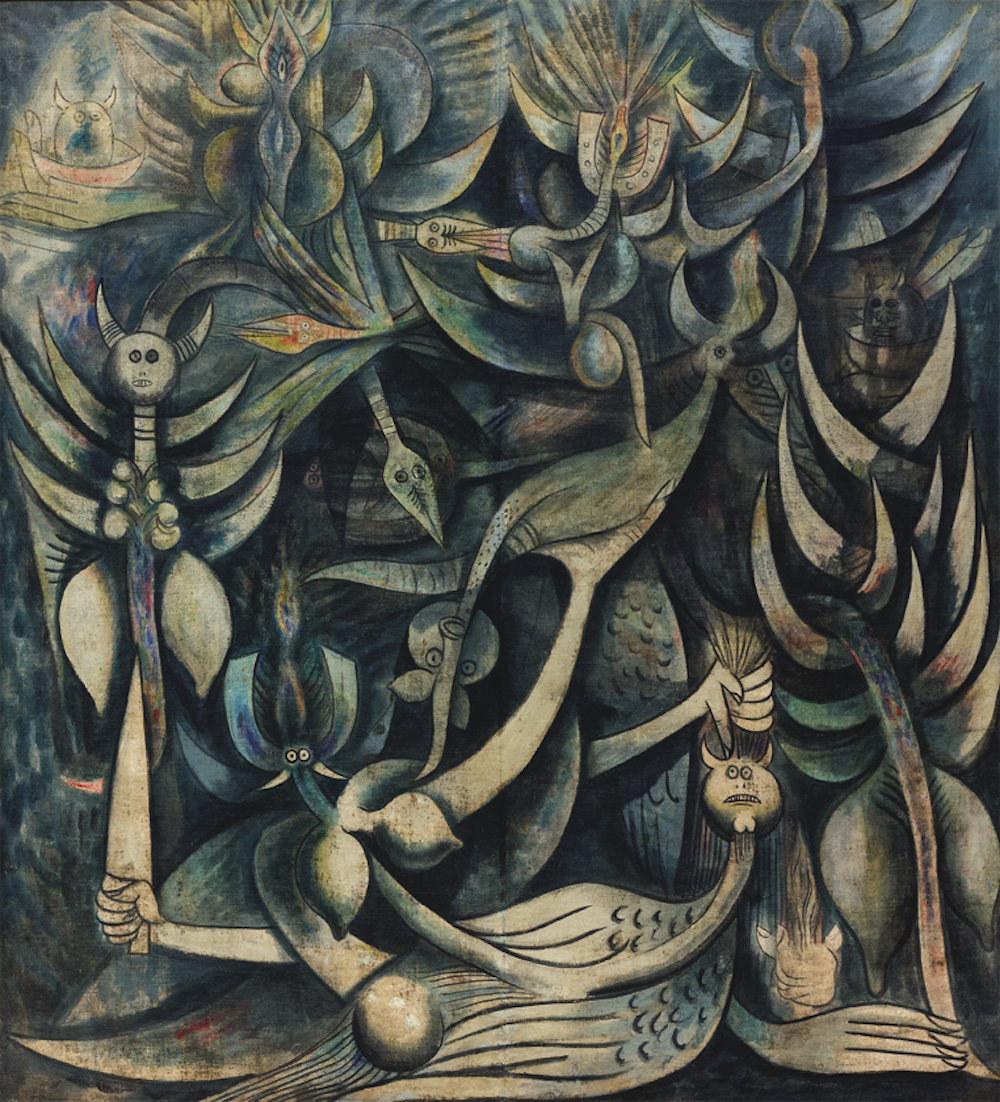 As its contribution to the XIII Bienal de La Habana—and a preview of the city’s 500th anniversary celebration this fall—the Museo Nacional de Bellas Artes (MNBA) is launching 5 shows on Cuban art, history and culture.

Under the theme of “The infinite possibility: Thinking about the nation,” the exhibitions tackle topics ranging from issues of race to the long shadow of sugar.

Curated by MNBA director Jorge Fernández Torres with María Lucía Bernal, El espejo de las enigmas. Apuntes sobre la cubanidad (Mirror of the Enigmas: Points on Cubanidad) is something of an introduction to the rest of the shows. Taking as its touchstone José Martí’s Diario de Campaña, and the work of Wifredo Lam and Ana Mendieta as its starting point, the exhibition opens a creative discussion on themes of Cuban art, society, and politics.

Curated by Corina Matamoros in cooperation with the Wifredo Lam Center, the show finds some artists looking back on their own creative histories, as with René Francisco’s Taller de reparaciones (Repair Workshop). Others continue to explore themes that have long interested them, as with Garaicoa’s Partitura, a 2017 sound installation that distills the street music of Madrid and Bilbao—another approach to understanding cities and their evolutions.

Still other artists, like Los Carpinteros, address contemporary issues and events. Made soon after a devastating series of storms, Irma y Andrew (2018), is part of the Amacenas (Cupboards) series. One of the last works that they made as a duo, the piece is a set of battered kitchen cabinets, with the relentless roar of hurricanes seemingly contained within.

The exhibition Isla de azúcar (Sugar Island) poses a simple equation: “the history of an industry to interpret the history of a country.” Along with artworks, the show draws on press photography, posters, caricatures, theatrical works, and other cultural expressions.

From 19th-century paintings by Eduardo Laplante to the satire of Rafael Blanco and photographs by Enrique de la Uz, the show’s 100 works recount a history of the island from la perspectiva azucarera—the perspective of sugar.

Más allá de utopia. Las relecturas de la historia (Beyond Utopia: Rereadings of History) takes an intergenerational approach to re-evaluating long-held traditions and cherished symbols. The show starts with traditional images of the colonial era, stripping away the romanticism that often permeated these depictions. Works on view include two related canvases by José Manuel Mesías that “correct” a 1908 painting depicting the death of Antonio Maceo, the second-in-command of the Cuban Army of Independence, in 1896.

Nada personal (Nothing Personal) takes a close look, through art, at one of Cuban society’s most complex issues: race and racialism. “Liberated from chronologies,” write curators Roberto Cobas Amate and Laura Arañó Arencibia, the show “weaves a history that begins with the weight of the story about Carlos Martiel’s skin [pierced by medals in Prodigal Son, 2010] and the heartbreaking canvases of Juan Roberto Diago, and expands to the characters of [19th-century artist] Victor Patricio Landaluze and the painting of [colonial artist] Vicente Escobar.”

The exhibition includes painting, drawing, installation, and video art, with an eye toward “the first manifestations of interracial conflict and its evolution up to the present moment.”

All five exhibitions will debut at the MNBA just ahead of the Biennial’s April 12 opening.

In addition to the exhibitions, the museum will host a screening of Resistencia, a documentary about Ben Jones, a New Jersey–based African American artist with deep roots in Cuba. Directed by Cuban filmmaker Danila Ilisástigui Avilés, the film will screen in the 4th-floor theater of the other MNBA building, the Edificio de arte universal, on Saturday, April 13, at 11 a.m.