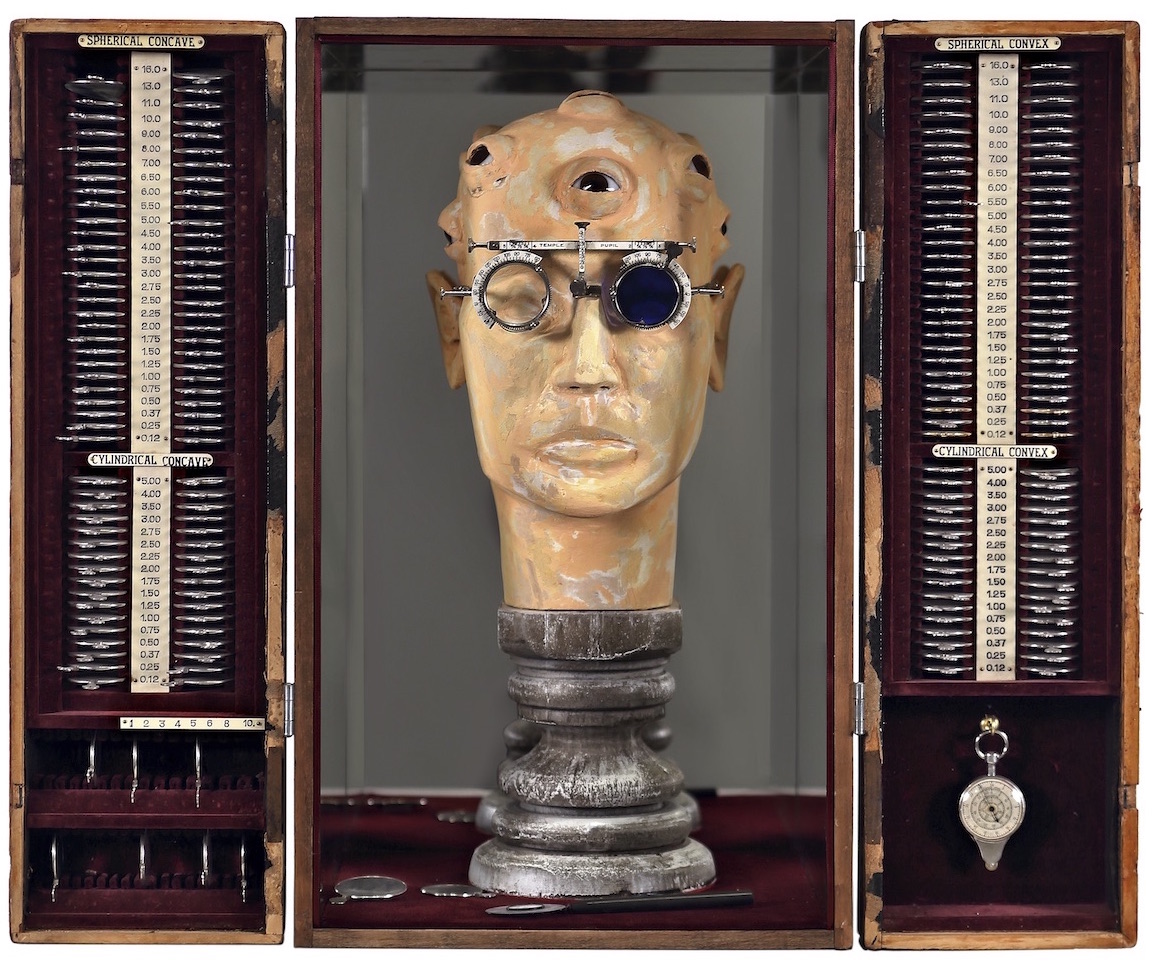 Dr. Carol Damian is a former professor of art and art history and former director and chief curator at the Patricia and Phillip Frost Art Museum at Florida International University, Miami. Over the years she has curated numerous exhibitions for museums and galleries—most recently, Carlos Estevez: Entelechy, Works from 1992 to 2018, on view through May 5 at the Tucson Museum of Art.

After the exhibition’s recent opening in Tucson, Irina Leyva-Pérez spoke with Damian about the exhibition, about Cuban art and artists in Miami, and the evolving position of Cuban art in the international art world.

Congratulations to you and Carlos on the exhibition. How did the show come about?

I have been following Carlos’s work for over ten years, since he arrived in Miami. I was so impressed with it, and with the level of intellectualism informing everything he does. We began planning a monograph years ago. And an exhibition, but that takes time.

How did the show come to the Tucson Museum of Art?

I started planning the show around five years ago. Eventually my proposal found its way to the Freedom Tower, where Jeremy Mikolajczak was the director. When he left to take the position of director at Tucson, he took the show with him—happily for us.

Carlos trained and began his career in Havana and has lived in Miami for many years. From your perspective, what’s the current relationship between the Miami and Havana art scenes? What has changed over the past few years?

The Havana-Miami art scene has always been dynamic, with artists arriving over the years at different points in their career, and even growing up and going to school in Miami. So Cuban artists have been very dominant in the community.

There are so many artists to name. But to limit it to the Miami scene, certainly masters like Cundo Bermúdez, Manuel Carbonell, and Rafael Soriano have made their mark. And now another generation of recognized artists—like José Bedia, Carlos Luna, Demi and Arturo Rodríguez, Gory, María Martínez-Cañas, María Brito, María Lino (to name a few)—are joined by emerging artists like Jorge Ríos, Aurora Molina, Leonor Anthony, and Rafael Domenech.

Of course, there are many who have exhibited in Miami and have moved elsewhere—Jorge Wellesley, Douglas Argüelles, and Jairo Alfonso among them.

Over the past few years, especially as relations opened up and tourism increased, there has been a remarkable interest in the art on the island. The ability of artists to go back and forth has also enhanced this situation and, in my opinion, added to the success and visibility of the arts. Sandra Ramos, Glexis Novoa, and Carlos Quintana move between both locations, while others exhibit in Miami regularly but live in Havana, including Manuel Fors, José Toirac, Diana Fonseca, and Abel Barroso.

There is incredible exchange, respect, and dialogue among the many artists, most of whom find a Miami exhibition to be a feather in their cap. I am always impressed with exhibitions’ opening receptions, where the artists all come to support their colleagues. It never seems to be competitive, but genuinely supportive.

The last Havana Biennial in 2015 was well attended by US visitors, and the next one is coming up in April. Will you be there?

Yes. I am planning to bring a group, so I’ve been following the Biennial closely. I am most interested in the special projects that accompany the institutional exhibitions. I always think that Juan Delgado’s Malecón project [Detrás del muro] is important, and I’m looking forward to its expansion. I also find it interesting that the Italy-based Galleria Continua is opening a project, El País de Arte, in a new space. That adds to the international dimension.

It’s exciting that the Biennial is venturing outside Havana. I’m planning to bring my group to Matanzas to visit María Magdalena Campos-Pons, who is coordinating the project Ríos intermitentes (Intermittent Rivers). That will be a site-specific installation throughout the city of her birth, and will focus on the significant African heritage of the island.

The Biennial covers a lot of territory this year, and hopefully we will visit other places as well. There is always so much to pack in!

As 2019 begins, how would you describe the position of Cuban art in the contemporary art world?

I think every year there is more and more attention to Havana internationally, with international travel surpassing American travel because of the difficulties we face politically. On the art fair circuit, it seems that every year more Cuban artists are represented by galleries, increasing their reputation and accessibility. Since Miami and Miami Beach are home to the majority of Cuban artists and collectors outside the island, Art Basel Miami Beach in particular is an opportunity to see this work within an international market context.

As a curator, what interests you most about Cuban art, on the island and abroad?

There is a special spirit about Cuban art, and especially the artists. They have this great sense of survival that’s almost like a mission, and I admire that. Their use of materials is always extraordinary, and I find the art unique, without the baggage of art history’s classifications and movements. Cuban art is much broader in concept, with an independence that is very attractive.

What’s next for you? What Cuba-related projects are you working on?

I am doing a lot of writing—artist catalogues and reviews—and have my own Peruvian projects, including a book, as well. I continue to work closely with the Cuban artists in Miami and will soon begin something that is in the works now.

For many years, I have worked closely with women artists, and taught specialized courses in the history of women in art. Teaching at a Miami university has given me the opportunity to include the local community of artists—especially Cuban women with whom I have become very friendly, and whose work I have supported over the years. They enjoy coming to the classes and the students find their life stories fascinating.

My next projects will be about the women. One may be more historical, as I learned that there were many important artists in Cuba over the last hundred years who have been neglected. Another will be with a young Cuban woman just beginning a very exciting career.

I am also interested in women activist artists. We are busy organizing an exhibition with several Cuban women who work as political, social, and environmental activists, as a continuation of a project I did at Art Miami 2017.