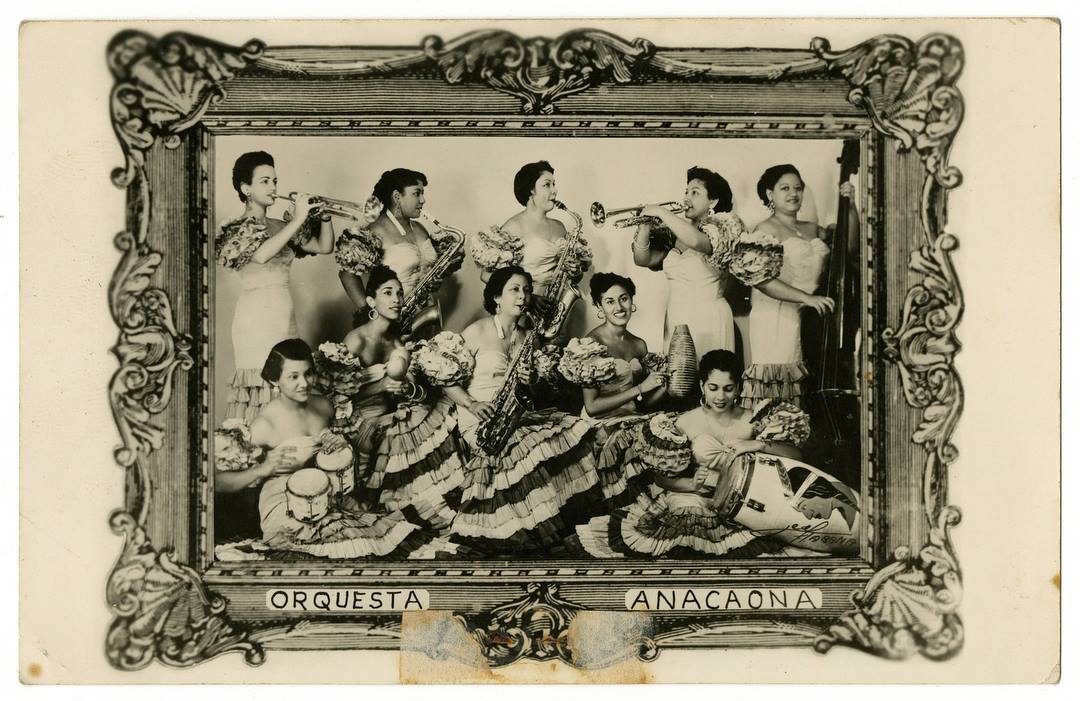 Tucked into an upstairs corner of the University of Miami Library, the Cuban Heritage Collection (CHC) is the largest compendium of materials on Cuban studies outside Cuba. Covering both Cuba and the Cuban diaspora, the CHC’s holdings include books, manuscripts, letters, periodicals, archival materials, art objects, and rare historical documents.

Elizabeth Cerejido is the recently appointed Esperanza Bravo de Varona Chair. She spoke  with Rosa Lowinger about the CHC’s mission and goals, her plans to challenge traditional narratives about the Cuban diaspora, and to alter the way the collection is perceived beyond academic walls.

I’m glad you ask, because I want to highlight her importance in the founding of this collection. Esperanza was one of five Cuban women librarians hired at UM in the 1960s, and she envisioned a Cuban collection as its own department within the library.

The Goizueta Pavillion, where the CHC is housed today, is the realization of that vision. Our staff consists of a librarian, an archivist, an assistant archivist, and a program coordinator.

We are fortunate to still count on Gladys Gómez-Rossié, one of the CHC’s founding members, as our Community Relations person, and frankly the one who knows the collection best. She knows how to find our hidden treasures!

The Goizueta Foundation also endows a Graduate Fellowship Program and the New Directions in Cuban Studies biennial conference, which will take place October 2019.

What’s the focus of the collections?

The CHC is the most comprehensive collection of materials on Cuba—from the Colonial Period to the present—outside the island, and the largest repository of materials on the Cuban diaspora anywhere. We have strengths in history, exile history, Afro-Cuban, and visual arts materials that cover all periods.

For example, we have Mambises marchando, one of the earliest photographs to document the mambises—fighters in the Cuban wars for independence. And we have the Lyceum Lawn & Tennis Club Collection, 1929–1986. That was an exhibition space and cultural center in Havana, run by women, where many of the vanguardia artists showed for the first time.

Our Lydia Cabrera collection, which is one of the most frequently consulted, contains drawings, correspondence, manuscripts of her works, field notes, interviews, photographs, illustrations, objects of hers, and memorabilia that touch upon all disciplines. We have an original illustrated manuscript of Arere marekén: cuento negro, with illustrations by [the Soviet artist] Alexandra Exter, with whom Cabrera studied painting in Paris.

A facsimile edition of this publication, along with other materials from Lydia Cabrera, is currently on view at the Americas Society in New York, in Lydia Cabrera and Édouard Glissant: Trembling Thinking.

We have beautifully rendered theatrical drawings by Leandro Soto, who is known as one of Cuba’s first performance artists, and also every single periodiquito [small newspaper] that has ever been published by Cubans in exile, anywhere in the world. The most recent is titled El Kentubano, published by a growing community of Cubans in Kentucky.

Getting to this point required a broad approach to Cuban history. Now, we can be more strategic, in complementing the areas of collection strength for which we’re well known, and in targeting areas where we know we need to grow. In the last few years, for example, we have grown our materials on Afro-Cuban studies tremendously.

Tell us a bit about the Goizueta Graduate Fellowship Program.

Each academic year, we host about a dozen graduate fellows from top universities around the country. The program was established in 2010, and its mission is to support graduate dissertation research. I was a CHC fellow myself a couple of years ago.

Fellows get funding for 1-3 months and have their own space here in the library. The work culminates in a presentation that is open to the public but is primarily for faculty and students. I’ve started a process of meeting informally with fellows in my office to learn what areas they feel we should be collecting.

In that sense, it becomes a reciprocal relationship, where we learn as much from their research and experience here as they do from us through our collections.

What topics do they tend to be interested in?

Most are interested in history, social sciences, and religion, particularly Afro-Cuban religion. Gender is also a growing research area. For example, earlier this year we had a fellow whose work looked at the role that gender played in the ways women were detained and processed during the Mariel boatlift. We just had a fellow from Japan who was looking through the Lincoln Diaz-Balart collection for his research on Cuban exile politics.

I am constantly being invigorated by the scope of the fellows’ research topics, and I learn about the collection from them also.

The exhibition on view now features books made by Ediciones Vigía from Matanzas.

When I came on board, the staff already had an idea to show artist’s books, and collectively we turned to Vigía. My vision was that a Vigía exhibition is a great idea, but it has to support a central premise. That’s where we came up with the focus on representations of women.

It’s been a collective effort, and very important for it not to focus only on craft and materiality, which are so central to the aesthetics of Ediciones Vigía. Instead, I wanted to bring out what this collection means in terms of Cuban cultural production, and to explore the role of the artist book or handmade book in an archive like ours.

To that end, we are inviting a group of librarians and curators of artist book collections from institutions like Princeton, UC Berkeley, and UT Austin’s Ransom Center, among others, for a panel discussion to explore these issues in more depth. We will also host a series of conversations with faculty and local artists whose practice includes bookmaking.

CHC had a pioneering role in collecting these materials, which began in 1985. We have 500 examples—more than any other institution outside Cuba.

You mentioned an interest in developing a Cuban artists’ archive.

That is one of my main objectives. The collection already has a good foundation of materials on the visual arts: vertical files of artists and exhibition catalogues, in Cuba and around the world. The idea is to create the intellectual space, through an archive, to explore the range of critical issues that undergird artistic practice—and especially a space for the study of Cuban American or Cuban diasporic art history. There really is no other institutional space like it here.

What is important to highlight about the CHC in relation to other institutions that collect similar materials, like the Smithsonian’s Archives of American Art, is the context that we provide and the frequency with which our materials are consulted. Cuban American artists’ papers here are activated in ways that they would not be in places where they may exist mainly as a repository.

Research, exhibitions, and public programs promote more inter- and cross-disciplinary connections. Activating these archives and materials, getting them seen and used, is central to my vision.

What are some of your other goals for the artists’ archive?

For me, the artist archive has to come with a parallel space for discussion, where we can talk about Cuban and Cuban American cultural production in ways that challenge existing narratives. Hopefully that will motivate artists to donate their things or let us acquire them.

I also want to organize a series of programs around the many functions of the archive. This will also provide the opportunity to connect to other “area study” collections, like the Chicano Studies Center at UCLA and the Puerto Rican Studies Center at NYU.

Do you envision collaborations with those institutions? Or other museums?

The Lowe Art Museum [at UM] has committed to working with us on a 2020 program that will look at Cuban and Cuban American visual cultural production during the period of the Mariel boatlift, both in and outside the island. I am curating it with Ibis Hernández, a Cuba-based curator who is part of the Havana Biennial team. This is an idea that originated with the Dialogues in Cuban Art project that I curated in 2015–2016.

The Mariel exhibition will be a major event that will undoubtedly include collaborating with other departments and centers at UM and beyond. A series of conferences and panels are also planned for this year-long program, in an effort to contextualize Mariel within the broader landscapes of gender, politics, ideology, AIDS, multiculturalism, race relations, Miami, and popular culture. It also looks at Mariel in temporal terms—before, during, and after the actual boatlift.

This dovetails with another one of my major goals, which is to broaden the CHC’s visibility. We already have prestige within the academic community, but I want to open us up to a much wider audience. This collection is about more than just Cuba; it’s also about Miami, and about South Florida.