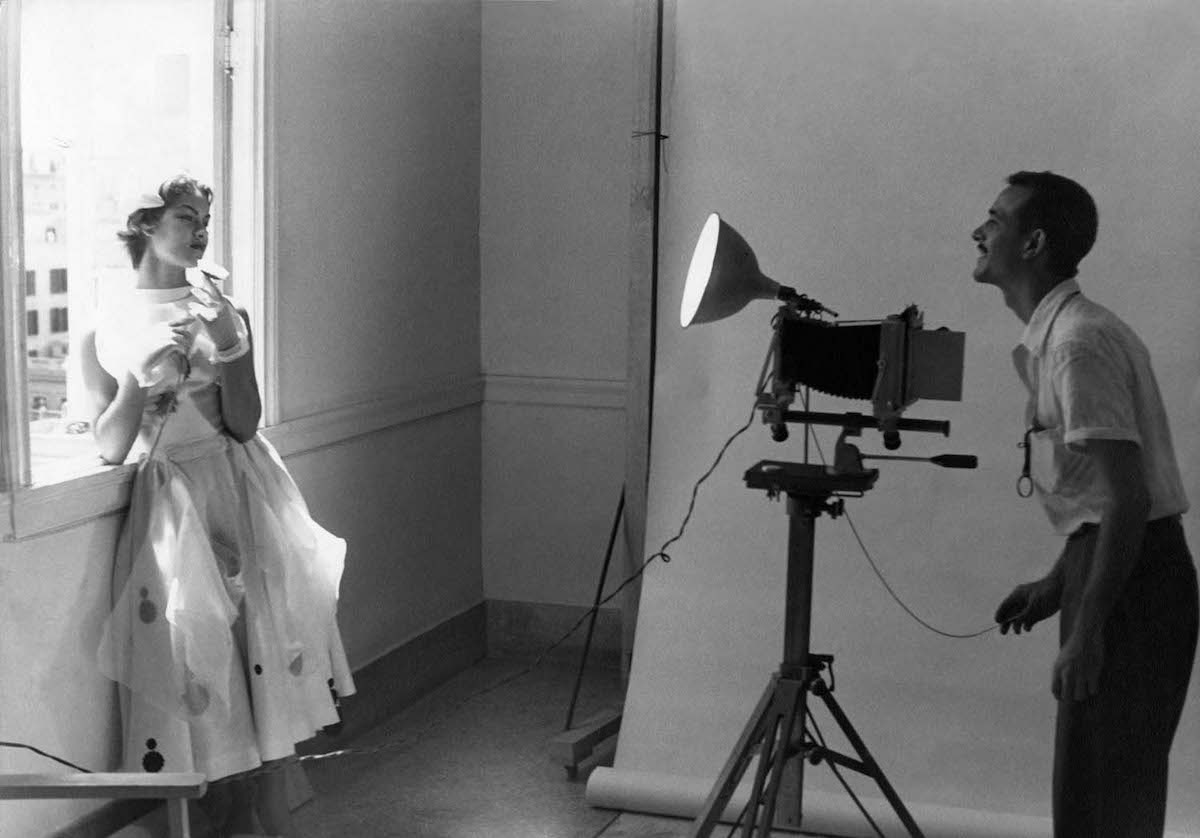 LOS CARPINTEROS, PART 2. Last month we reported on the dissolution of the critically acclaimed art collective Los Carpinteros. Now, it seems that a version of Los Carpinteros will continue.

In a statement issued earlier this month, Los Carpinteros member Dagoberto Rodríguez announced “the continuity and validity of the collective’s ideas, now under the new name ‘Los Carpinteros, by Dago.’”

Rodríguez went on to thank three artists—Ignacio Bautista (Mutio), Daniel Martin Corona (Dani) and Elisa Pardo—who had worked with Los Carpinteros over the years, and who will continue to collaborate with Rodríguez under the group’s new name.

“We have merged my experience with the freshness of different influences, schools and perspectives that enrich both the project and myself,” Rodríguez wrote. “Our new works reflect this renewed shared spirit. ‘Los Carpinteros, by Dago’ will continue to explore traditional notions of architecture, design, space and object-function.” He noted that the group is already preparing future exhibitions.

GARAICOA IN MADRID. In Spanish, the word Birlibirloque is something like “Abracadabra” in English—the flourish that goes with a magic trick. It’s also the title of Carlos Garaicoa’s current exhibition in Madrid, taken from a series of photography-and-sculpture installations completed this year. Each installation includes a pair of black-and-white photographs, one showing a building being demolished, the other the empty space after the building is gone. In front of the two photos are glass blocks representing the vanished building—an evocative, floating ghost of what is lost. Carlos Garaicoa: Birlibirloque is on view into November at Galería Elba Benítez.

TOMORROW: LEÓN IN BARCELONA. As part of the Barcelona Gallery Weekend, Casa Vicens—the first important architectural work by Antoni Gaudí—is hosting Tierra (Earth), a video installation by Glenda León. Part of the series Cada respiro (Every Breath), the video depicts the earth, covered in leaves, gently rising and falling in the rhythm of human breathing. Presented in the main bedroom of the residence, Tierra opens tomorrow, September 27, and runs through November 25.

VISO TO ARIZONA. Arizona State University recently announced that curator and art historian Olga Viso, former director of the Walker Art Center, is now a senior advisor to the dean of the school’s Herberger Institute for Design and the Arts.

In her new position, Viso will focus on developing global partnerships in the arts. Projects will include a partnership between ASU and the Los Angeles County Museum of Art, focusing on professional development for curators of color, and an academic partnership with artist James Turrell and the Skystone Foundation, centered on Turrell’s Roden Crater project.

NEXT WEEK: 2 IN LONDON. As we noted in our Fall Preview, on Tuesday, October 2, Tania Bruguera is scheduled to open her commission for the Turbine Hall at the Tate Modern.

OPEN NOW: 2 IN HAVANA. At the Museo Nacional de Bellas Artes, La imagen sin límites surveys Cuban photography in images by 50 artists from 1840 to the present. Curated by Rafael Acosta de Arriba, the exhibition includes work by José Gómez de la Carrera, Ernesto Fernández, Gory, Raúl Martínez, and many others. Through November 26. The catalogue is available for downloading here.

And at the Fototeca de Cuba, Obsesiones Interruptas. La mujer en la fotografía de Korda (Interrupted Obsessions: The Woman in the Photography of Korda) surveys the work of the acclaimed chronicler of the Revolution from an unexpected angle—his images of women. Curated by Cristina Vives, the exhibition attempts to understand Korda’s aesthetic development by assembling “a puzzle of images” from a scattered and fragmented archive. Through October 20.

COMING UP: CINTAS AWARDS, MIAMI. Next Wednesday, October 3, the CINTAS Foundation will open an exhibition of works by this year’s fellowship finalists will open at the Lowe Art Museum. And on October 10, the Lowe will be the scene of the awards ceremony, announcing this year’s winners and honoring Juan A. Martínez, Professor Emeritus at Florida International University, with the lifetime achievement award.

FROM NEW JERSEY TO CORAL GABLES. Cuban artists working the state of New Jersey are the focus of Kindred Spirits: Ten Artists by the Hudson. Curated by Anelys Álvarez, the exhibition features work by Juan Carlos Alom, Ariel Cabrera, Geandy Pavón, and other tri-state residents. The show opens at the Coral Gables Museum on October 5. The reception starts at 6 p.m.

IN OCTOBER: CABRERA & GLISSANT. Lydia Cabrera (1899–1991) was a writer and scholar of Afro-Cuban culture and religion. Édouard Glissant (1928–2011) was a Martinican poet, philosopher, and literary critic. At the Americas Society, Lydia Cabrera and Édouard Glissant: Trembling Thinking explores the ideas developed by these influential Caribbean figures, as reflected by a cross-generational, international roster of artists—among them Tania Bruguera, Amelia Peláez, and Wifredo Lam.

Curated by Gabriela Rangel, Hans Ulrich Obrist, and Asad Raza, the exhibition opens on October 9 with a 4 p.m. panel discussion with the curators and artist Julie Mehretu at Hunter College, and a 6:30 p.m. reception at the gallery. On view through January 12.

OPENING SOON: A PARDO HOTEL IN ARLES. The New York Times reports that artist Jorge Pardo has designed the interiors for L’Arlatan, a hotel opening next month in Arles, France. “The hotel has an ancient Roman stone column and a sunny courtyard, but its myriad glazed tiles are the standout element,” wrote Gisela Williams.

“Pardo used nearly two million of them throughout the hotel’s four stories, alternating between 18 vibrant hues (tangerine, sunflower yellow, arctic blue) to create abstract mosaics along the walls and floors. On the ground floor, their glossy surfaces are juxtaposed with exposed stone, an effect heightened by the laser-cut plastic lanterns — which resemble bulbous sea creatures — floating above.” As a finishing touch, more than 100 doors in the hotel are covered with Pardo’s paintings.

PAINTED BIRDS. In June 2015, Cuban-born artist and naturalist Alberto Rey visited the Roger Tory Peterson Institute in upstate Jamestown, New York. He was startled to see shelves holding the bodies of extinct and near-extinct birds. That experience was the impetus for The Extinct Birds Project, an exhibition and book showcasing Rey’s paintings of the fragile, painstakingly preserved creatures. The exhibition runs through December 14 at the Peterson Institute.

SOY CUBA AT NYFF. The New York Film Festival gets underway this weekend, with the USSR/Cuba coproduction Soy Cuba (I Am Cuba, 1964) as part of its Revivals section. The four-part, black-and-white film, coproduced by Mosfilm and ICAIC in the early days of the Cuban Revolution, was directed by renowned Soviet filmmaker Mikhail Kalatozov, with a script by Russian poet Yevgeny Yevtushenko and Cuban novelist and playwright Enrique Pineda Barnet, and a score by Cuban composer Carlos Fariñas.

The spectacular cinematography by Sergei Urusevsky uses wide-angle lenses, hand-held cameras, and stunning overhead tracking shots. Intended to depict the beginnings of the Revolution, the first episode of I Am Cuba contrasts the struggles of the Cuban masses with the decadence of the Batista-era, American-run gambling casinos. After more stories of struggle and resistance, the film ends with the entry of the rebels into Havana, proclaiming the triumph of the Revolution.

Although not well-received in either Cuba or the Soviet Union on its initial release, I Am Cuba is now considered a classic of Cuban post-revolutionary cinema. The film will be shown at the Walter Reade Theatre at 9 p.m. on Sunday, October 7. For more information and tickets, click here.