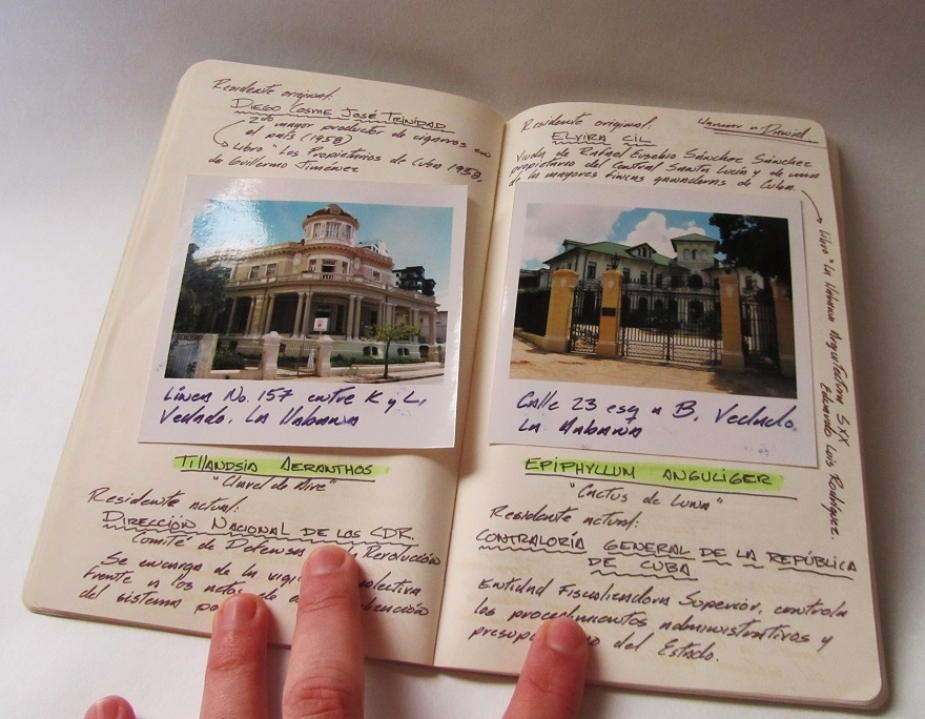 From those modest beginnings, the Academia Nacional de Bellas Artes San Alejandro—widely known as San Alejandro—went on to become one of the island’s most important schools for visual artists and intellectuals alike.

In his years at San Alejandro, Diago told Cuban Art News, “I had the opportunity to learn about other cultures, about artists of other eras, about the importance of popular culture in the creative work of many makers.

“I think that without San Alejandro, it would not have been the same for me.”

“San Alejandro is much more than an academy. It brings together all the tools to train students conceptually as well as philosophically. They leave with a lifelong ability to affect and influence the contemporary arts,” said Professor Julio César Pérez Moracén.

Originally housed in the former Convent of San Agustín—a 17th-century building now home to the Cuban Academy of Sciences—in 1962 the Academy moved to the Marianao district of Havana.

Today it is the Centro Metodológico Nacional for visual-arts teaching on the island. Schools in Matanzas, Cienfuegos, Villa Clara, Camagüey, and other provinces are under its direction. The Havana headquarters also hosts students from western provinces, such as Pinar del Río and the Isla de la Juventud.

“San Alejandro was our first art school,” said Celia González of the art duo Celia-Yunior, winners of the Farber Foundation’s International Art Award in the Young Artist category. “In those four years we discovered and started to understand contemporary art at the same time we learned the techniques of traditional representation.

“We were made aware of the possibilities of art, not only as a career but as a space of creation and questioning.”

Most of the faculty at San Alejandro are young graduates of the Academy itself and of the Instituto Superior de Arte (ISA), said sculptor Lesmes Larroza González, the Academy’s current director. The curriculum includes not only painting and drawing but sculpture, printmaking, pottery, and goldsmithing, among other fields.

In a 2001 visit, Fidel Castro “asked a question that made all the students reflect: ‘How do you see the teaching of art in relation to new media, the internet, the technology era?’” said Larroza González. The dialogue that followed prompted the founding of the Academy’s graphic, photography, and digital art department.

A flexible approach to curriculum is part of the Academy’s philosophy. Three years ago, the illustration department revamped its teaching program in response to a request for more illustrators from the Instituto Cubano del Libro.

Raiko Morales was the first graduate in the new specialty, with a thesis project that presented the work of Edgar Allan Poe to young readers. It required specialized research in Victorian-era lighting and décor, she said. “It turned out great.”

A YEAR OF CELEBRATION

As it moves through its 200th year, San Alejandro is celebrating.

In January, graphic art and engraving were the spotlighted in a month-long program at the Academy. New media took center stage in February, including video, digital photography, and performance art.

March was devoted to sculpture, and drawing, illustration, and the image-text relationship were the topics in April. In May, the focus was painting.

Last week, the Museo Nacional de Bellas Artes opened “Bicentenario de San Alejandro. Tradición y contemporaneidad,” an exhibition of 60 works from its collection, tracing the history of the Academy through its students, teachers, and directors from the colonial era to the present. It will run through the summer, closing in September.

A commemorative postage stamp will be issued to mark the anniversary, and at least two books about Jean Baptiste Vermay and the Academy will be published.

Today and tomorrow, July 3–4, the Museo Nacional will present a colloquium on San Alejandro and the tradition and contemporaneity of arts education in Cuba.

According to Prensa Latina, every Friday morning during the month of July, teachers and students at the Academy will conduct teaching sessions open to the general public.

“The experience of studying in San Alejandro marked our career and our lives,” said Celia González, and her words apply to decades of Academy graduates. “It was a fundamental basis for developing the work that came later, where we met colleagues and friends who would accompany us for so many years.”