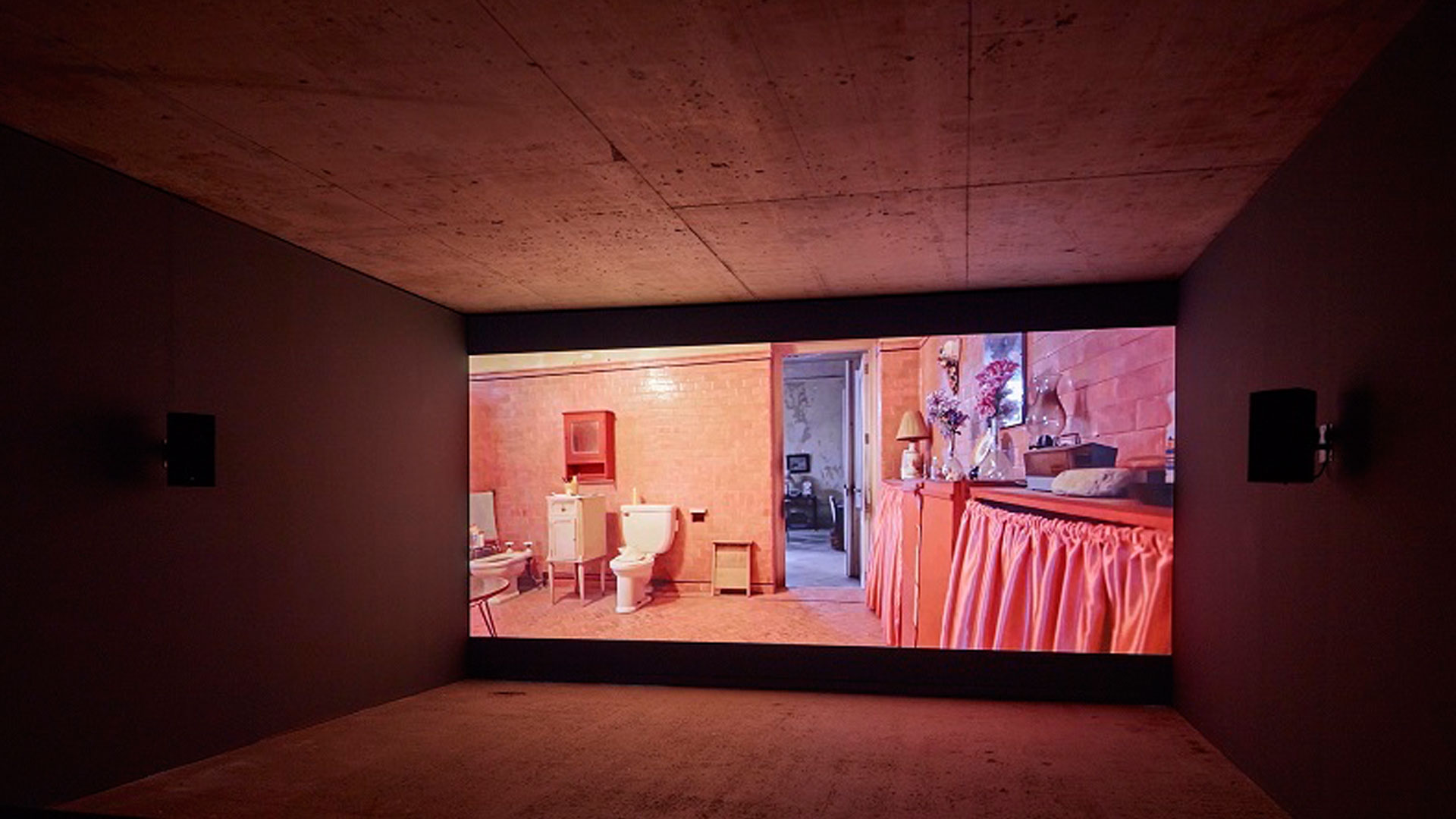 Arrechea in Madrid. New drawings and sculptures by Alexandre Arrechea are on view in Higienópolis, running through next Friday, June 15, at Galería Casado Santapau.

And San Gimignano. Last week saw the opening of Garaicoa’s solo show at Galleria Continua’s space in San Gimignano, Italy. On view: Abismo (2017), a video meditation on the Holocaust, set to Olivier Messiaen’s 1941 Quartet for the End of Time. Through September 2.

Los Carpinteros in Berlin. At KOW gallery, El otro, el mismo / The Other, the Same brings together three recent films, new watercolors, and a large-scale sculpture by Los Carpinteros (Dagoberto Rodríguez Sánchez and Marco Castillo Valdés). Among the films, Comodato (2018) takes viewers on a tour of thirteen rooms of a single house, gradually moving from the luxurious interiors of the elite to humbler dwellings of poorer residents. Among the watercolors, Gran cuadrado de frijoles negros (2017) rethinks the 1915 Malevich icon for contemporary Cuba. On view through July 21.

And in Zurich. Opening just ahead of Art Basel, Los Carpinteros: Susurro del Palmar – The Whisper of the Palm Grove presents large-format bronze sculptures, new watercolors, and Alcenas, an interactive installation with sound. Opening June 9 and running through July 27 at Peter Kilchmann, with an opening reception this Saturday, 5–8 p.m.

Ola Cuba! in Lille. The Artes de Cuba festival in Washington, DC, grabbed much of the media spotlight this season, but we don’t want to overlook the festival going on right now in northern France. A cross-generational roster of 30 Cuban artists and art groups, including Abel Barroso, Elizabet Cerviño, Adonis Flores, and Carlos Garaicoa, are featured in the lead exhibition for Ola Cuba!. A second show is also on view, presenting photographic visions of the island by Marc Riboud, Nicola Lo Calzo, and Gérard Rancinan. There are smaller exhibitions and installations, too, and a program of films, concerts, and performances. (See the schedule here.) Ola Cuba! runs through September 2.

Post-It 5 at Galería Galiano. It’s hard to believe that the annual showcase for emerging artists is half a decade old, but Post-It 5 just opened on Monday. Co-hosted by the Fondo Cubano de Bienes Culturales, the show runs through June 30 at Galería Galiano.

Opening Friday in Playa. Michel Chailloux, a prize winner in last year’s Post-It 4, opens a solo show at Galería Artis 718 in the Playa district. Featuring large-scale paintings and drawings that blend reality and fantasy with a metaphorical jolt, Apnea opens with a 6 p.m. reception.

Portales at Galería Orígines. Museums and the people in them are the subject of Marlon Portales’s solo exhibition in the gallery at the Gran Teatro de La Habana Alilcia Alonso. Portraying visitors the Guggenheim, the Metropolitan, and other art spaces, Marlon Portales: Museums interprets the architecture, the artwork, and the individuals intent on looking at it all. Through June 30.

Batista at Villa Manuela. Rodney Batista is known for dreamlike images that approach matters of mortality with unexpected tenderness. His current show, Epitafio, is on view at Galería de Arte Villa Manuela through Sunday, June 17.

IN FLORIDA AND NORTH CAROLINA…

Rocío García at CCE Miami. As part of the 2018 Out in the Tropics LGBTQ Performing Arts Series, Rocío García: Beyond Eroticism opened last week at the Centro Cultural Español in Miami. Spanning the mid-1990s to the present, the dozen or so works in the show include selections from eight series, including The Thriller, The Mission, and Murder. On view through June 24.

Cuban Streams at Freedom Tower. Cuban Streams: 1855–1965, a multimedia installation by Miami artist César Trasobares, has opened in the Cuban Legacy Gallery at the Freedom Tower. The six-screen installation projects more than 1,000 images drawn from the collection of Ramiro A. Fernández, author of several photographic books about Cuba—including Cuba Then, recently released in a revised and expanded edition by Monacelli Press. Cuban Streams runs through May 19, 2019, in the Cuban Legacy Gallery.

Queenie in East Harlem. Tania Bruguera, Carmen Herrera, and Ana Mendieta are among the artists on view in Queenie: Selected Artworks by Female Artists from El Museo del Barrio’s Collection. While the museum itself is closed for renovation, it is presenting its programs and exhibitions at other institutions—in this case, the Hunter East Harlem Gallery, where Queenie runs through June 23.