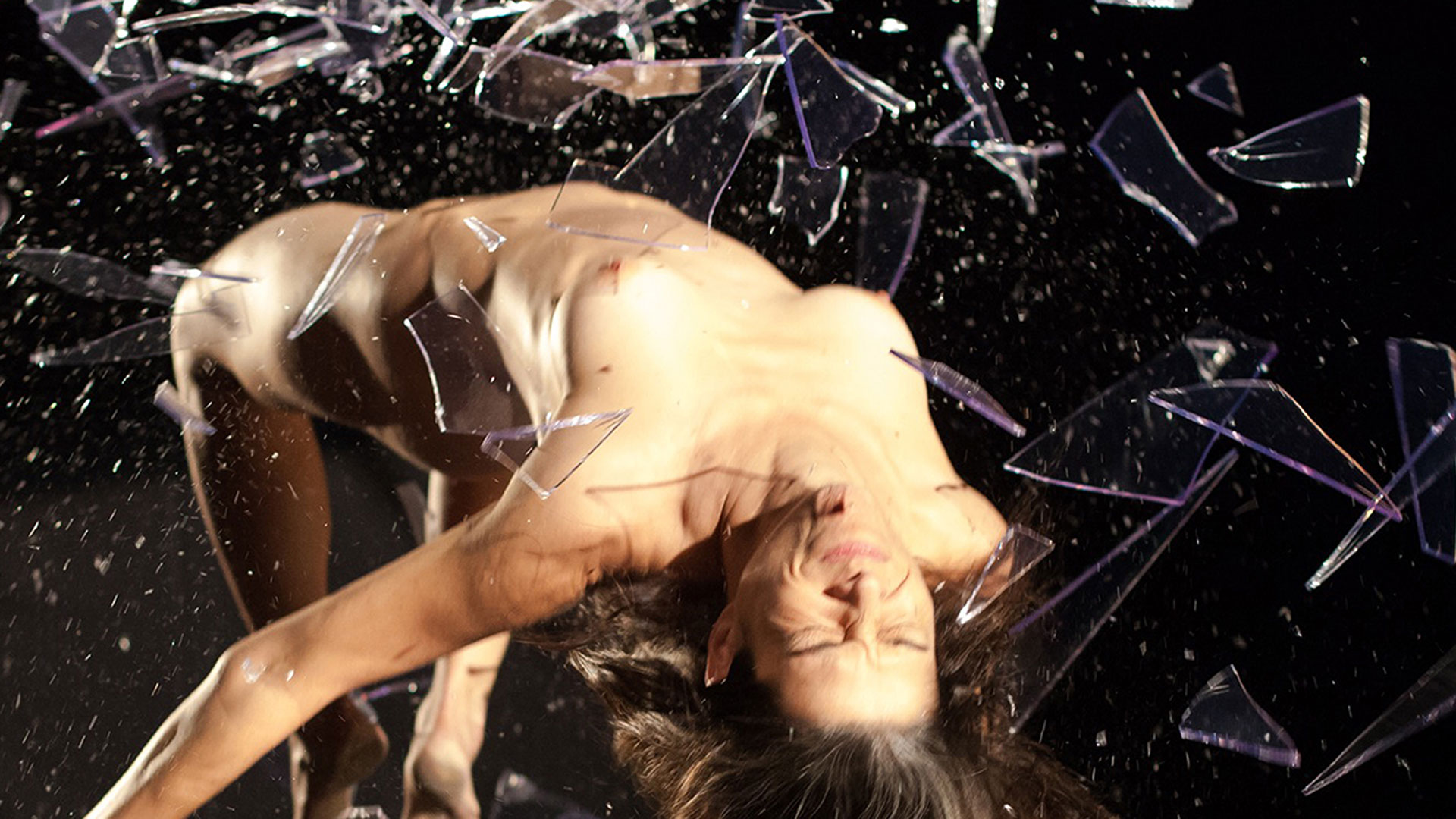 Following its run at MOLAA, Relational Undercurrents: Contemporary Art of the Caribbean Archipelago opens tonight at the Wallach Art Gallery of Columbia University. In celebration, here’s an encore of our article on the show, which appeared this past January. Daniell Cornell, former director of art at the Palm Springs Art Museum, spotlights Cuban artists in one of the most thought-provoking exhibitions in “Pacific Standard Time: LA/LA.”

Relational Undercurrents: Contemporary Art of the Caribbean Archipelago, opening tonight at the Wallach Art Gallery in Manhattan, offers a compellingly revisionist understanding of art from the region. Curators Tatiana Flores and Michelle A. Stephens have resisted the usual interpretations that focus on the diverse cultural heritages of the Caribbean. Instead, they have deployed the geological topography of archipelago as a metaphor to suggest how art reveals continuities and shared experiences among the various island nations and places them at the center of their own identifying narratives.

The curators have devised four organizing categories to demonstrate these affinities: Perceptual Horizons, Conceptual Mappings, Landscape Ecologies, and Representational Acts. Cuban artists are well served by this critical lens. Significantly, this curatorial rubric allows for a wide range of artistic practices, media, and visual languages from pictorial to abstract.

Representing curatorial concerns in “Perceptual Horizons,” Yoan Capote’s Isla (la noche), 2011–12, references the ominous night sea, expansive horizon, and ecological dependence on the ocean. The ostensible painting combines, oil, nails, and fishhooks on jute in a tour-de-force of assemblage. It is simultaneously an illusionistic rendering and an emotional expression of what it feels like to be caught and bound by the vastness of the ocean.

In several works rendered through more traditional media, the horizon figures as a perceptual concept, suggesting a visual boundary or limit. In Jorge Luis Bradshaw’s series Horizonte, 2010, the usual experience of the horizon as a sharp, distinct line becomes blurred, literally. Rather than describing the seemingly endless vista where water and sky merge into infinity, the color-field inspired bluish-green hues and feathery washes in Bradshaw’s blurry acrylic on canvas invoke the claustrophobic feeling of being underwater.

There is an abundance of photography and video in the exhibition, which also often oscillates between the pictorial and abstraction. In Naufragios / The Sound of No Shore, 2015, Manuel Piña begins with a simple monochromatic video of the sea and sky, divided equally by the horizon line. He then manipulates the horizon, digitally folding and dividing the image into increasingly complex geometric patterns of air, water, and horizon as he transforms this natural boundary into a mesmerizing meditation.

Humberto Díaz has created a deceptively simple video out of daily life along Cuba’s Malecón. By a seemingly direct but jerky recording of the seawall from a vehicle traveling along the roadway, he reveals the multiplicity of social, economic, and cultural strata that make up the Cuban populous. As opposed to the tourist’s romantic image of life along the beachfront walkway, Díaz utilizes the still, quiet horizon as a constant presence uniting the pedestrian scenes.

By contrast, in Marianela Orozco’s photograph Horizontes, 2012, a woman’s head and bare arms stretched along the bottom edge of the image substitute for the visual experience of the implied horizon. An impossibly perfect sky, blue with puffy white clouds, occupies the majority of space above her. There is no suggestion of earth or water but only the heavens with a bodiless head and arms spread as if wings. It is reminiscent of putti in traditional colonial paintings, which portray a romantic utopian vision untethered to real people or terrain.

In her cyanotype panels, El Mundo desde abajo / Under View of the World, 2015, Juana Valdes exemplifies the alterative cartography of the “Conceptual Mappings” section. Utilizing the cyanotype’s inherent blue as if it were the ocean, she arranges porcelain figures, china cups and saucers, silver table decorations, and glassware to create a constellation of discrete, isolated forms resembling a group of islands. The print captures the stamps and other identifying origin marks on the bottom of these household objects. That they circulated as valued global commodities under colonialism makes them apt metaphors for the exchange of goods and migrations of people.

Tania Bruguera’s The Francis Effect, 2014-ongoing, links contemporary migration issues to the history of colonialism. Her highly conceptual project asks exhibition visitors to send a pre-printed card to the Pope, petitioning him to provide residency in the Vatican for all those displaced from their homelands. Although the connection to alternative histories that shift from borders to people is compelling, the work’s effectiveness is blunted by its absence from the galleries; visitors have to know about it and ask the front desk for a postcard to participate.

Maria Elena González’s mobile “7,” 2011, envisions the major islands of the Caribbean as shapes suspended in space rather than mapped onto a fixed two-dimensional plane. The idea of islands floating on the surface of the ocean is slyly reconfigured, as the recognizable coastlines extend downward from the end of an arced handmade fishing pole—a reminder that these land masses share a history and a terrain below the surface.

The relaxing of US sanctions on Cuba in 2014 introduced it to the modern tourism that had already placed its stamp on so many Caribbean countries. In “Landscape Ecologies,” the exhibition presents artworks that address the natural environment as a living ecosystem rather than through the romantic idealism of pristine beaches, crystal clear waters, and a paradise unencumbered with colonial history.

Cuban-born French resident Ricardo de Armas considers the archipelago as a geological phenomenon through his uncanny video of buoyant rocks bobbing in the ocean. This magical impossibility addresses the fact that islands do not float but rise up from the ocean floor. Alternating between above-water and under-water views, his poetic meditation communicates vulnerability and the sensation of drowning, recalling the fate of many trying to escape the island.

The fourth organizing topic, “Representational Acts,” oddly contains only one Cuban artist. Miami-born Antonia Wright translates her 2013 performance, Suddenly We Jumped, at the Vizcaya Museum and Gardens in Florida, into a video. In the Vizcaya performance she fell backwards through panes of glass. In the video she appears to rising through water, which transforms into glass as she breaks through its surface with her naked body. The wrenchingly painful action, inflected by a feminist and post-colonial intention, serves as a symbol for glass ceilings but also for the submerged emotions that inevitably break through with violence.

Taken together, the works in this exhibition provide viewers with new understandings by appealing to the metaphoric and figurative potential of island geography and culture. The show uses the archipelago as a rubric to construct new schemes for viewing artworks from the region, through a lens that is both elastic and self-conscious about the process of representation. It gives Cuba a major place as an actor within the constellation of intra-island Caribbean countries, rather than siting it within the constructed external histories of European territorial hegemony.

Relational Undercurrents: Contemporary Art of the Caribbean Archipelago opens with a reception this evening, 6–8 p.m., at the Wallach Art Gallery of Columbia University, where it runs through September 23. It debuted at the Museum of Latin American Art in Long Beach, California, as part of “Pacific Standard Time: LA/LA,” a region-wide, multi-institution cultural initiative organized by the Getty.