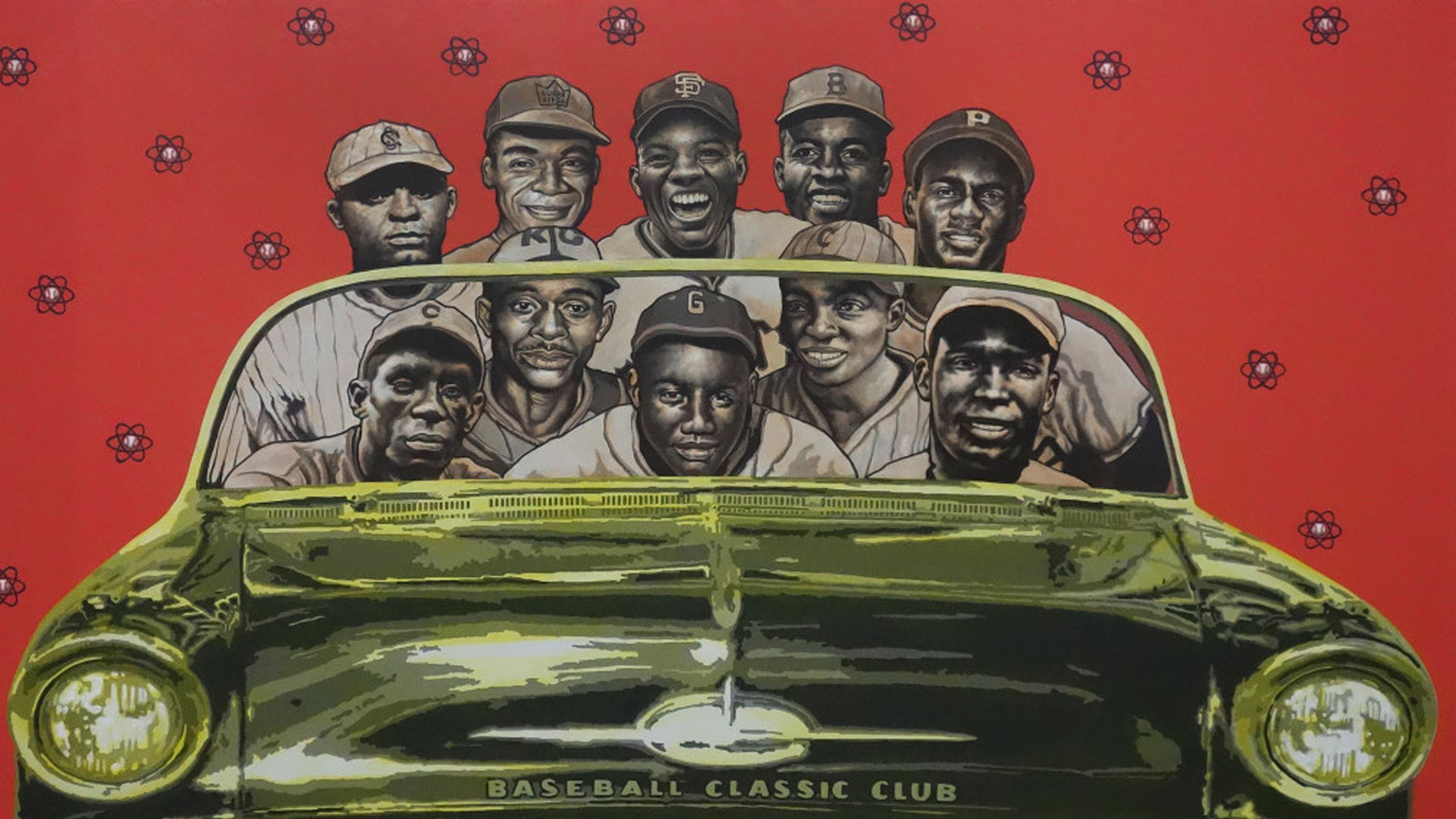 What does it take to bring some 400 artists, dancers, actors, musicians, six award-winning movies and one conservation biologist to the pre-eminent arts venue in the US capital? Alicia B. Adams, curator of Artes de Cuba and vice president of international programs and dance at the John F. Kennedy Center for the Performing Arts, takes us behind the scenes of the festival, opening tonight, May 8.

Later in the conversation, we’re joined by Gilda M. Almeida, director of international programming at the Kennedy Center, who worked with Ms. Adams on the festival.

How did the Artes de Cuba festival come about? How long has it been in the works?

It’s been intentionally in the works for the last three years. But it’s been a long time coming, starting with the first trip I took to Cuba some 20-plus years ago. I was working on a couple of other festivals: AmericArtes, looking at the arts and culture of Latin America, and African Odyssey, where we looked at the diapsoric aspects of Africa.

I included Cuban artists in both of those festivals, and I knew that one day, I would like to present the arts of Cuba in a solo festival.

So Artes de Cuba is part of a broader program of festivals at the Kennedy Center.

So we have done everything under the sun. Africa, which was a four-year initiative. Latin America was a three-year initiative. Then China, where we brought 900 artists from China for a festival. Japan, we brought 400 artists for that festival. India. The 22 countries of the Arab world. We’ve done Russia, Iberia, the Nordic festival, Australia, Ireland, Israel…

Who are the audiences for the Kennedy Center? Is it generally Washingtonians? Tourists? You mentioned your Congressional mandate. Do you get much of a Congressional audience?

I wouldn’t say Congress was a big part of our audience. They come to special occasions, and might come when they have some down time. Members of Congress are busy.

Ambassadors we have, because of all the embassies here. Cultural attachés, people from the embassies, as well as their constituents that are here. But we also reach a national audience. I expect a lot of people will come from New York and even from California for this festival. And internationally. Producers, agents, other presenters. And of course, tourists.

There have been changes in Washington since the festival was first conceived, and last month in Havana too, with the change in government. What are your hopes for Artes de Cuba?

It is a very interesting time—probably the best time for us to be doing this festival, and for bringing to American audiences the best of arts and culture of Cuba.

We’re not doing this for any political reasons—to the contrary. We’re doing it because we value the art from that country, as we have from other countries in the world, and want to bring it to Washington, so that others will be able to enjoy it. We hope to reach a lot of people.

Last month we published a preview of the Artes de Cuba art installations. But there are other things going on throughout the Kennedy Center. What’s the thinking behind this broad approach?

It’s important to have as many touch points as possible to engage people. Somebody may not be interested in the performing arts, but they’re interested in the visual arts, or in food. That gets them into the festival. Then they can begin to have various experiences.

For Cuba, one thing I thought was that people don’t really think about the geography of Cuba—what that island looks like. When saw the ¡Cuba! exhibition at the American Museum of Natural History (AMNH) in New York, I immediately wanted to include some of the work that they had. They had also created some videos on the history of Cuba, and various aspects of the flora and fauna.

Will there be live animals in small terrariums, as they had at AMNH?

No live animals. But images of the butterflies and the birds, the snails—those kinds of things. There’ll be dominoes, and baseball, and a gigantic table in the shape of Cuba that kids will be able to color on, to create a mural. There’ll be iPads with games that AMNH created around the exhibition. We’ll also have the documentary by Soledad O’Brien, and the AMNH’s touch-screen program showcasing Cuban artists.

If you know the Kennedy Center, Cubano Club is where the jazz club is. The jazz performances will be there, and other music performances. And there’ll be a cocktail tasting.

Noches Cubanas is in the atrium of the Kennedy Center, on terrace level. We’re setting it up as an exhibition space as well as a club and lounge. This is where we want to have pop-up performances, which we will probably advertise only through social media. It’ll be free to the public. People can come in, there’s a bar, and there are free exhibitions on both sides.

Can you give us an idea of what you have scheduled for dance and theater performances?

In dance we’re bringing, of course, the Ballet Nacional de Cuba. It will be the 40th anniversary of that company’s inaugural trip to the United States. Actually, they premiered in the United States at the Kennedy Center. So this will really be a special occasion.

We’ll have Malpaso, which is a contemporary repertory dance company that’s also based in Havana. And Irene Rodríguez, who does Cuban flamenco. She’s everybody’s favorite, and we are happy to have her.

For theater, we have Teatro El Público, probably Cuba’s most celebrated theater company, doing a Fassbinder piece, The Bitter Tears of Petra Von Kant. The other piece we’re doing is 10 Million, with Argos Teatro.

You’ve got an enormous range of music scheduled, too—much more than we can cover here. Give us a few highlights.

GMA: The range is so great. The Havana Lyceum Orchestra is presenting a program with all classic composers. We’re including a piece by Leo Brower, who is so important in Cuban music. The Piano Marathon [with Aldo López-Gavlián and Jorge Luis Pacheco] is going to be very popular. We have hip-hop with La Reina and La Real.

Orquesta [Miguel]  Falide is also a great orchestra, from Matanzas. They carry on the tradition of the danzón, the traditional dance of Cuba, but they transform it in a more contemporary sound.

The López-Nussa Family is a treat. They don’t necessarily perform together. Each individual [member] has their own career and travels a lot. So just to have the family performing together is incredible. And we have musicians like Tiempo Libre bringing that Miami vibe.

There’s a film series, too.

GMA: We’re doing a retrospective of the Havana Film Festival. We invited Iván Giroud, the president and curator, to do a selection of six films. The first day are the classics, from the 1960s and the 1980s, and the second day, three movies that got the Grand Coral award at the festival. Fresa y Chocolate is one of them. It’s a good selection of six films that well represents the history of the festival.

ABA: We also will show a couple of documentaries. One we commissioned, which is a short film called Cuban Canvas. It looks at five visual artists, including Mendive, Roberto Diago, Rocío [García], and a couple of newcomers [Ariamna Contino and Roger Toledo Bueno]. It’s a 15-minute short. I think it’s a great documentation of where the visual arts have been and where they’re going.

GMA: There’ll be a live performance by Mendive. We’ll have some musicians—Yosvany Terry on the sax, Adonis González on piano, and Mauricio Herrera on percussion. There’ll be two dancers also, and he will be painting their bodies and other things—sculptures.

Is there anything either of you would like to add? Any final thoughts?

GMA: This is really historic. We hear from the island, we hear from the artists, that this is the first time that there has been such a big representation of Cuban culture abroad. Not only [that it’s in] the US, but with all the different disciplines, with 400 artists participating in the festival—the size, the scope of it, the logistics in all the aspects. We put a lot of effort into curating this festival, to be careful with the selection, to offer the best. We are proud, and it’s an honor to be able to make it happen.

Artes de Cuba opens this evening, May 8, with a concert by Omara Portuondo, Aldo López-Gavilán, Orquesta Miguel Faílde, and other performers. The art installations and exhibitions open tomorrow, May 9. Artes de Cuba runs through May 20, followed by a week-long engagement by the Ballet Nacional de Cuba, May 29–June 3.