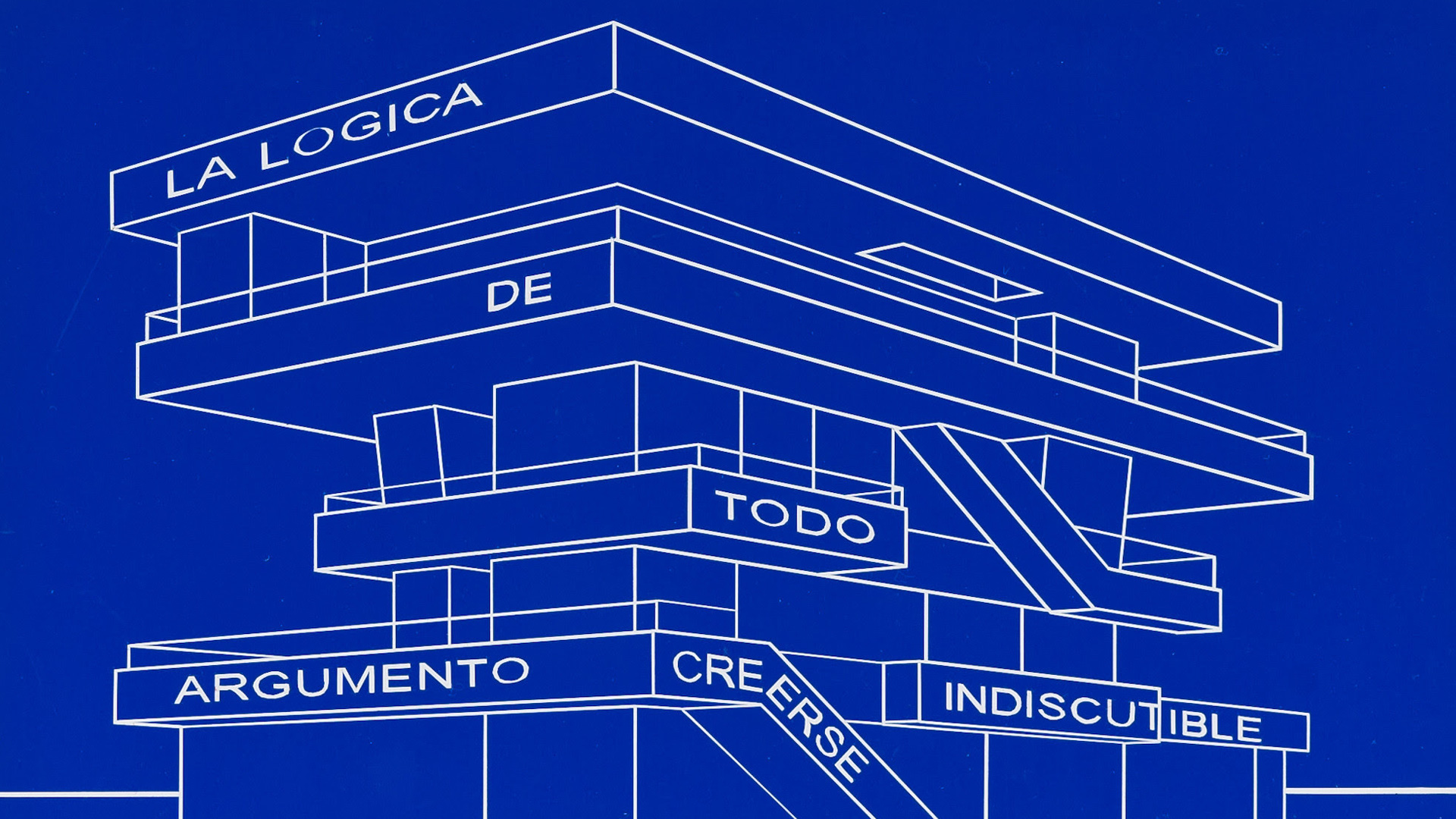 Soriano in Miami. Rafael Soriano: The Artist as Mystic, the long-awaited retrospective that debuted this past January at the McMullen Museum of Art in Boston, has completed its run at the Long Beach Museum of Art in Southern California. The show is now headed to the Frost Art Museum, where it opens to the public this Saturday, October 28. The opening reception runs 4–7 p.m.; RSVP here.

And still running at the Frost: Reflections of the Americas: New Acquisitions from the Collection of Univision, featuring art by an international roster that includes Cundo Bermúdez, Wifredo Lam, and Rafael Soriano. Through January 3.

Al Dente at Galería Habana. The small-scale poetry of Rigoberto Mena and the explosive chaos of Alejandro García’s art come together in this double show, which opened Friday. Pasta cooked al dente has a firmness and consistency that offers a certain resistance to the teeth, with delicious results; for the exhibition’s curators, the works in Al dente are similarly appealing. On view through November 24.

Today: La gaceta at 55. This afternoon, La gaceta de Cuba, the arts and culture magazine of the Unión de Escritores y Artistas de Cuba, celebrates the launch of its September-October issue, and its 55th anniversary, with a presentation by poet Víctor Fowler. 4 p.m. at Portal Hurón Azul in Vedado.

Garaicoa in Turin. Just in time for Artissima, the art fair opening November 2, Carlos Garaicoa: El Palacio de las Tres Historias (The Palace of the Three Stories) opens next Monday, October 30, at the Fondazione Merz. Continuing Garaicoa’s ongoing exploration of cities as ideal spaces and lived realities, the exhibition features several site-specific installations commissioned for the show. The largest, which gives the show its title, is a double-height steel structure that takes its form from the Merz Foundation’s own building, in a way that recalls the utopian visions of the early 20th century. The opening reception begins at 7 p.m. next Monday; the show runs through February 4.

And Galería Servando at Artissima. The Havana gallery is bringing the work of two emerging artists, Leandro Feal and Luis E. López-Chávez, to the art fair in Turin. Feal’s black-and-white photographs transform the urban landscape into a series of dreamlike flashes; López-Chávez’s installation Contra los poetas (Against the poets) is an unfinished landscape of wood scraps, carefully polished and painted white, which viewers can continue assembling as they like. Artissima runs Friday, November 2 through Sunday, November 5.

Cuba mi amor in France. Galleria Continua celebrates the 10th anniversary of its space in Les Moulines, France with a trio of exhibitions—including Cuba mi amor. The group show, which opened earlier this month, features work by more than a dozen Cuban artists, including Celia-Yunior, Yoan Capote, Elizabet Cerviño, and Leandro Feal. On view through December 31.

Art vs. Fetishism in Miami. Sandra Ramos, José Toirac, and Mabel Poblet are among the artists joining an international lineup to explore how fetishism—the excessive veneration of material objects—has permeated contemporary culture, and how artists have responded. “Is art a weapon used to denounce fetishism as a tool of manipulation, or does it work because of that tool?” asks curator Alejandro Machado. “Do we have to respond to this question? Does art have to prove anything?” The answers, or some of them, are on view at the Pan American Art Project Annex in Little River, where Art vs. Fetishism or The Utility of Idolatry runs through January 13.

Alom in Connecticut. At the Jorgensen Center for the Performing Arts on the University of Connecticut Campus in Storrs, Cuban Analogs: Photography by Juan Carlos Alom showcases work by the photographer and videomaker. This Thursday, October 26, there will be a lecture about the exhibition at 5 p.m. The show runs through December 10.

Juana Valdes “At the Table” in New York. As part of the discussion series presented in conjunction with The Supper Club, the solo exhibition by Elia Elba now on view at The 8th Floor, Juana Valdés will join Alba and fellow artists Maren Hassinger and Zachary Fabri for “At the Table,” an informal discussion of global blackness, transnational identity, black female and male subjectivities, and more. November 9, 6–8 p.m. RSVP here.