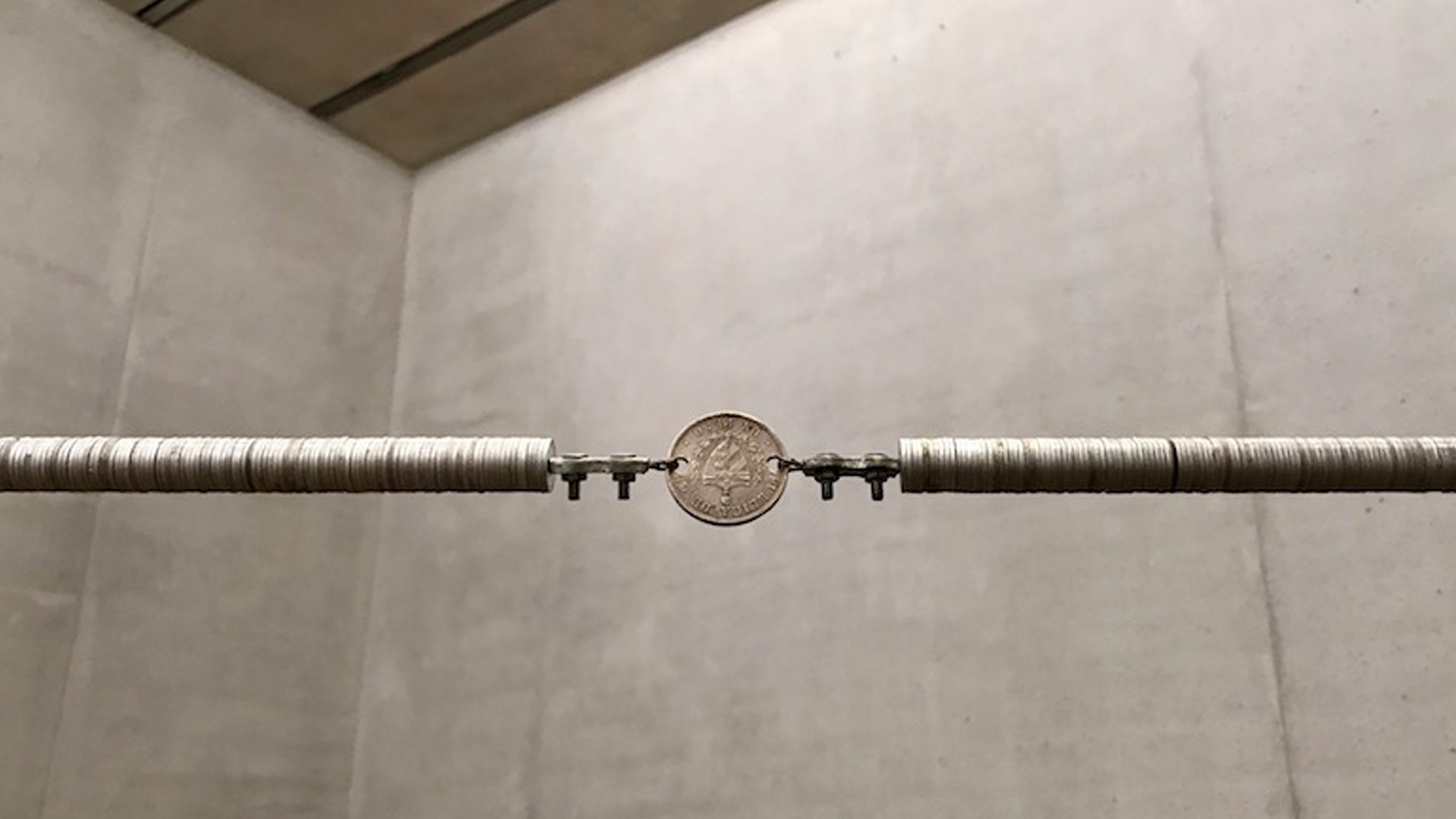 Abstracting History, which runs September 22­–January 7, focuses on the vast tradition of abstraction in Cuban art as a significant conceptual and discursive line. As a starting point, the exhibition includes works by pioneers of concrete art, such as Sandú Darié (Romania, 1908–Havana, 1991) and José Ángel Rosabal (Manzanillo, 1935– lives and works in New York), both members of the Diez pintores concretos (Ten Concrete Painters) group (1958–1961).

Diez pintores concretos meant, for the first time, the alignment of Cuban art with the most advanced edge of modern art, in a moment marked by autonomous and self-referential work. Although the group’s founding dates to the late 1950s, concrete art was already a presence in Cuban art by the end of the previous decade. A vital example is Sandú Darié’s solo exhibition “Pictorial Structures,” presented at the Lyceum Lawn and Tennis Club in Havana in 1950. In this show,  the suppositions advanced by the European avant-garde—specifically Theo Van Doesburg—merged with the trends of Latin American art of the time, in which the disintegration of the frame, and the integration of the spectator into the work, are essential.

The 1959 Cuban Revolution signified a return to figuration. The reluctance toward abstract tendencies (both concrete and expressionist), which were interpreted as alienating and disconnected from the historical moment, put an end to the abstractionist push that characterized the Cuban artistic scene since the 1940s.

Many artists left the country, such as Zilia Sánchez (Havana, 1926– lives and works in Puerto Rico), whose very distinctive work is represented in the present show. In Untitled (1970) and Sin título (1971), the delicacy of the minimal palette and the sculptural character of the undulating canvases create a personal universe filled with sensuality and mysticism.

Flavio Garciandía’s Friijoles negros series serves as a vital bridge between the pioneering works of Cuban abstract art included in the exhibition and the reintroduction of abstraction within the vocabulary of contemporary Cuban art. Garciandía (Villa Clara, 1954– lives and works in Mexico City) is a core figure within the so-called Cuban Renaissance or New Cuban Art, as much for the versatility of his ever-changing and incisive work as for his unsurpassed role as teacher at the Instituto Superior de Arte (ISA) from 1981 to 1990.

The dynamism of Flavio’s work–in which the carnivalesque and the postmodern connect with high and low culture amid the sarcastic heights of art, politics, and daily Cuban life–is fertile ground for a play of meta-linguistics between modern and contemporary art.

Algo pasa en mis frijoles negros (o Ad Reinhardt en La Habana) no. 27 [Something’s happening in my black beans (or Ad Reinhardt in Havana) no. 27, 2014], included in the present show, is related to works that Garciandía began as early as 1994, in which beans served as a pretext for dialogue with major figures of moder art such as Ad Reinhardt, Kasimir Malevich, and Robert Ryman, among others.

Hundido en la linea del horizonte (Sinking on the horizon, 2007) by Eduardo Ponjuán (Pinar del Rio, 1956– lives and works in Havana) is directly aligned with the exhibition’s animating idea and title. In this sculptural installation, a tension cable is tightly strung with Cuban centavos, of which only the edges are visible, with a Cuban peso fully visible at the center.

The arrangement, the material, and the mint dates for the coins are all indispensable for a complete understanding of the piece. The centavos, made of aluminum, were all minted in 1983, while the peso at the center of the composition–which can be seen front and back–is made of silver and was minted in 1934.

With great economy of resources, Ponjuán has established a sure-handed metaphor of Cuban society. The central coin reflects the law, passed in May 1934, in which the Cuban National Monetary System, backed by silver, sought equity with the US dollar. On its surface is the motto Patria y Libertad (Homeland and Freedom). With the monetary change of 1961, this was replaced by the current motto, Patria o muerte (Homeland or death).

Sharing the gallery space are works by Leyden Rodríguez-Casanova and Glenda León, both marked by synthesis and poetry. In the case of Rodríguez-Casanova (Havana, 1973– lives and works in Miami), Nine Drawers Left (2009) is one of the pieces that appeared in the artist’s excellent solo show You might sleep, but you will never dream, presented by David Castillo Gallery in 2009. STarting from dysfunctional fragments and anodyne serial objects, Rodríguez-Casanova re-creates his personal memory. The rarified atmosphere marked by asepsis becomes the supporting point for the reconstruction of memory.

Cada sonido es una forma de tiempo (Every sound is a form of time, 2015) by Glenda León (Havana, 1996– lives and works in Havana and Madrid) is composed of visual scores “written” by elements such as rain, autumn, the flight of the birds, the stars, the city, random chance, or the names of gods. A work of great sensitivity and synaesthesia, “Every sound is a form of time” was presented at the National Library Theater during the 12th Havana Biennial, performed by pianist Aldo López Gavilán.

Untitled (2014), by Aimée García (Limonar, 1972– lives and works in Havana) is a collage of newspaper clippings, their texts and images erased from the fabric to create fields of color. Like a latter-day Penelope, García un-writes the cacophonous noise of the press in an attempt to rewrite our own personal history.

José Ángel Vincench (Holguín, 1973– lives and works in Havana) bases his work on the history of art and more specifically, on Cuban abstract art. In Exilio 5 (Exile 5, 2013) and Gusano #1 (Worm # 1, 2015)—both from the series El peso de las palabras (The weight of words)—Vincench appropriates words that are “stigmatized” in current Cuban slang and subjects them to formal deconstruction.

The superposition of the letters that make up each word generates a new lexicon, abstract in nature. The use of gold paper adds another level of reading, in which banalization acquires new meanings.

The work of Reynier Leyva Novo (Havana, 1983– lives and works in Havana) is a profound anthropology of historical text. Nihilistically, Reynier scrutinizes data, digs up figures, and dismantles documents that are then rearticulated in an entirely new, at times cryptic, typology that requires the viewer to play a critical role.

9 leyes (9 laws, 2014), from the series El peso de la historia (The weight of history) takes as its starting point a selection of official documents—nine in all—from the 1959 Cuban Revolution. With the use of the software program INk 1.0, these laws are reduced to the amount of ink used to print them. The result is a series of nine rectangular black fields, aligned in succession.

The exhibition runs through January 7 at PAMM.