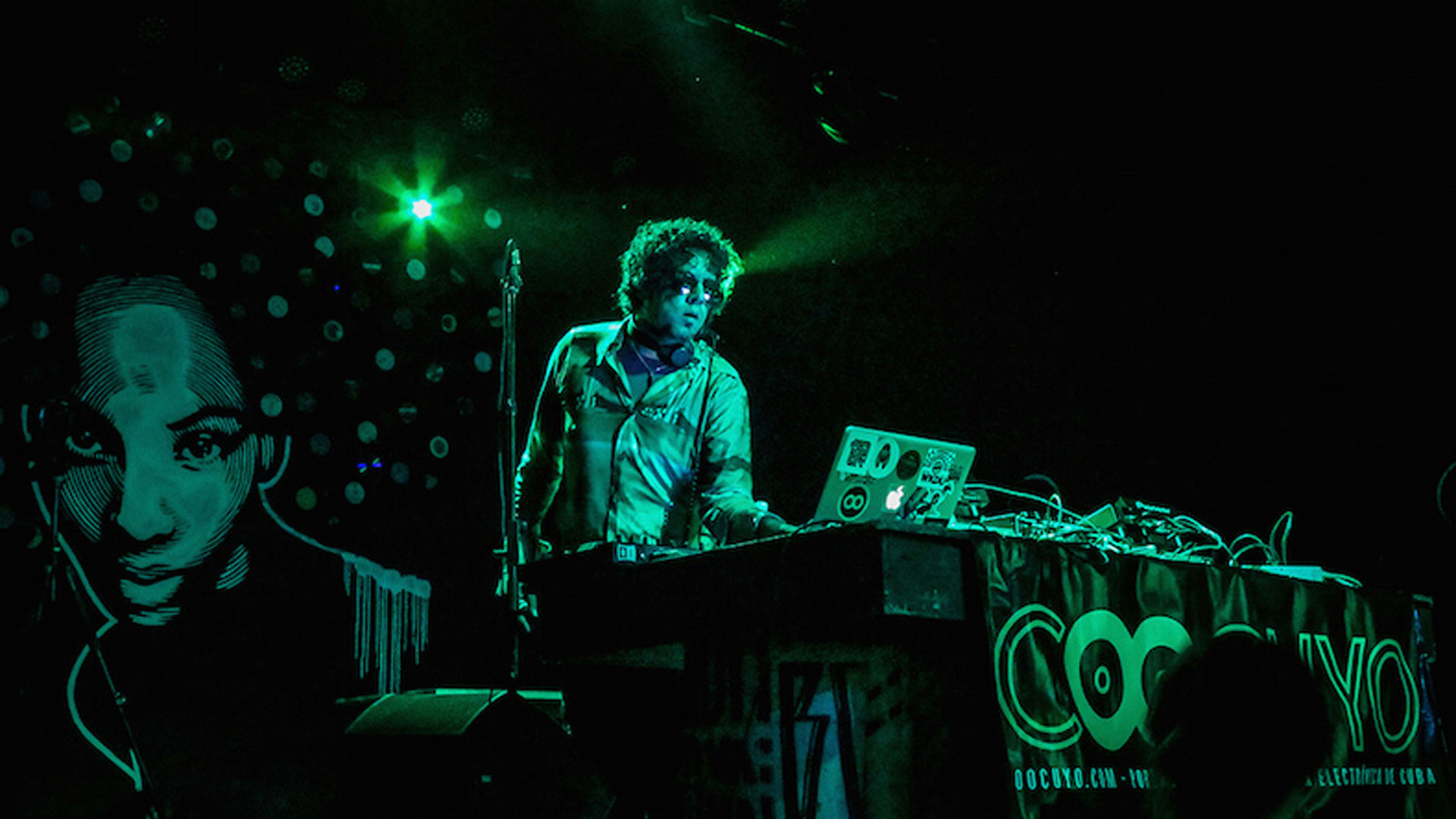 A decade ago, electronic music was completely overshadowed by reggaetón and salsa in underground clubs in Cuba. Today, three DJs—an American, a Cuban and an Italian—have taken it upon themselves to turn it into a cultural movement.

They started by creating an online platform to promote the work of Cuban DJs. In less than a year, their Facebook page has gotten more than 10,000 followers from Cuba, Miami, London, East Timor, Germany, Brazil. And the list goes on.

Coocuyo is the name of the website and project, whose first version emerged on October 31, 2015. Today, the number of DJs on the page has grown. More than an electronic portal, the project weaves together both online dissemination and a network of real-world contacts extending to every Cuban province.

As defined by the Italian DJ Desiderio, Coocuyo aims to be an online platform for the production and distribution of Cuban-made electronic music, bringing together “the work of artists performing at New York’s Output discotheque and at provincial clubs in Cuba.”

Desiderio is the essential piece that has set the whole mechanism in motion. That is to say, he is the one who shaped a community, gave it a name, and declared that it was possible to take it to another level.

Desiderio came up with the initial idea when, on a trip around Cuba ten years ago, he met a fellow at the beach. He told Desiderio that he worked as a DJ, and that his aspiration was to make a living at it. The idea stuck in Desiderio’s mind and became an obsession.

Coocuyo is essentially the result of the brotherhood between Desiderio and the other two founders: New Yorker Derek Turcios and Cuban Joyvan Guevara, aka Djoy of Cuba. It is astonishing how the three have, in a few months, achieved something no official Cuban institution has done: to create a movement around a music that was often rejected over the decades under various stigmas. The days when it would have been repressed as an extrangerizante foreign cultural element are long gone. If in the 1960s the Beatles were banned in Cuba, today electronic music wins more followers daily.

For Derek Turcios, the US-born son of Cuban immigrants, electronic music was a link to his family’s identity. It was the excuse that led him to get acquainted with the country he had only heard about from his parents’ stories. In 2013 he made his first trip to perform as a DJ in Havana. There is something symbolic about him too: he was the first US artist to appear on the island after the reopening of the US embassy in 2015.

But before he set foot in Cuba, his music had already arrived. In Havana dance clubs, Cuban DJs blended their Afro-Cuban drums mixes and electro-acoustic sounds. One day on Facebook, BJoyce, a Cuban DJ, contacted Turcios to ask if he was the creator of the song they were pinchando on the island, and invited him to join. With that, he met Djoy in person, along with many others from all over the country. That was the beginning of the brotherhood of the Coocuyos, as they call it now.

The cocuyo is an insect found only in Cuba: a cockroach with two spots behind its head that at night emit a green light. It is currently in danger of extinction.

For a long time, foreign music has been restricted in Cuba as a threat to national identity. Djoy, on the other hand, looks at electronic music as culture and believes that a DJ should feed on all kinds of rhythms.

First it was a hobby for him, mixing music in a Havana club on Sunday afternoons. Now it’s his job. Djoy is the founder of the first electronic music festival in Cuba, the Rotilla Festival, which was attended by just over 100 people in 1998. For the 2011 edition, about 20,000 people attended. Soon the Cuban government decided to take back the independent organizers´ control.

With Djoy, no attempts at diverting his attention from the international rhythms worked. “Since childhood, I was always interested in new trends,” he says. “Within the rock & roll scene, avant-garde music looked for the newest styles. From grunge to the arrival of industrial music, I started to work more and more with electronic music, with a dance concept but with elements of rock/funk/reggae/disco/acid.”

For Turcios and Joyvan, as for many musicians today, there is no division of styles. Derek´s mother taught him to speak Spanish and play the piano at the same time. And it is no coincidence that one of his albums is called Tambor de Yemayá.

The influence they have had on each other transcends music. “The exchange with Derek, Desiderio and each of the foreigners involved since my inception has been of the greatest help in my entire career and I know it will continue in the future,” Joyvan said. “I think they take our simplicity, natural joy, and rhythm, our friendship that for them is very precious. They take the colors and the urge to return.”

“Desiderio felt the talent of our country and how it was stagnant with respect to the world,” he added, speaking about the creation of Coocuyo. “Nobody knew us except through this portal that has brought us all to light. I think it will become our “Resident Advisor” and will be an important platform for the international scene in the coming years.”

On his second trip to Cuba in 2008, Desiderio made a film to document his motorcycle journey from one end of the country to the other. “After making that movie, everything seemed easier in life,” said Desiderio. “Imagine, I love that island and I hate it too,” Desiderio says when he talks about the road trip.

In that month, he learned how to repair a World War II–era Soviet motorcycle, fractured an ankle, and learned to understand the Cubans.

His goal now is to give space to DJs who make music with few resources. “They can take music from the sounds of a cellphone,” he says. For him, this music has more strength because of the few resources with which they make it—the work of “someone who is able to create even if he is hungry,” he says.

In three months, the Italian designed and programmed the website. It has a classic design, with black and green, like the cocuyo. So far they have the work of 70 DJs on the site. In a country like Cuba, with limited internet connections for many of them this is the first time that their music has reached the rest of the world and makes them available to international producers. The intention is “to keep growing, as a place for all.”

For the first time in June of this year, a US DJ participated in the AM-PM America Festival for this music in Havana. The DJ was Derek Turcios. There, Coocuyo´s online portal was launched, along with a movie about the DJs in Cuba. It took two months for the Ministry of Culture to approve the film’s screening at the Festival, before the DJs were finally given the green light to continue.

At the end of that night, the three DJs played a concert at FAC, the Fábrica de Arte Cubano (see video below, with Desiderio speaking). There was something epic and hallucinogenic that night, under a light as green as when the cocuyo is glowing.

Update: Arrechea in São Paulo, Garaicoa in Houston, and Double Dulzaides in Havana