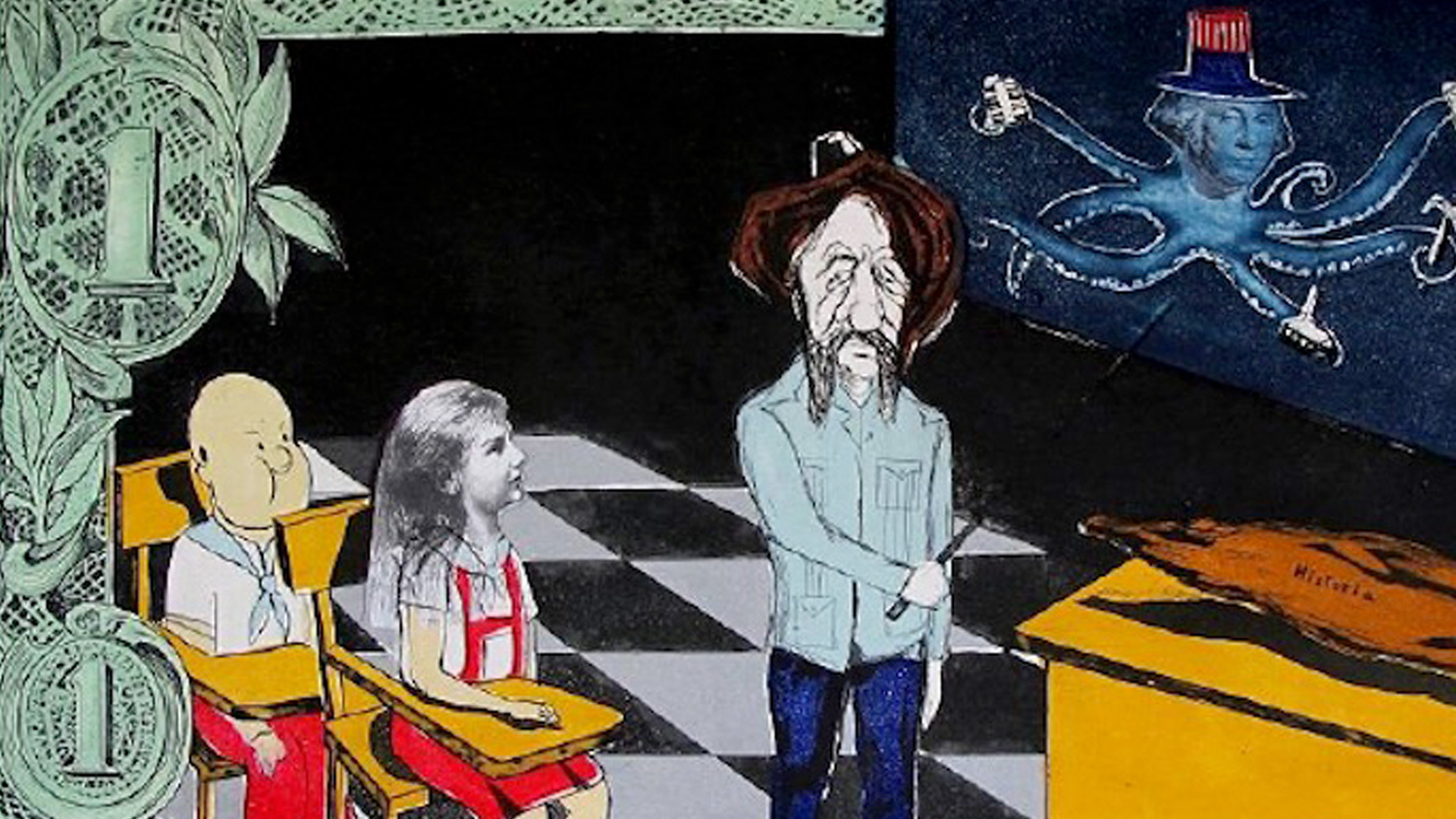 Master, when you said

‘With all and for the good of all,’

Who does that refer to?

The tradition of Cuban political satire goes back in time to the beginning of the 19th century, a crucial moment in the development of Cuban identity. Among the early expressions of this tradition are paintings by Víctor Patricio Landaluze y Uriarte, the Cuban teatro bufo, and the notorious lithographic series put out by the tobacco industry. Among the best known of these series were Vida y muerte de la mulata (Life and Death of the Mulata) and Tipos y costumbres (Types and Customs), published by the Llaguno y Cía cigar factory.

Various publications followed during the colonial era, especially La Charanga, El Figaro, El Mundo, and La Discusión. With the birth of the Republic in 1902, the creation of the weekly La Política Cómica(1905–1931) marked an important milestone within the history of Cuban political satire, becoming the “Official Organ of Liborio” from 1911 onward. Within the different archetypes of Cuban satire, Liborio is an essential figure. His emaciated and stooped frame, with long sideburns and large trousers, embodies the image of the Cuban people, a victim of American interference and the rulers of the time.

The figure of Liborio gives way to El Bobo de Abela, which comes to light in 1926. This character continues to represent the Cuban people, but in contrast to his predecessor El Bobo has a much more modern look, and a sophisticated symbology.

El Bobo is followed by El Loquito by René de la Nuez. The simplified and angular lines of El Loquito continues the tradition of encrypted messaging that allows the author to avoid the censorship of the Batista dictatorship. El Loquito becomes a regular in Zig-Zag, whose political satire comes into open contradiction with the revolution of 1959, resulting in its definitive closure on January 31, 1960.

Zig-Zag will be succeeded by Palante, whose first issue comes out on October 16, 1961. I mention this publication because it clearly illustrates the blow inflicted on Cuban political satire from that date. The name of the weekly is derived from the slogan then in vogue: “We are socialists, pa’lante y pa’lante[going forward].” The name alone demonstrates the publication’s political affiliation and commitment to the government in power, banishing in advance the intrinsic quality that had thus far characterized Cuban political satire, as an arm of popular sentiment against the abuses of the government in power.

In this sense, the hermetic character of Salomón, created by Santiago (Chago) Armada (1937–1995), deserves special attention. Salomón becomes a vital icon of the new direction [of Cuban society]. Isolated, rarefied, in his own world, Salomón is an unrealized dream and an inevitable icon of the early 1960s. Salomón was published in the weekly magazine Revolución from 1961 to 1963. At that point, the hermetic character ended up continuing his soliloquy in absolute isolation.

Undoubtedly Liborio, El Bobo, and Salomón embody the historical moment in which each of them lived. But it is not by chance that they transcend their time and migrate from the world of caricature to become subjects of sustained homage in Cuban art—just as it is no coincidence that the best expressions of current Cuban political satire survive, not in the press, but in the visual arts.