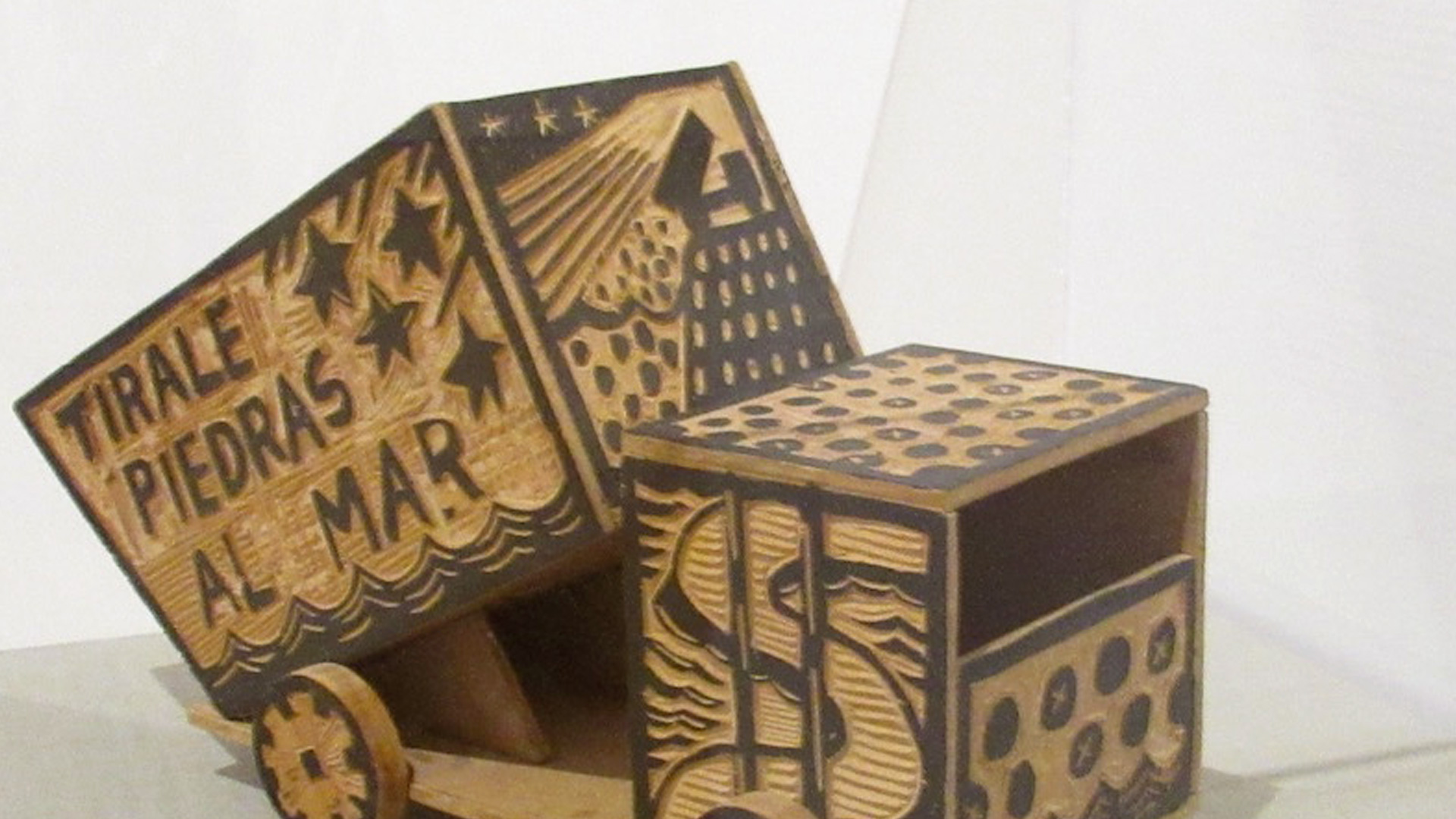 Last Friday, Wild Noise/Ruido Salvaje opened at the Bronx Museum of the Arts. Originally planned as the second half of an exhibition exchange with the Museo Nacional de Bellas Artes in Havana, the show ran into a series of setbacks.

Among the obstacles was a concern on the part of the Cubans that state-owned art sent to the United States would be subject to seizure, in response to legal claims by Cubans in the US whose property in Cuba had been taken after the Revolution.

The museum did obtain immunity from seizure for the exhibition, said Bronx Museum Director Holly Block, but the Cubans decided not to lend work from the Museo Nacional’s collection, “considering the change in administration [in Washington].”

“We really expected to bring the collection here [from Havana],” she added, leaving the curatorial team little more than a month to organize a new show. Bronx Museum curators collaborated on the show with Corina Matamoros and Aylet Ojeda Jequín, curators of contemporary Cuban art at the Museo Nacional de Bellas Artes.

The 60 or so works represent approximately 30 artists. Most works are from the Bronx Museum’s own collection, with others coming from private collections in New York and Florida, and from the artists themselves. An attempt was made to follow the selection of works from the Museo Nacional, said Block, but not all of the original artists could be represented.

Even so, the exhibition presents a broad, multigenerational survey. The artists on view range from established figures like José Bedia, Carlos Garaicoa, and Los Carpinteros to younger artists like Wilfredo Prieto, José Ángel Vincench, and Humberto Díaz. Díaz recently returned to the Bronx for the second part of a three-month artist residency.

Among the works making their public debut is Eighteen Reasons to Cease Making Art, a wry photographic series by Felipe Dulzaides. There is a puckish humor too in Sandra Ceballos’s que la patria os contemple orgullosa (For the homeland looks proudly to you), which expressively arranges souvenir t-shirts under glass domes.

The art market itself comes in for ironic treatment in René Francisco’s Dos coleccionistas (Two collectors), its right edge bordered by 35mm slides.

Other works are somberly meditative. A group of pieces by José Toirac, and by Toirac with Meira Marrero, collectively reflect on Cuban history and politics. The Twelve is a set of portraits that allude to the 12 apostles. Done in pencil, gold leaf, and red wine, they depict unidentified bodies left in the morgue after dictator Fulgencio Batista fled the country in 1959.

This haunting series is positioned directly opposite a similar, earlier work by Toirac. Cara y Cruz (Heads and Tails) is a grid of 16 oil paintings that depict individuals who were executed by various groups just before and after the Revolution. “With this installation,” the curators wrote, “Toirac emphasizes the commonality of death, where the barriers between ‘good’ and ‘bad’ vanish.”

One artist who is notably absent is Tania Bruguera, who called a press conference last month to demand that her 1996 video performance, Cabeza Abajo/Head Down, be withdrawn from the show. According to the New York Times, Bruguera felt that the project “relied too closely on the Cuban government, which she opposes.”

Block expressed regret at Bruguera’s response, but the museum is honoring her wishes. The video, part of the museum’s collection since 2000, is “a work that we’ve shown many times,” Block said, “and we’re sad she’s not here.” But, she added, “we don’t embargo cultural institutions. We are about exchange and ideas.”

Wild Noise/Ruido Salvaje runs through July 3 at the Bronx Museum of the Arts.