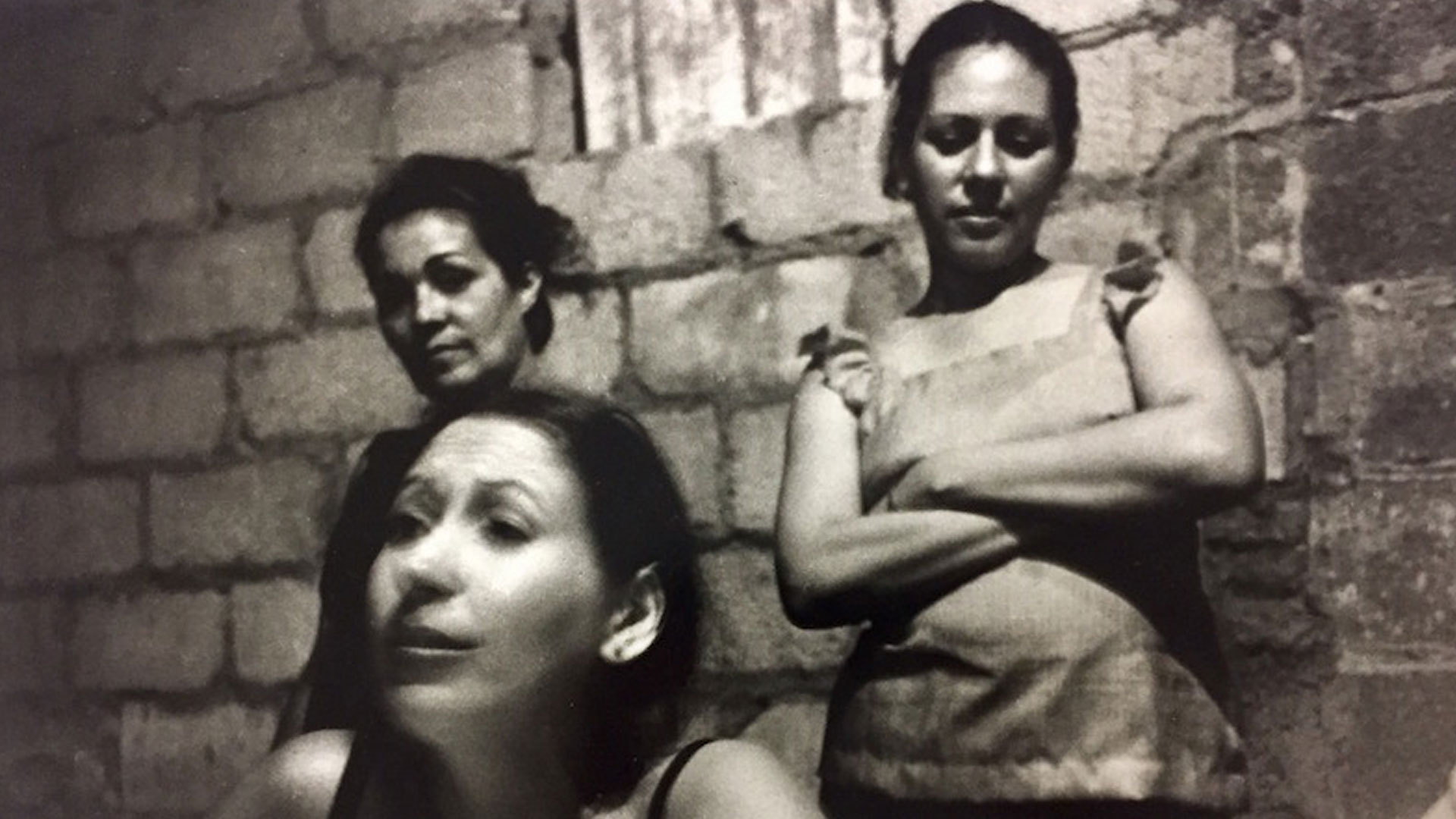 Part of our mission at Cuban Art News is bringing overlooked aspects of Cuban art and cultural history to audiences on and beyond the Island. With that in mind, we continue Aldeide Delgado’s survey of women photographers in Cuba, picking up in the mid-20th century.

The triumph of the Revolution on January 1, 1959 signaled a change in the political, economic, social, and cultural order of the country. Until then, the island had witnessed increasing numbers of women photographers, especially those who were part of the Women’s Section of the Photographic Club of Cuba, or who worked for magazines like El Figaro or Social. With that in mind, it is surprising to find, in the second half of the century, a comparatively small number of women photographers.

According to Lic. Laura Alejo in Después del sonido del obturador. El Club fotográfico de Cuba (1935-1962), photography had been largely taken up by wealthy professionals in law or medicine, and prosperous businessmen and merchants, all of whom could afford to purchase the materials required for practicing the photographic art: cameras, a plentiful supply of film, chemicals for developing the images, and other equipment. In 1960, with the nationalization of private companies, many of the elite left the island. With that development, the Photographic Club of Cuba—which gathered the largest number of amateur photographers in the years of the Republic—soon closed its doors.

In photography, the new era found an ideal tool for transmitting its aesthetic and political values. In this sense, the group of photographers that emerged in the late 1960s reflected the prevailing cultural policy. The depiction of working people, the building of the new society, and other sociopolitical imagery were among the fundamental themes of the period. The documentary and the social significance of the image were privileged as both reflection and testimony of the historical moment as it unfolded.

One example of this approach is Photo Shock, an open call sent out by the Photography Section of the Hermanos Saíz Brigade of Young Writers and Artists. Led by photojournalist Mayra Martínez (1952–), this event addressed issues of youth in work, study, and advocacy.

In Martínez’s photographs, not only topics of social impact—sugarcane cutting, factory work, carnaval in Havana—were important. Her interest in compositional rhythm and symbolism as can be seen in La muerte espera sentada (1984), one of her most beautiful images. Also notable: her participation in a range of exhibitions, such as Hecho en Latinoamérica during the First Latin American Colloquium of Photography in Mexico (1978), and La fotografía en Cuba in the first Havana Biennial (1984). More than a decade of active work garnered 12 national and three international awards.

In the text Fotografía cubana de los 80. Las opciones del dogma, Msc. Grethel Morell recognizes that, by the second half of the decade there was a relaxation in the thematic rigor that characterized photographic work up to that point. Documentation of “the real” gave way to other, more subjective, and even trivial, areas of reportage. This is the case in one of the first series by Gilda Pérez (1954–). Though made slightly ahead of the 1980s, it already reveals some of the traits pointed out by Morell as defining Cuban photography in that decade, particularly the late 1980s. Paisajes de patio (1978) is a gateway to the author’s intimate world, in which the patio becomes an pretext for exploring the primary spaces of family, home, and oneself.

In the 1980s, the treatment of the subject and his or her surrounding reality did not conform to the codes that shaped photography in the early, epic years of the Revolution. Meditations on private space, seen in series such as Rigoberto Romero´s El patio de mi casa no es particular or Mario García Joya´s Caibarién (1983–1984), outweigh the focus on collective spaces, and the street as a social space and center of change of Cuban society. Some of Gilda Pérez’s later work was conceptualized as photographic essays, including Los pasajeros (1993), but with Pérez the unique image predominates—the work of an artist who searches, like Cartier-Bresson, for the “decisive moment.”

An engagement with “direct” photography is also evident in the work of Isabel Sierra (1958–), who, on top of her accomplishments as a photographer can add the sustained management of the Cuban American Phototheque Foundation in Miami. She initially learned photography from her family, and did not begin training formally until she was 20. In 1987, she was awarded the March 13 National Photography Prize for the photo essay Barrio Chino (1981–1987). This group of images revealed one of the essential issues in the so-called renaissance of Cuban art: identity. Reflections on the meaning of “the people,” the diversity of cultural references, as well as issues of migration all helped to shape this portrait of the traditions and daily lives of the Chinese immigrant community in Havana.

Other female photographers in the Cuban diaspora also added to the development of identity discourse at the time. The exploration of this theme by a group of artists who emigrated during the early years undoubtedly enriches this topic, which is fertile ground for different ways of questioning reality and the political and social conflicts from which a nation emerges.

Such is the case of the trip back to Cuba taken in 1979 by Nereida García (1954–), who had left with her family at the age of 15. The need to see first-hand a country known only through family stories, and to pick up the link that had been cut so abruptly led her to reacquaint herself with the place and the people. In photographs like La cantante (1979), García documents a night in Santiago de Cuba where several people gathered spontaneously to listen to a woman performing. The journey is ultimately a search, a mission to capture the essence, a paradoxical revelation of belonging and not belonging to that place. On the other hand, images with a strong political component also stand out, spotlighting the first Cubans—including García herself—to return to a land that they had left behind at an early age.

Approaching the 1990s, one of the issues that gathered momentum was gender. Photographers began to implement a strategy that had already emerged in other art forms such as performance, installation, painting, and printmaking. The fact that they were taking themselves as subjects meant not only positioning themselves in an international context in which they were already recognized as prominent exponents, but also revisiting—from a critical perspective very much in step with the times—the paradigms that had, to that point, shaped the nation and women’s roles within it.

One of the outstanding artists in this context is Kattia García (1961–). In her photographic essays, García not only highlights the treatment of the documentary image from a technical point of view, but the willingness to establish a critical judgment regarding weddings, quinces (15th birthdays) and other social rituals in which women play a leading role. This subject has its antecedents in some of María Eugenia Haya’s (1944–1991) series, and would be taken up again by Niurka Barroso (1961–) in the photo essay Vestidos de ilusión (1999).

In recent years, there has been a growing interest in art by women. Mujer x Mujer, Miradas de mujer, and Mujeres en el arte de hoy are a few in a long list of exhibitions and essays that reduce any risk of women’s activities becoming invisible. It could be a question of fashion, but the truth is that the focus on women artists has become somewhat institutionalized. A re-reading of history is now assumed to be the first task of researchers who, by trawling through the archives, add the contributions of women to canonical texts.

On that basis, this essay concludes an initial survey of Cuban women photographers and their creative production in the 20th century—one part of a major project to create a Catalogue of Cuban Photographers. The artists discussed here developed their work from a more social perspective than prior photography, which had been limited to its testimonial and documentary value.