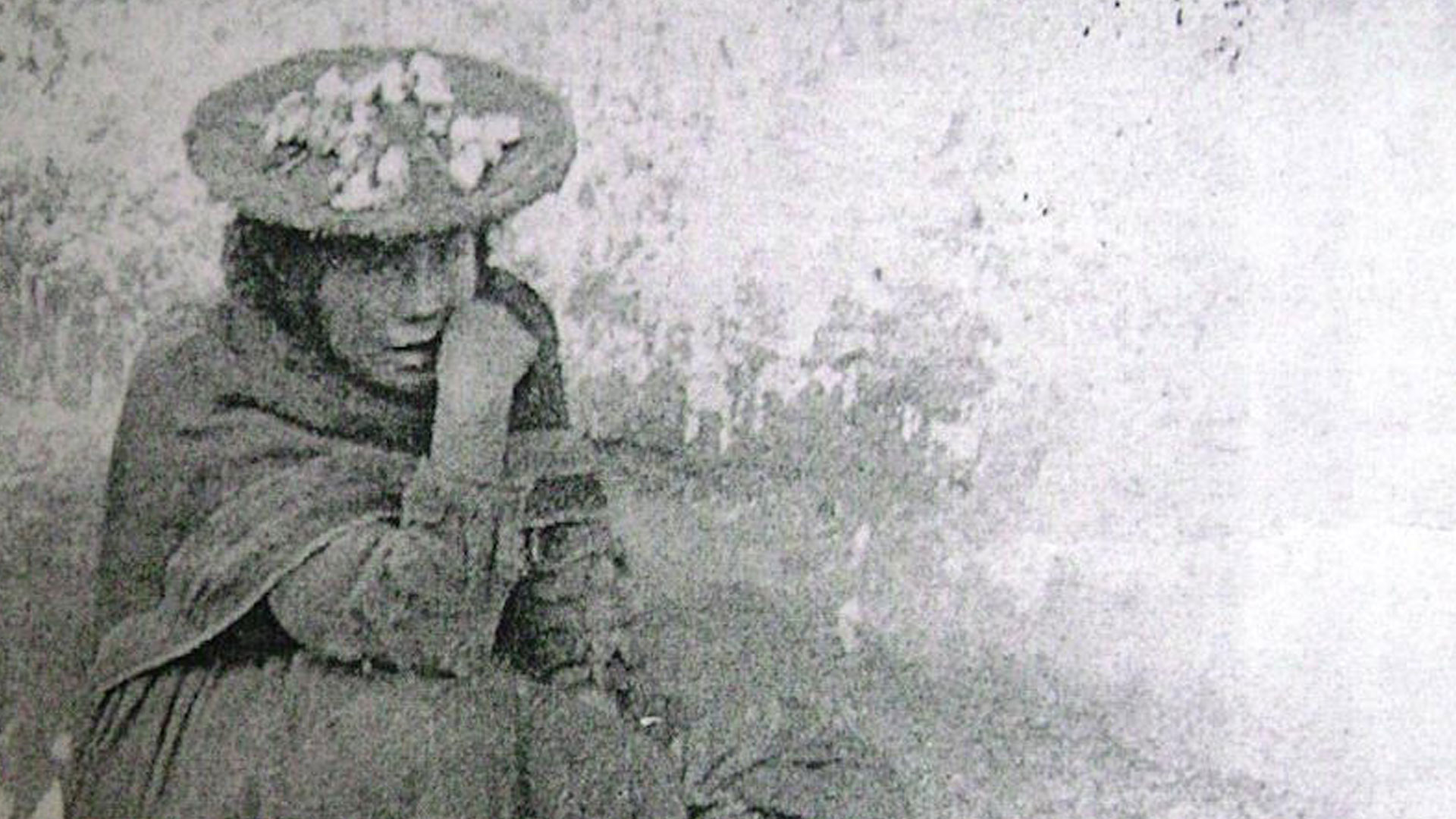 Part of our mission at Cuban Art News is bringing overlooked aspects of Cuban art and cultural history to audiences on and beyond the Island. With that in mind, we are pleased to present Aldeide Delgado’s survey of women photographers in Cuba, starting in the early 1900s.

The advent of the Republic of Cuba on May 20, 1902, led to the questioning of some existing paradigms of femininity. The involvement of women in the struggles for independence during the colonial period, their advancement during World War I, and the adoption in Cuba of an “American way of life” led to more modern thinking about women. These developments advanced, as fundamental suppositions, women’s right to vote and run for office, recognition of their parental authority, and basic equality. Thus, article 43 of the 1940 Constitution recognized the right of married women to civil life with no need for a marital license or authorization, and made possible their open participation in trade, industry, the professions, and the arts.

These social changes, and the technological innovations of the time—specifically, the appearance of smaller Kodak cameras—were of great importance in increasing women’s participation in photography. Although the 1899 Cuban Census Report (in the 26th Table of Professions, Arts and Crafts by Sexes, Races, and Origin), refers to only seven female photographers throughout the country, in the first half of the following century there were some 58 female photographers, professional and amateur.

Although present in the membership lists of the Cuban Photographic Club (1935-1962) or at the end of articles in such magazines as El Fígaro (1885-1929) or Social (1916-1933 / 1935-1938), these photographers have been largely forgotten. Their work is anonymous, and their life experiences too. But their names are emblematic of a creative production in which women have the possibility to tell their own stories—as subjects, not objects, of history.

In an attempt to trace a lineage of female Cuban photographers, I would like to draw attention to some founders. Information about the first comes via the publication of images in El Fígaro magazine on February 7 and July 11, 1909. I refer to la viuda de Gregorio Casañas (the widow of Gregorio Casañas). At the time, it was common for women working professionally to use titles like ‘Mrs.’ or ‘the widow of’, by which they could benefit from their husbands’ prestige and standing in a society that was eminently macho. This particular strategy, used by women photographers in the 19th century, tended to disappear in the 20th.

It is likely that la viuda maintained the photographic studio of her husband, Venezuelan photographer Gregorio Casañas, after his death. He is referenced in both the General Directory of the Island of Cuba (1884–1885) and in the Zayas & Quintero Mercantile Directory of the Island of Cuba in 1900. This second document verifies the studio’s location at 86 Colón Street in Sagua la Grande [in the province of Santa Clara].

Later, the widow of Gregorio Casañas worked as a photojournalist, documenting the most significant events in Sagua la Grande—portraying political and social figures and documenting public events, marriages, funerals, architectural projects, and aspects of a bourgeois lifestyle.

By the 1930s, attention turned to other sectors of society and their living conditions. In 1936, the magazine Social published The Veteran, an image by German photographer Lotte Grahn. Grahn’s work brought renewed attention to a figure in society whose demands claimed great prominence in the 1920s.

Grahn had published another photograph in Social in 1935, and there is evidence of her work there until 1938. In 1937, Social announced an exhibition of her photographic portraits at the Lyceum—a cultural institution founded by women that was immensely important in the intellectual and cultural growth of the Republic.

Ulderica Mañas y Parajón (1905–1985) was one of the directors (along with Camila Henríquez Ureña) of the Lyceum’s official magazine, and a Cuban representative on the United Nations Commission on the Status of Women in 1953. She was also a collaborator on Social, and founder of the Photographic Club of Cuba. In 1936, she was appointed a member of the club by an Act of Constitution of the Photographic Association of Cuba, and continued to be associated with it—along with Dr. Arturo Mañas y Parajón, Rosario Soler de Mañas, Rebeca Mañas y Parajón and Arturo Mañas Soler. Apparently the family showed great interest in photography. But only two of Ulderica Mañas y Parajón’s images have been found. Taken for Social in March 1937, they document the poverty of street vendors in Peru.

Another pioneering photographer in the Photographic Club of Cuba was the aforementioned Lotte Grahn—especially since, in 1939, only five of the club’s 96 members were women.

Years later, Teresa O’Bourke de Cossío and Chea Quintana joined. Teresa—or Terina—O’Bourke de Cossío had ventured into photography because her husband, painter and noted photographer Félix F. de Cossío, was an honorary member of the club. She was referenced in print for the first time in 1948, upon winning the gold, silver, and bronze medals in the first competition for women photographers. The Bulletin of July, 1948, states: “Mrs. Teresa O’Bourke de Cossío clearly demonstrated her superiority over the other contestants, because her works are of a high quality and worthy of being featured in the most advanced salons.”

In her portraits, O’Bourke de Cossío backlights the subject for a more aesthetic effect. In 1949, her photographs Retrato and Obrero were selected for the II International Exhibition of Photographic Art. Several prominent figures in Cuban photography also participated in the exhibition, including Joaquín Blez, Felipe Atoy, Jorge Figueroa, Ángel de Moya, and Sarah Loredo Rodríguez, another woman who first joined the club in 1939.

Chea Quintana (1902–1997) is one of the photographers about whom more is known. She was the sixth daughter of Joaquín Lopez de Quintana and Caridad Sartorio Leal. Her father learned photography in Spain and on his return to Gibara, late in the 19th century, established a studio in an outbuilding behind the house. This was where the taught the profession to his children: Manuel López de Quintana, Caridad López de Quintana (Cusa), Maria de las Mercedes López de Quintana, and Sartorio (Chea). All appear in the Photographic Club registers, starting in 1939.

According to researcher Rufino del Valle, Chea´s entrepreneurial character led her to establish her own photographic studio at her house in Tacajó [a small town in Holguín province], where she lived from 1927. There, she made portraits of family members and of the Báguanos sugar mill run by her brother Manolo. By 1945, she was making between 15 and 20 portraits a day, and her work extended to other regions, such as Bayamo, Manzanillo, Victoria de las Tunas, and Camagüey.

In addition, she became a sponsor of events like the First Cuban International Exhibition of Artistic Photography, held in 1948. At the same time, she took photography courses in the United States and Havana. Perhaps the accomplished style achieved in some of her images may be attributed to this training. Her interest in capturing the model´s psychology, and an exquisite play of light and shadow are her fundamental values. When the Revolution triumphed on January 1, 1959, there were about 50 women photographers in the Cuban Photographic Club. But it may be inferred that many emigrated due to the new social situation—among them, Chea Quintana, who lived in Miami from 1960 until her death in 1997.

Next: Women photographers from mid-20th century to the dawn of the 21st.