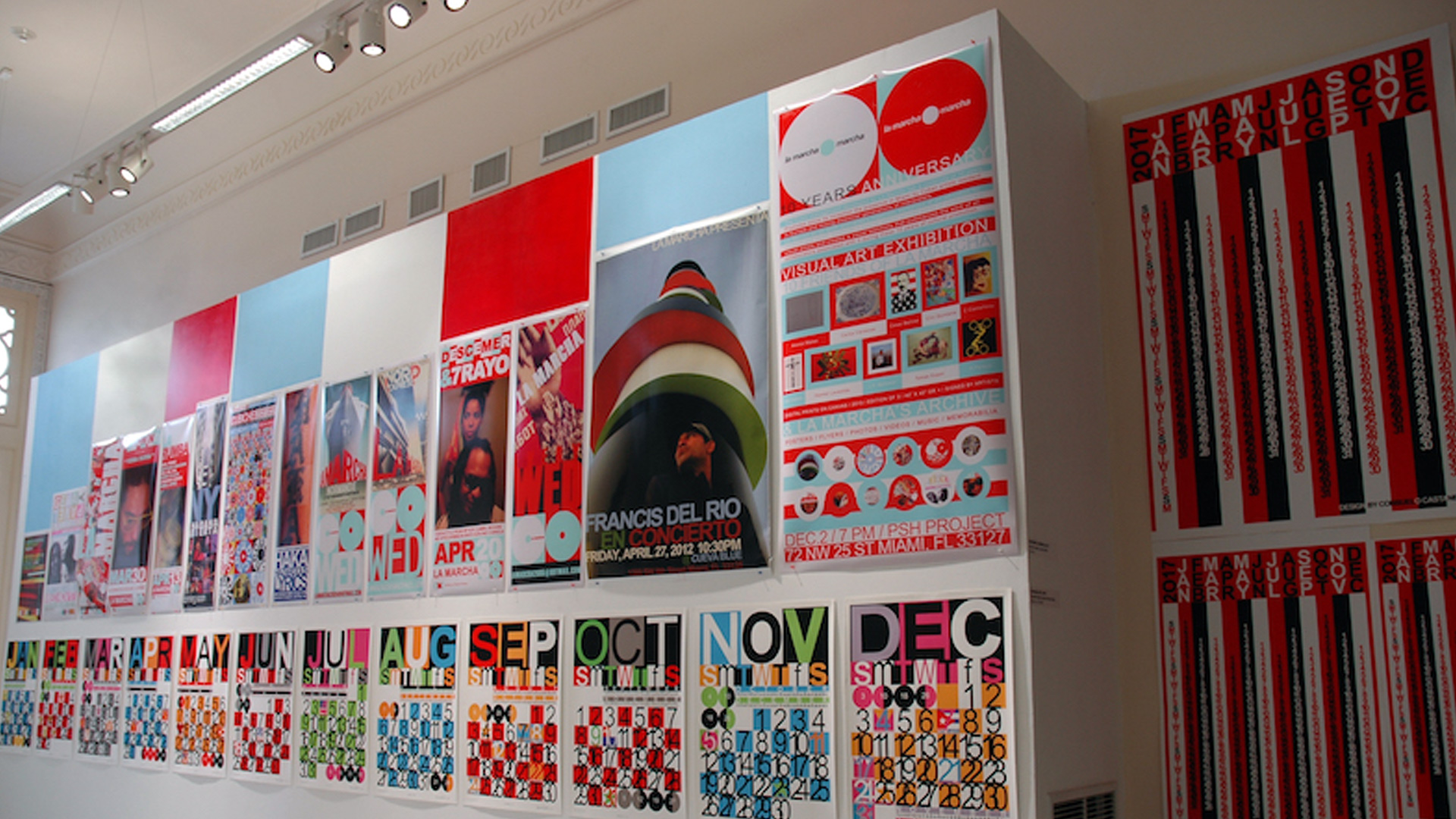 As a contemporary artist, Consuelo Castañeda (1958) is part of a long tradition of Cuban artist-professors, such as Maria Pepa Lamarque, Isabel Chapotin and Amelia Peláez, among others. During the 1980s, Castañeda was active on the Cuban art scene and at the Instituto Superior de Arte (ISA), where she taught many students who are noted artists today, including Tania Bruguera, Tomás Esson, Glexis Novoa, Ciro Quintana, Ana Albertina Delgado, and Luis Gómez, among others. In fact, Castañeda taught an entire generation, which flourished at the end of the decade and whose members have largely chosen to live off the island.

This past summer, Castañeda returned to Havana, after an absence of almost three decades, to present an exhibition of her work. CCC 2016 was exhibited at the restored Orígenes Gallery of the Gran Teatro de La Habana Alicia Alonso (formerly Garcia Lorca), August 26–October 23, 2016.

In a chat with Rafael DiazCasas, Castañeda talked about her art, the exhibition, and her installation event tomorrow.

What made you decide to return to Havana?

It is difficult to understand my return to Havana after so many years, especially when family or ties of affection are not the reason. When you add to that my decision to live elsewhere, and to not return for such a long time, the local scene seems odd—strange.

But you know, somehow I was curious to confirm, to see for myself the changes in the Cuban cultural scene, so talked about in the United States. As well as Obama’s visit and his call for the development of Internet connectivity. The use of cybernetics in the arts on the Island was also a key factor in my decision to return.

Tell me more about the process of returning. How did the exhibition come about?

In a first trip, and in a very personal way, without great expectations, I begin to conceive the possibility of re-entering and trying to relate to the current art scene in Havana. Keep in mind that many of my acquaintances and friends are no longer on the Island.

In the meantime, Heriberto Cabezas, assistant to Alicia Alonso, put me in contact with Miriam P. Casanellas of the Orígenes Gallery, which at the time was preparing to reopen. She invited me to develop an exhibition project.

That encounter generated a pleasant exchange with young artists, whose assistance made it humanly possible to realize this exhibition. They allowed me to become part of their intellectual groups, like a friend or colleague, without conceptual or generational differences.

This happened on two short exploratory trips that allowed me to define the purpose of the CCC 2016exhibition.

That’s how I decided to present my creative work as a whole, and not limit the exhibition to my production during the 1980s, when my work in Cuba was stigmatized, or framed, basically by lack of information.

Among other aspects of my work, one that I am very interested in presenting is the works related to architecture as a component of a modernity in ruins. This is something I have been working on for some time—not from the melancholic realization of a ruined past but from a responsibility to help conserve it. Nor could I leave out design, a field in which I’ve been working professionally for years.

That’s how it grew—the idea of doing an exhibition of my work up to the present time. It was transformed into something bigger.

From what you’re saying, the show became something of a retrospective. How did you organize it?

For my exhibition For Rent, presented at the Americas Society in New York in 2011, I had already structured a methodology for presenting the work as information of itself. I found this to be a useful approach again with this show.

Given the impossibility of presenting the original works, and the complexity that this would imply, I considered this a suitable solution, and in this way I was able to complete and compile the presentation of the recent work. Taking a flexible approach, I worked with the preconceived space of the gallery, to create a dialogue that encompasses my career to the present—not necessarily chronological, but rather structured around core interests.

It sounds interesting, Consuelo. As far as I know, there hasn’t been an exhibition like that on the Island, based on the work of a solo artist.

Well, this structure gave me the flexibility and the opportunity to analyze the work I’d done, as well as identifying and choosing what I call conceptual constants within my work.

I have been very pleased with the project, because some of the works from the 1980s that are in private collections in Cuba had not been shown in public before. I have enjoyed re-encountering these pieces again. I tell you, it’s been incredible for me. The information I had on these works of the 1980s was very sketchy, and I’ve now been able to document them properly.

In the exhibition, I conceived the body of 1980s works as dynamic, changing as more pieces surfaced. In exchange, I offered to restore the works that reappeared.

Is there a particulary autobiographical aspect to the show?

Yes, of course. La Disolución del Yo (CCC) is a significant part of the exhibition, not only because it gives it its title, but because it is especially associated with autobiographical experience. The idea is simple: I use the copyright symbol with the initials of my name. The color of the print is diluted with each impression, while “is”-ness is the process of being. That is, the more impressions are printed, the more faded each one is.

The other strictly personal pieces are Untitled (1998), from Seed-Split, the series of photographs taken with my mother, the last time we met before she died. In these photos we appear naked, in the fetal position, on the floor. Before CCC 2016, this series was the only recent work exhibited in Cuba, in a collateral exhibition during the last Biennial. In parallel in Miami, at PAMM, the other photo series with my mother, of our coupled hands imitating the form of spiral, was shown. [See wall at left in photo below.]

CCC has also to do with the acronym of the Cyber ​​Cultural Center, which you developed during the exhibition. What is that about?

I’ve been developing the idea of ​​the Cyber ​​Cultural Center since 2001, and have used it in different ways, always in relation to, and depending on, the context in which it has been displayed.

In this case, I took a computer hard drive—where you can compile general information about art, philosophy, fashion, architecture, new technologies, etc.—with the idea of ​​sharing it on the Island with young artists. At the same time, an informational workshop was developed about creating with a type of 3-D technology that doesn’t require visual accessories [like 3-D glasses]. This technology was not known on the island.

I understand that the ‘Centro Cultural Cibernético’ is a collaboration with the department of new media at ISA.

In my previous exploratory trips, the only institution I visited in Cuba was ISA, and especially the department of new media, directed by my former student Luis Gómez. To my surprise, his teaching work has the same dedication and passion I had shared with him when I was his teacher.

It was also very satisfying to see that his courses were related to cybernetics and the use of new digital media, a universe in which I have been involved for a few years. So the meeting not only energized me, but defined the creation of the Cyber ​​Cultural Center within the CCC 2016 show. That’s how the workshop was created, open to all artists, to teach this new program.

Let me tell you, regardless of the limited technological resources of the ISA new media department, the conceptual objectives of their courses and the creative rigor of their students and teachers are at a very high level and worthy of admiration. Encountering this creative group has stimulated my desire to continue pursuing collaborative activities and exploring those possibilities.

What are your future plans? Is more Cuba on the horizon?

The answer is yes. I confess that my return to Havana was linked to two exhibition projects. The first was CCC 2016. For the second, I plan to present my installation work, the spiral Homenaje a Gego(2011). That will take place in December during the International Latin American Film Festival, at its main headquarters. We will see.