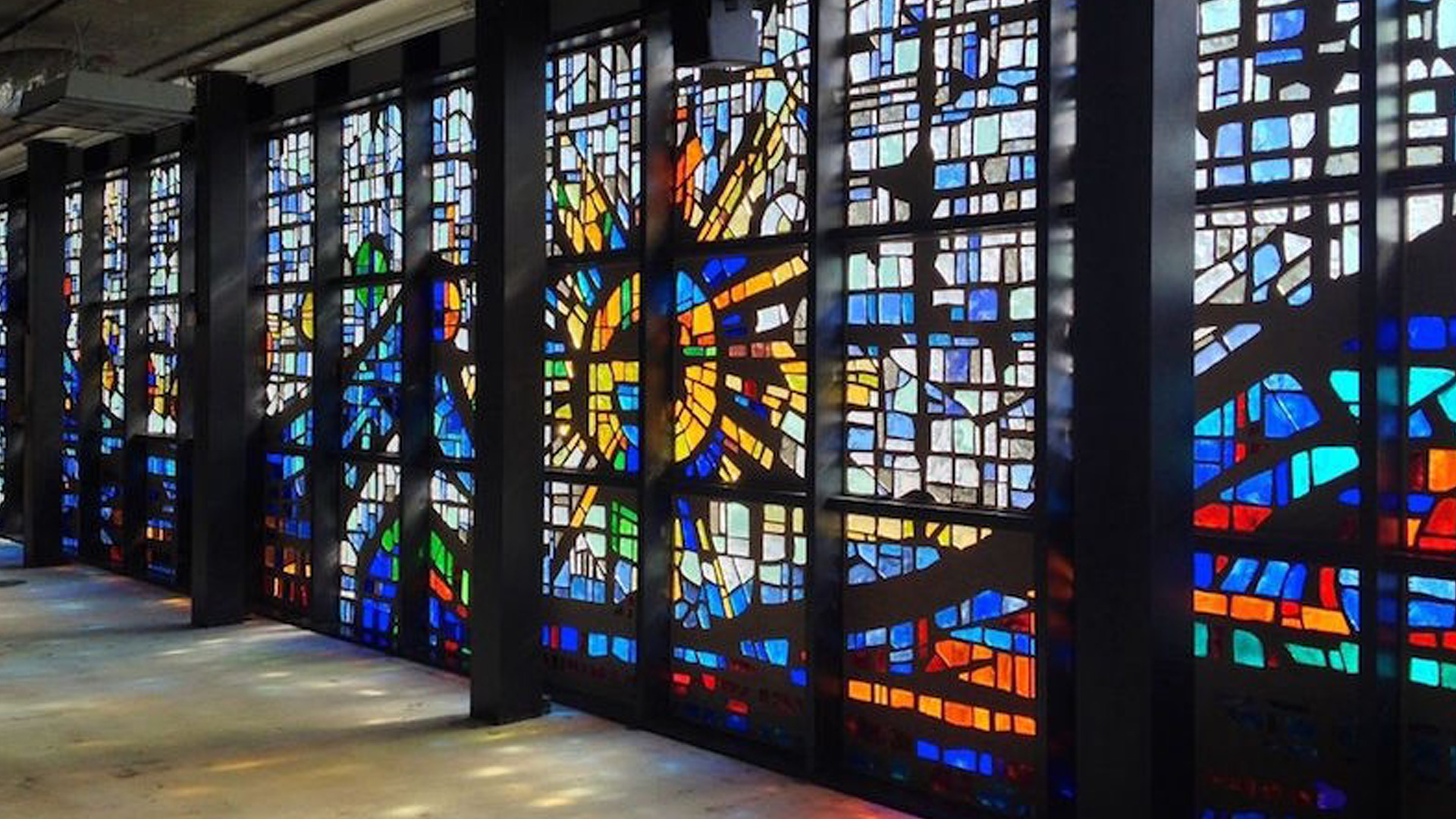 From women artists at the Lowe to Luis Cruz Azaceta at the new American Museum of the Cuban Diaspora, the Island is a big part of this year’s Art Week events and exhibitions. And perhaps more interesting: a wave of international group shows with Cuban artists on their rosters.

Here’s a quick guide to next week’s exhibitions and events, with openings by date, followed by current shows.

Auction at Gary Nader Art Centre. Wifredo Lam, Carlos Enríquez, Julio Larraz, and Luis Cruz Azaceta are among the Cuban artists in the sale of important modern and contemporary Latin American art taking place at the Gary Nader Art Centre in Miami. The works are available for viewing, Monday to Saturday, 10 a.m. to 6 p.m., with the auction taking place at 7 p.m. Tuesday evening. The e-catalogue is available here.

José Parlá at YoungArts. For his solo show at the National YoungArts Foundation—headquartered in the historic Bacardi Building—Miami native son José Parlá takes over the square annex known as the Jewel Box. José Parlá: Roots is an immersive, site-specific installation of painting and sculpture that plays with the stained-glass panels surrounding the building. The reception runs 5–9 p.m. Tuesday evening. The show remains on view through December 15.

Progressive Praxis at the de la Cruz Collection. Félix González-Torres, Ana Mendieta, and Jorge Pardo are among an international roster of close to 50 artists participating in this show, which looks at the ways that generations of artists have engaged with new technologies. The show opens 10 a.m. – 4 p.m. Tuesday, with special hours of 9 a.m. to 3 p.m. through Saturday, December 3.

Antuan Rodríguez at MoCA NoMi. Antuan: The Other Dimension presents recent sculptures by the Villa Clara–born, Miami-based artist. Starting from the basic form of the circle, the works reflect a search for universal forms of communication based on symbols and codes. Opening night reception, 7–10 p.m., at the Museum of Contemporary Art North Miami. Tickets required. The show runs through January 20.

Q & A: Nine Contemporary Cuban Artists at MoA+D. Alexandre Arrechea, Javier Castro, and Lorena Gutiérrez are among the artists on view at the Museum of Art + Design at Miami Dade College. Curated by Cristina Vives, the show questions accepted myths about Cuba and examines its history along with issues of corruption, censorship, and more. The show opens at noon on Wednesday. A panel discussion with Vives and artists in the show is scheduled for 11 a.m. Thursday, December 1. The show runs through January 15.

Toda percepción at CIFO. Arturo Cuenca, Glenda León, and Carlos Martiel are among the 41 artists in this broadly international survey, which includes artists from the Czech Republic, Brazil, Spain, Costa Rica, the US, and other countries. Curated by CIFO director Eugenio Valdés and Katrin Steffen, the show presents works from the Ella Fontanals-Cisneros Collection that involve viewers in a mental game, with more going on than meets the eye. Toda Percepción es una Interpretación: You Are Part of It opens Wednesday, 9–6 p.m.

The Global South at Mana Wynwood. Works by Sandú Darié and Loló Soldevilla are included in The Global South: Visions and Revisions, an international survey drawn from the Brillembourg Caprilles Collection. The show opens at noon on Tuesday and remains on view through Sunday, December 4.

Martiel Performs at CIFO. As part of the Art Week events around the CIFO exhibition, Carlos Martiel will present Basamento, a participatory performance created specifically for this occasion. Note: Nudity advisory. 11 a.m. at CIFO.

El acercamiento at CCE. Launched at the California Institute of the Arts (CalArts) in 2015, this multi-year performance project comes to Miami Art Week before heading to the Fábrica de Arte Cubano (FAC) this spring. At the Centro Cultural Español Miami, the performance of El acercamiento/The Approach will include Afrofuturo, Shaina Lynn Simmons’ multimedia and live performance installation about Afro-Cuban and African American contemporary experience; Horas Comunes, an experimental vocal performance taking place in Miami and Havana; and Wet Steps, a group action by Aissa Santizo. The performance begins at 6 p.m.

Luis Cruz Azaceta at The Cuban. Opening earlier this month, the long-awaited American Museum of the Cuban Diaspora inaugurates its exhibition program with Luis Cruz Azaceta: Dictators, Terrorists, War and Exiles. Curated by Alejandro Anreus, author of last year’s monograph on the artist, the show traces Azaceta’s creative trajectory from the 1980s to the present.

Unconscious Thoughts at the Lowe. Tracing the evolution of Cuban art from the early 1960s to the present, Unconscious Thoughts Animate the World: Selections from the Shelley and Donald Rubin Private Collection fashions its narrative entirely from the work of women artists. Painting, photography, printmaking, and mixed media are among the mediums on view, by a cross-generational roster of artists ranging from Antonia Eiríz to Aimée Garcia. On view through May 7.

Narciso Rodríguez at the Frost. At the Frost Art Museum, Narciso Rodríguez: An Exercise in Minimalism is the designer’s first solo museum show, and the Frost’s first venture into couture exhibition. Along with 50-some designs by Rodríguez, the show features works by artists that complement the clothing and in some cases influenced their design—including the art of Carmen Herrera, which inspired the 2012 Resort collection. Through January 8.

And More Martiel. Also at the Frost, see video and photo documentation of Carlos Martiel’s 2013 performance Vanishing Point, on view in the exhibition Pierce, Mark, Morph, on view through February 12.

Havana’s Balcony. Miami’s Museum Park is the site of this sculpture by Spanish artist Juan Garaizabal, whose “Urban Memories” series recalls lost architectural elements. Constructed of steel and LED lights, the monumentally scaled work is sited to face the Cuban capital. A similar work, incorporating the lines of a balcony in the Miami Beach Art Deco district, has been proposed for siting in Havana.

Darié at Tresart. This month saw the opening of Tresart’s new home in Miami’s Wynwood district, and its first show there: Coordinated Movements: Sandú Darié. The show features 22 experimental collages made by Darié in the 1950s and 1960s. On view through January 8.