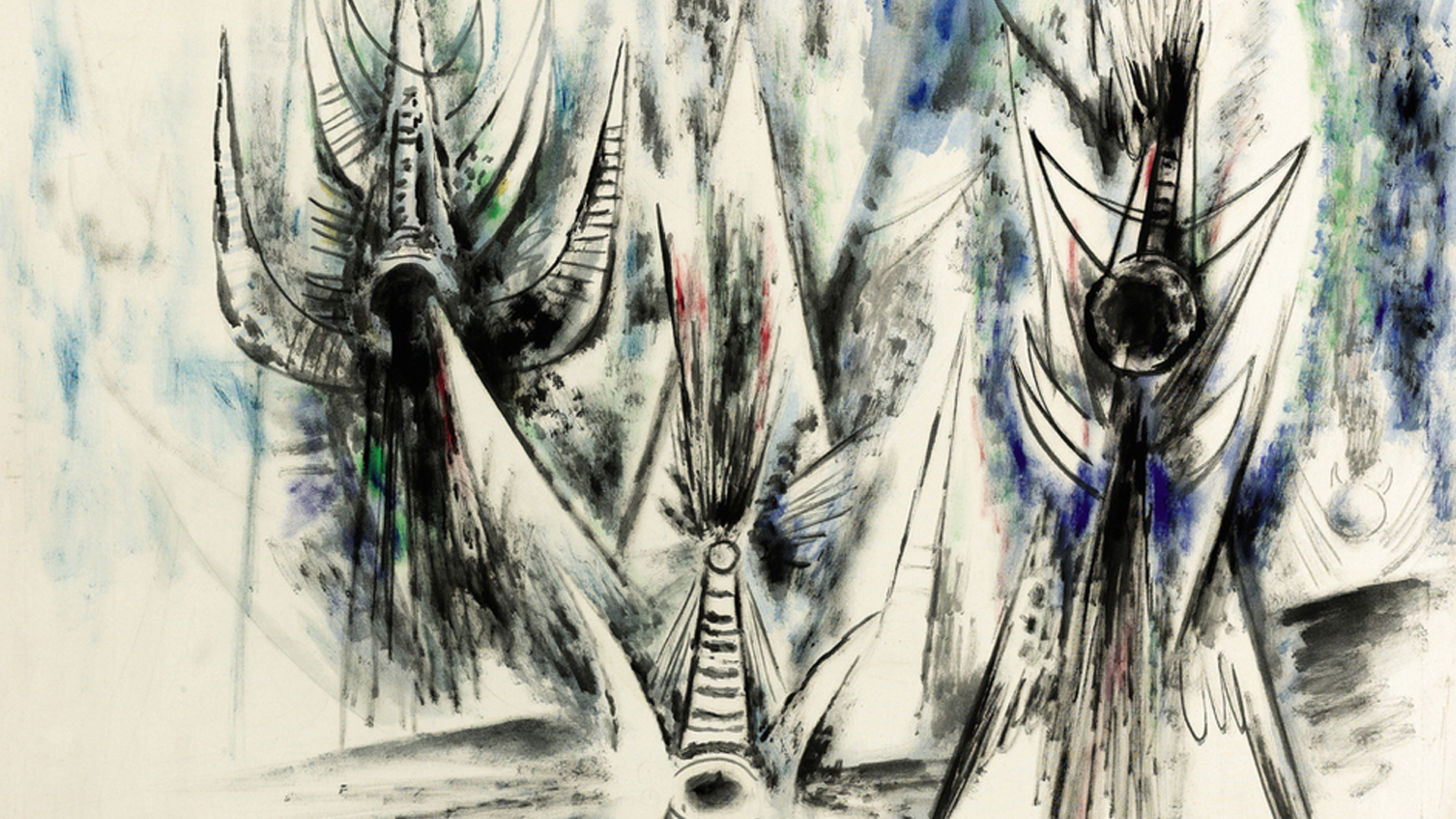 Noviembre Fotográfico at CDAV. Havana’s annual focus on photography started off with the opening, late last month, of three shows at the Centro de Desarrollo de las Artes Visuales. Curated by Nahela Hechavarría and Susan Caraballo, the international group show La suspension del deseo features photographs and videos by artists in Cuba, Brazil, Salvador, Germany, and the US, among others.

The second CDAV show, So Last Season, curated by Tania Parson, presents photographs by David Stork taken between 1990 and 1995, offering a personal testament to that era in Havana.

La insuficiencia en la escala y el iris takes as its focus the decade of the 1990s. Drawn from the archives of the Fototeca de Cuba—the organizing institution behind Noviembre Fotográfico—the show brings together renowned artists of that moment to recall daily life on the Island during those years. The more than 20 artists on view include Raúl Cañibano, Ricardo G. Elias, Carlos Garaicoa, and Lissette Solórzano.

All three exhibitions run through November.

Photography of the Body. At Havana’s Galería Mariano Rodríguez, the second Salón de fotografía del Cuerpo (Photography Salon of the Body) opens November 12. With the aim of encouraging the development of photography among younger artists, this year’s Salón will take the form of a competition, with the main prize being a solo exhibition at the gallery in 2017. Other institutions involved in the Salón, such as the Fototeca de Cuba, will also award prizes.

Also tomorrow: Outsider Art. The first show of works from the Art Brut Project Cuba collection opens tomorrow evening at Riera Studio in the Cerro district. The show is presented with the support of the Norwegian Embassy in Cuba, and runs through January 28. Tomorrow’s reception begins at 8 p.m.

And on Saturday, Óxido. The solo show of work by Lorena Gutiérrez Camejo opens at Galería La Acacia in Miramar with a reception at 7 p.m. The exhibition runs through December 12.

Finalé at Galería Orígines. Opening next Friday, November 18, Moisés Finalé: Levitación presents large-scale paintings on fabric, adorned with sequins, metal, and other embellishments. One work that will be hard to miss is La salida, 2016, measuring more than 18 feet in length. The exhibition opens with a 6 p.m. reception next Friday at Galería Orígines of the Gran Teatro de La Habana “Alicia Alonso.”

Tonight in Miami: Arenas at CCE. At the Centro Cultural Español, Néstor Arenas opens the solo show Paisajes Transformers III. Some 20 works, most of them created for this exhibition, explore visions of the future that respond to the shift in Cuba-US relations and the changing sociocultural landscape that has followed. Curated by Dennys Matos, the show is the last in a trilogy of Paisajes Transformersexhibitions that began in 2014. The exhibition runs through December 16. Tonight’s reception begins at 7 p.m.

Darié at Tresart. Last night saw the inauguration of Tresart’s new home in Miami’s Wynwood district, and the opening of its first show there: Coordinated Movements: Sandú Darié. The show features 22 experimental collages made by Darié in the 1950s and 1960s. On view through January 8.

Arrechea at Frederic Snitzer. Tied Stone, Alexandre Arrechea’s solo exhibition, opened last week at Miami’s Frederic Snitzer Gallery. According to the artist, the show is about “redefining the fragment as a constructed design, and not as a vestige or reminiscence of a more completed object.” Pieces made with found objects, building cuts reminiscent of Gordon Matta-Clark, and a depiction of jazz master Thelonious Monk’s hands are among the works on view. Through November 26.

Lizárraga at Miami Book Fair. Readings by poet, writer, and Cuban Art News contributor Félix Lizárraga are among the highlights of the 2016 Miami Book Fair. Opening this Sunday, November 13, the fair features a week of programs and presentations in English and Spanish, including a tribute to Cuban poet and novelist Nivaria Tejera (Thursday, November 17). Celebrating the publication of his book Fuga del bosque, Lizárraga will be reading with former US poet laureate Richard Blanco next Sunday, November 20, at 4 p.m., and immediately after in a reading of international Spanish-speaking writers at 5 p.m.

Tonight: Pérez in NYC. On November 1, Dream Season, a three-minute animation by abstract artist Emilio Pérez, debuted as the Midnight Moment video in Times Square. Activated every evening at precisely 11:57 p.m., Dream Season takes over all the video screens in Times Square, filling the area with color, motion, and light. On view nightly through November 30.

Tonight, Pérez talks about deconstructing and reimagining his painting practice in order to translate his vision to animation. He’ll be joined by Sherry Dobbin, director of Times Square Arts—co-sponsor for the project along with the Cuban Artists Fund—and Ja’nell Ajani of the College of New Rochelle. Info here.

Below, a video of Dream Season playing on the screens of Times Square.

Azaceta too. Given the balseros headed in the other direction, there has always been an absurdist aspect to Luis Cruz Azaceta’s longtime conceit of swimming from the US to Havana. But the recent shift in Cuba-US relations has added a new twist to this enduring metaphor. At the Lyle O. Reitzel Gallery on Manhattan’s Lower East Side, Luis Cruz Azaceta: Swimming to Havana revisits the theme in 11 works made over the past ten years, including new pieces. Through December 30. See photos of the openingon the Cuban Art News Facebook page.

Vuelo directo in Chelsea. At the Center for Cuban Studies / Cuban Art Space, a double show presents the work of renowned sculptor Alberto Lescay and his son, painter Alejandro Lescay. Presented as part of the SOMOS  project of the Caguayo Foundation, the show features small sculptures and abstract paintings by Alberto and paintings by Alejandro. Vuelo directo / Non-Stop opens next Thursday, November 17, with a reception with the artists, 6–8 p.m. They will also present a gallery talk at 3 p.m. on Saturday, November 19.

Spots, Dots, Pips, Tiles. Rodolfo Peraza joins an international roster of artists who explore domino-playing as a metaphor, pastime, and cultural emblem. Presented at the Hunter East Harlem Gallery, the show includes paintings, sculpture, installation art, and videos by such artists as Betye Saar, Lawrence Weiner, and Hélio Oiticica. On view through February 11.

Corto Circuito Festival. Next week, Corto Circuito, the festival of short films from Latin America, Spain, and the U.S., presents its 13th edition with free screenings November 16–19 in four cultural venues in Manhattan. The festival opens on Wednesday, November 16, at the Centro Español La Nacional, beginning at 7:00 p.m., with a program of prize-winning shorts that includes two produced in Cuba. In Bumerán / Boomerang (7 min.), by Yadiana Sultam, a woman revisits her past through photographs, as she tries to break a cycle of physical and psychological violence. A poquito es de noche / Soon It Will Be Night (26 min.), by Paula Murcia, is set in the Sierra Maestra and features a conflict between mother and daughter over responsibility of caring for dependent relatives. Festival director and programmer Diana Vargas stated that “Our principal objective in recent years has been to present films that, besides keeping the spectator on edge with their approaches to aesthetics and narrative, can provide a space for an open dialogue that considers the anxieties, obsessions, and common spaces that make up the Latino universe.” All films will be subtitled in English. For a complete list of films and screening locations, visit the festival web site.

CCCNY XV Annual Conference. Just ahead of this month’s Latin American auctions, the Centro Cultural Cubano de Nueva York presents its 15th annual conference. While past conferences have focused on such themes as Cuba and its music, Cuban baseball, and el choteo cubano, this year’s theme is “El Arte en Cuba: Inside and Out.” Scheduled for Sunday, November 20, the all-day conference will trace the development of Cuban art from colonial times to contemporary performance art. Dedicated to artist Amelia Peláez, the conference will be held at Sotheby’s, opening for registration at 8:30 a.m. and running to 7:30 p.m. More information here.