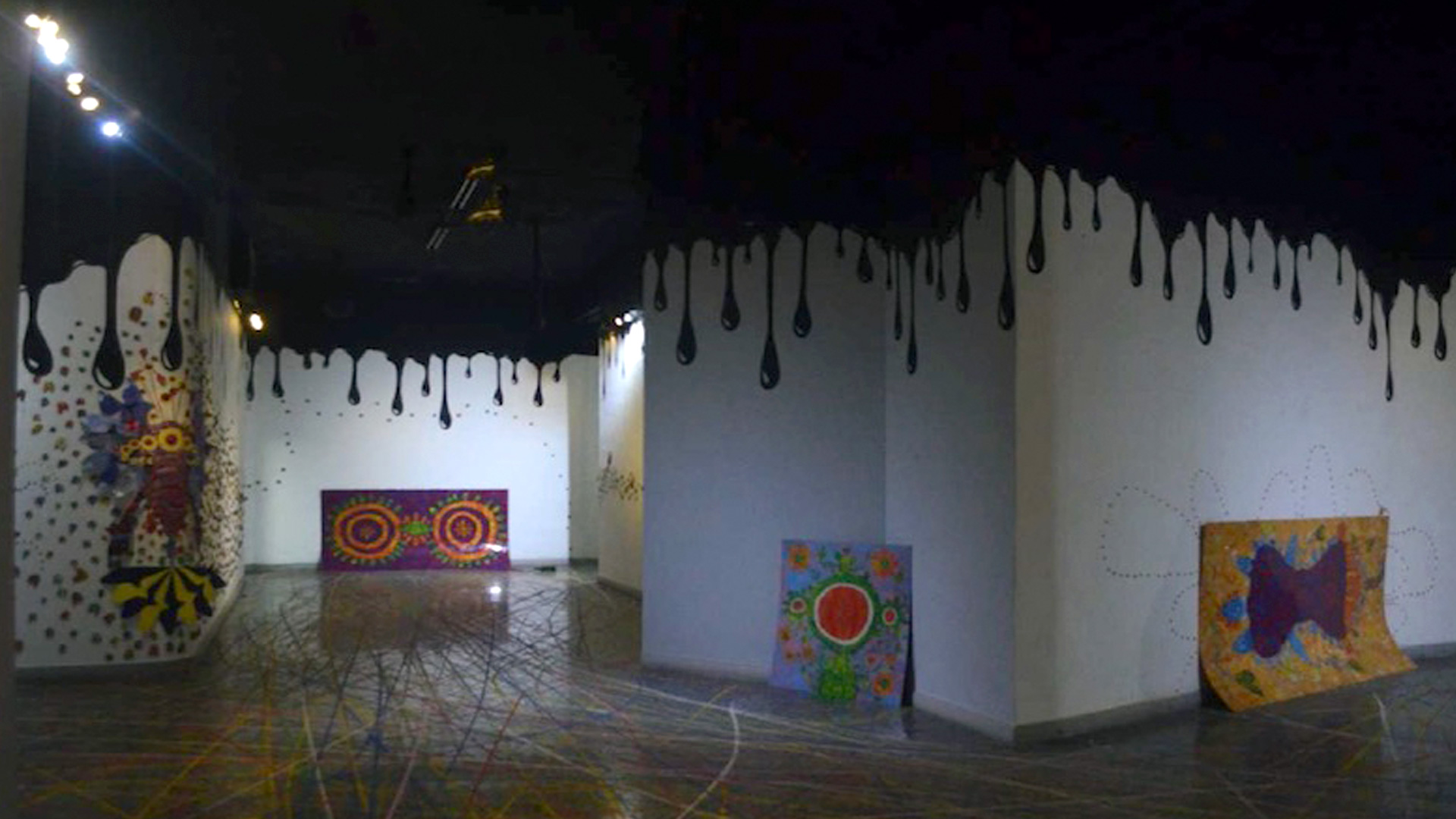 We normally think of Galería Habana as a sedate, “white cube” space, where individual works of art are hung on the walls or installed on plinths, with identifying labels posted discreetly nearby. For Amanecer, his solo show and “intervention,” emerging artist Pablo Rosendo had other ideas.

Instead of individual works of art per se, Rosendo turned the entire space into an environmental artwork.

In place of the usual white walls and ceiling, the upper half of the gallery was converted into a slightly menacing mass of dripping black.

The black color not only dripped down the walls but hung in globules from the ceiling.

Beneath the dark mantle was a colorful, slightly chaotic fantasy. The environment included a welter of lines on the floor and individual artworks.

Some motifs were applied directly to the walls, and others were executed on paper and then affixed to the walls.

Except for the wall décor, individual artworks were propped up on the floor rather than hung.

Moving through the space, the viewer becomes part of the environment, and part of the artwork itself.