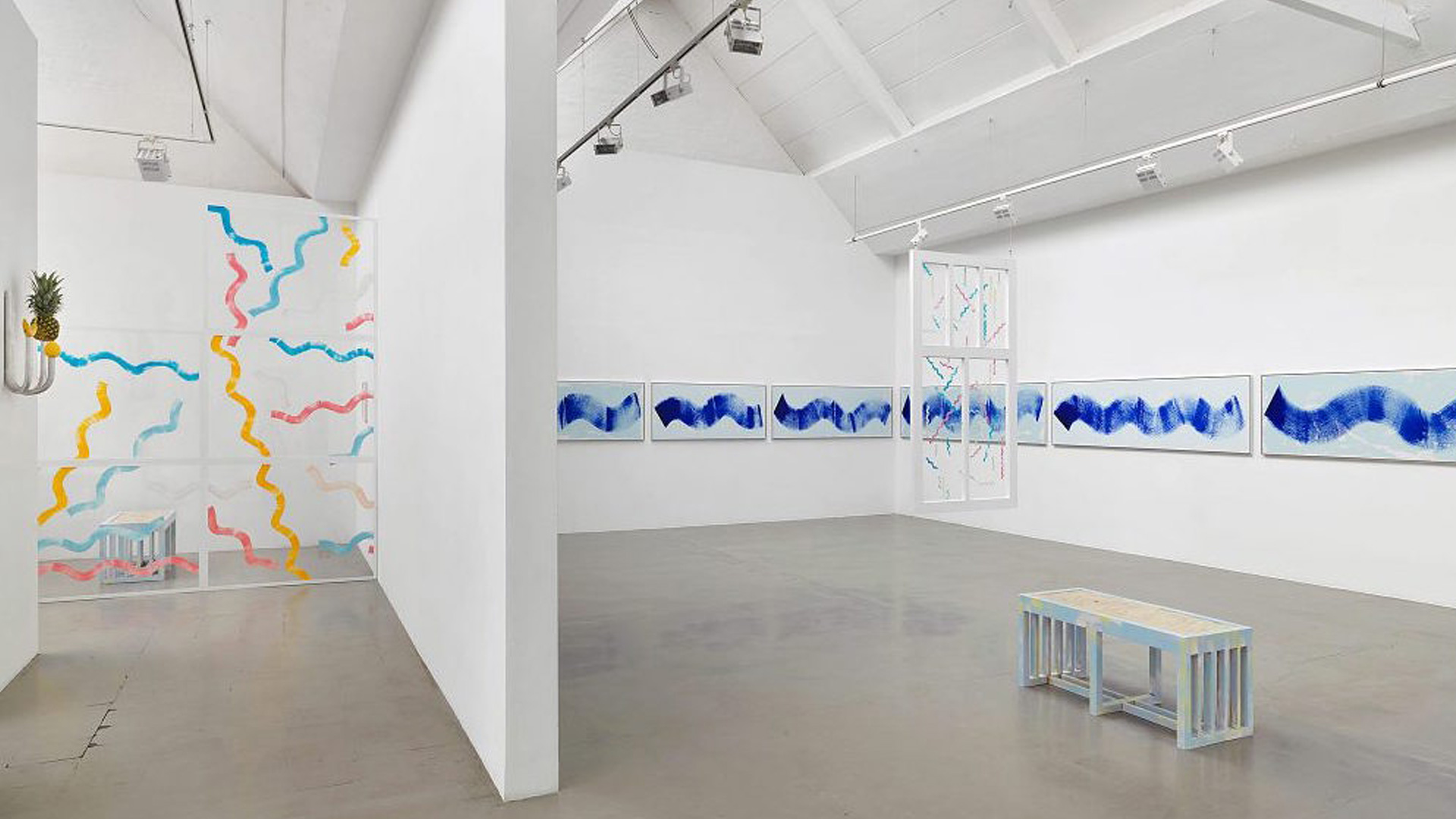 1ra Bienal del Diseño de la Habana. Under the slogan Diesño y Prosperidad (Design and Prosperity), the first Havana Design Biennial offers a week of workshops on topics like sustainable design and creative publicity campaigns, along with meetings, discussions, and other events—plus satellite programs in Camagüey and Santiago de Cuba. The Bienal is also offering an award, the Premio Ondi Diseño, in two categories: visual communications and industrial design (including fashion).

Save the date: Cool War in Havana. Opening Friday, June 3 at the Wifredo Lam Center, Cool War: Game Art Across the Straits brings together Cuban and US artists who use digital gaming as their medium of choice. Curated by Rudolfo Peraza, Rachel Price, and Claudia Taboada, the show includes game-art stars like Cory Arcangel (US) and Kristian Lukid and Vlada (Serbia), as well as Peraza and Rewell Altunga from Cuba, and several other US game-art artists. The opening night reception starts at 6 p.m.

Cordero in Berlin. At Nova Invaliden Galerie, Raúl Cordero: Die Neue Bukolisch presents recent large-scale canvases by the Mexico-based artist in his first Berlin show. The works on view continue Cordero’s exploration of how painting interacts with other art forms, and how visual images shape our perceptions. On view through June 20.

Hernández too. Late last month, Diango Hernández opened a solo show at Berlin’s Galerie Barbara Thumm. Taking Cuba as a starting point, the works in Marina explore cross-cultural identity through near-abstract references to isolation, the ocean, and—in benches inspired by ones near Havana’s Capitolio but filled with sand, or a light fixture studded with fresh tropical fruits—the ambivalences of Cuba’s relationship with the US and the rest of the world. On view through June 4.

Next week: Saavedra in Paris. Lázaro Saavedra’s first solo exhibition in France—and in Europe—opens next Thursday, May 19, at Galerie Georges-Philippe & Nathalie Vallois. Pensamiento visual will present early works along with recent pieces, including videos, paintings, installations, and caricatures from the Añejo 27 series. The show opens with a reception at 6 p.m. on the 19th, and runs through July 10.

Tomorrow: Balart in Madrid. Waldo Balart, a veteran abstract artist associated with the concrete art movement, opens a solo show at Galería Guillermo de Osma in Madrid. The reception is scheduled for 7:30 p.m., and the show runs thru 7/22.

A second solo show by Garaicoa, Orden Inconcluso / Unfinished Order, which premiered in 2014 at CA2M in Spain, will open June 6 at the Museum Villa Stuck in Munich, where it runs through September 4.

Yaque at Les moulins. A solo exhibition by José Yaque will be part of a major multi-show opening by Galleria Continua at its Les moulins industrial art space outside Paris. The exhibitions open Saturday, May 21, with the reception starting at 4:30 p.m.

Tonight in Montevideo: La Mirada del Otro. The triple show at the Museo del Azulejo pairs Cuban artists Juan Ernesto Falcón and Jairolh Portillo with Nicaraguan artist Carlos Franco-Ruíz. All three artists, who now live in Uruguay, explore the emigrant experience through their work—in the case of Falcón, through a colorful hyper-realism, and an expressive figuration by Portillo. Tonight’s reception begins at 7:30 p.m.

Cuban artists in Medellín. At the Museo universitario of the Universidad de Antioquia, ConTexto: palabra, escritura y narración en el arte contemporáneo brings together work by more than 100 artists from Latin America and other parts of the globe. Curated by Francine Birgragher-Rozencwaig and Oscar Roldán-Alzate, the show investigates the complex and varied interplay between word and image in contemporary art. Among the many Cuban artists in the show: José Bedia, Iván Capote, René Francisco, Aimée García, Glenda León, Kadir López, Yornel Martínez, Rubén Torres Llorca, and José Ángel Vincench. On view at the Museo universitario through June 24, and the unversity’s Sala S through August 12.

Friday in Orlando, the Florida Prize exhibition. At the Orlando Museum of Art, the Florida Prize in Contemporary Art exhibition presents work by the ten artists nominated for the 2016 prize. Among this year’s nominees are María Martínez-Cañas of Miami and Ernesto Oroza of Aventura. The preview party begins at 7 p.m., and attendees will have the opportunity to vote for their favorite artist. For ticket information, see the museum website.

Another Cuban Moment in NYC. Last fall, we wrote about “Cuba in Chelsea,” the unprecedented number of gallery shows spotlighting Cuban artists in New York. Cuban artists are having another breakthrough moment in New York galleries, and while we’ve mentioned each of these shows individually, it’s worth noting their impact as a whole. Among the shows currently on view in Chelsea: Carmen Herrera at the new Lisson Gallery… Diálogos constructivistas en la vanguardia cubana: Amelia Peláez, Loló Soldevilla and Zilia Sánchez at Galerie Lelong… and Félix González-Torres at Andrea Rosen Gallery. Elsewhere around the city: José Bedia: Tribal Affinities at the Tambaran Gallery on the Upper East Side… Elsa Mora: Timeline at the National Arts Club in Gramercy Park… and the public art installation Aimée García: Times of Silence in Times Square.

Latin American in New Jersey. Works by Los Carpinteros are among the more than 60 pieces on view in Everything you are I am not: Latin American contemporary art from the Tiroche DeLeon Collection.The exhibition, which debuted last December at Mana Wynwood in Miami, is now on view at Mana Contemporary in Jersey City, where it runs through August 1.

Save the date #2: (Art)xiomas in Washington. Curated by Gabriela García Azcuy, this group show includes work by a dozen young and emerging Cuban artists, including Ariamna Contino, Jorge Otero, Adislen Reyes, Adrián Fernández, Alex Hernández, and Frank Mujica. The exhibition debuted last November at the Centro Cultural Español in Miami; now, it’s coming to the Art Museum of the Americas, where it will commemorate the centennial of the museum’s founding director, José Gómez Sicre—the curator who brought MoMA director Alfred Barr to Cuba in the 1940s and was an organizer of the landmark 1944 exhibition, Modern Cuban Painters. (Art)xiomas, Cuba Ahora: The Next Generationopens June 9, running through August 7.

This Saturday: María Magdalena Campos-Pons in Washington, DC. This Saturday afternoon, the artist and her musician partner, Neil Leonard, will stage a performance and procession at the National Portrait Gallery, reinserting a sense of black history and presence into the history behind the portraits. A Cuban band will join Campos-Pons, Leonard, jazz trumpeter Terence Blanchard, and other performers, starting at 4 p.m.

Cuba on Film in Miami. As part of the programming for its exhibition Promising Paradise: Cuban Allure, American Seduction, The Wolfsonian-FIU has teamed up with the Miami Beach Cinematheque to present Sunday afternoon guided tours of the exhibition followed by films inspired by Cuba. Catch the film noir A Lady Without Passport (1950) on May 29; the comedy Our Man in Havana (1959) on June 19; the Soviet-directed Soy Cuba (1964) on July 10; and the drama Before Night Falls (2000) on July 31. Exhibition tours start at 5 p.m., followed by the film at the Cinematheque (across the street) at 6.

Tonight: MalPaso in NYC. Since its New York debut at the Joyce Theater in 2014, Havana’s MalPaso Dance Company has returned each spring—and this year, they’ve got company. Opening tonight and running through May 22, the Joyce’s Cuba Festival adds the New York debuts of DanzAbierta and the Irene Rodríguez Compañía to its MalPaso schedule. Here, a short video of DanzAbierta.

Cuban Music Week. The nonprofit ARChive of Contemporary Music is spearheading a live and online celebration of Cuban music, presented in conjunction with Cubadiscos, a music-industry and scholarly event in Havana. The project is scheduled for May 14–22; track its progress and find events near you on the ARChive website.

And Cuban chamber music in Houston. Leo Brouwer’s “Quintet for Guitar and Strings” and several solo guitar pieces are on the schedule for Cuba Libre!, a program of Cuban and Cuba-inspired music performed by the Apollo Chamber Players. Other composers on the program include Miami-based Cuban composer Maureen Reyes Lavastida and Arthur Gottschalk, whose “Imágenes de Cuba” will receive its world premiere. May 22 at Match arts center in Houston.