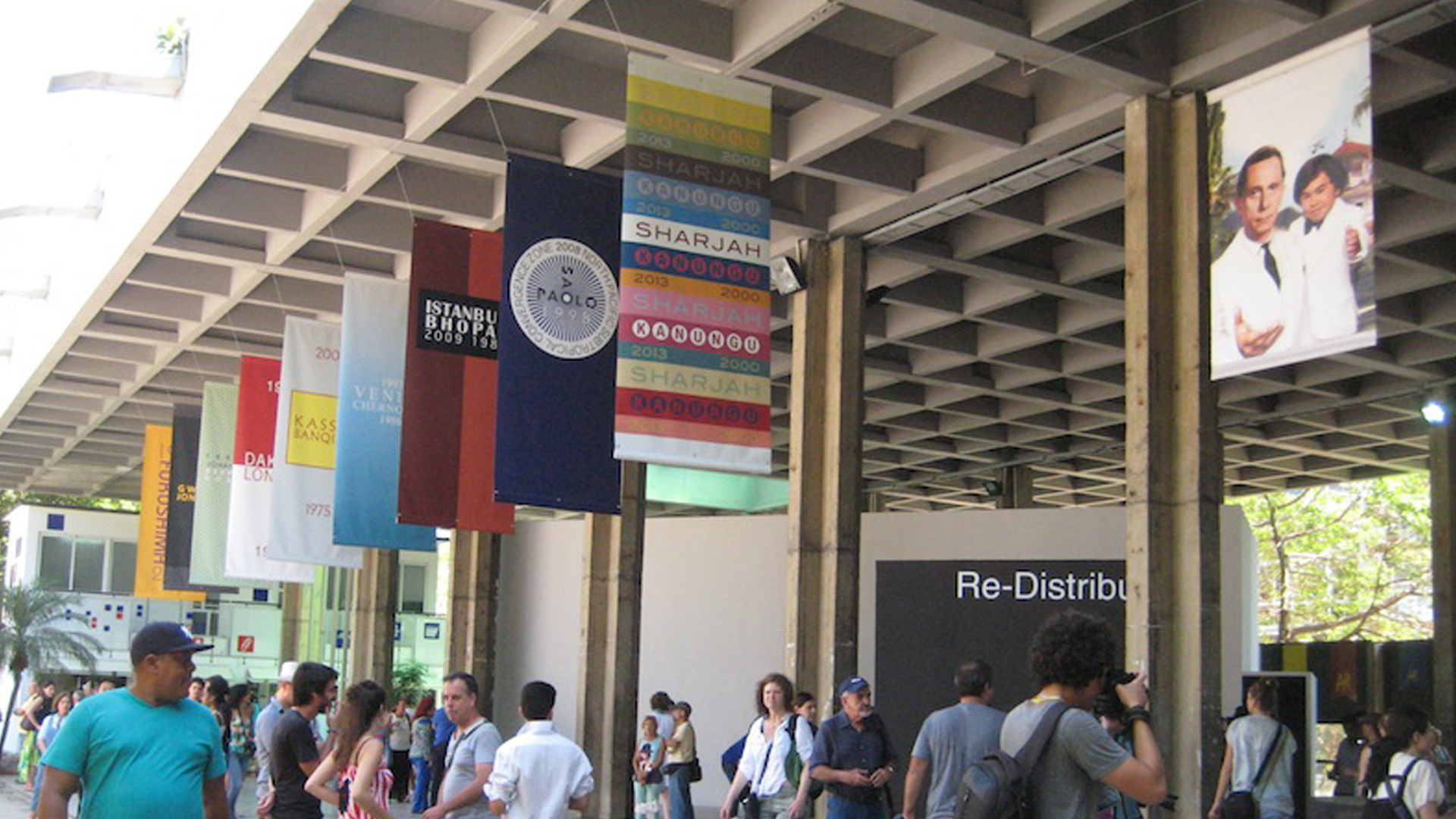 Home Visual Arts Reflections on the Biennial: Successes, Skepticism, and a Look Toward the Future
Facebook
Twitter
Linkedin
Email

Although the 12th Havana Biennial ended last June, its reverberations are still being felt on the island and beyond. Art and visual media critic Hamlet Fernández, professor at the University of Havana and three-time winner of the Guy Cisneros National Prize for art criticism, looks at the successes (and otherwise) of the 2015 Biennial, and what they might mean for art on the island.

The National Council of Visual Arts (CNAP) has recently stated that the 13th Havana Biennial, scheduled for 2018, will be held in November rather than coinciding—as has been customary for many years—with the onset of the terrible Spring on the island. Terrible not because of rain—which has become scarce in Cuba—but because of the heat wave that settles on the island in May.

That quasi-obscene feeling of drowsiness we’ve all suffered while walking around the city and the Morro-Castle military complex is one of the factors that has detracted from full enjoyment of the event. So it’s worth celebrating this shift of dates.

It’s unfortunate that the decision wasn’t made in 2014, as part of the celebrations for the 30th anniversary of the Biennial’s founding. The 12th edition, which atomized the mega-exhibition throughout the city, could have benefited from the northeast winds.

Between the Idea and the Experience

The 12th Biennial tried to reinvent the “myth of Havana” with an ambitious and risky curatorial idea. It avoided the usual pattern of bringing together artists around an issue or problem that serves as the central pivot for a general curatorship. Nor was there a group exhibition that could be taken as the core of the official event. Instead, the overall program unfolded in a long list of small and medium-sized exhibitions, performance actions, projects in progress, and artistic interventions in public spaces, in communities, and in various institutions, or in lectures, conferences, and so on.

This extensive program, which gained prestige from the presence of important artists with international reputations, was without doubt a healthy development. That overflow of the Biennial into the city, and the involvement of many other cultural institutions, gave it an expansive, decentralized, and popular character, which had nothing to do with the hegemonic model of first-world biennials. Since its founding, that has been the theoretical, ideological, and ethical reason behind the Havana Biennial: to be a real, creative, viable alternative to the standardized and elitist scheme of a biennial.

However, not everything is rosy. There are several points on which we must reflect, because only a collective debate can contribute to improve future possibilities for the most important event of visual arts in Cuba.

Consider the core program, for example. The succession and simultaneity of actions planned for the first week was not meant for human beings of flesh and bone, who can be in only one physical location at a time. Those early days were a real delirium. People felt frustrated and anxious at being unable to attend all the events, especially ephemeral actions like performances.

Several projects had as their main attraction that level of interactive and performative actions, so that after the opening days they lacked relevance, or no longer existed as an exhibition but as itinerant projects, as an artist’s targeted actions in a public space. There were so many of these small actions that just browsing the listings in the program was tiring.

Another crucial aspect: due to production costs, safety, etc., an intervention such as that in Casablanca could not maintain its initial integrity all month long. Exhibitions in iconic institutions, such as the Wifredo Lam Center or the Cuba Pavilion, left much to be desired. It seemed impossible to find any logic or curatorial consistency in these two cases, which were the most critical, I think, of all shows held in exhibition spaces and institutions.

At the Lam Center, the uneven quality of the exhibitions was remarkable, and the general quality was quite low or average. Each room seemed to be disconnected from the rest of the shows. At the Cuba Pavilion, the museology made us wander in a sea of ​​ambiguity—or rather, the space was a chaotic sea and the works seemed like small boats, some so weak and inconsistent that it was risky to try to hold onto them to save ourselves from shipwreck.

Due to this imbalance in ephemeral, simultaneous, and scattered actions throughout the city, and the curatorial inconsistency of some of the exhibitions at major venues, the collateral programs of contemporary Cuban art ended up winning a significant role. This prompted confusion in the general public, and a tendency to assume that these collateral programs were the Biennial itself—a phenomenon that had been recurring for several previous editions.

This is a paradoxical dilemma: the rich cultural context that the Biennial generates improves the visibility of Cuban art, while it overshadows the official program.

The most outstanding example in this regard, in the last two Biennial editions, it is the project Detrás del muro (Behind the Wall). If one of the fundamental premises of the 12th Havana Biennial’s curatorial concept was to encourage projects that organically inserted the action of artists into small urban spaces—so that art can burst into the daily lives of people, even for a short period of time—then the second edition of the presentations along the famous Havana seawall, organized by Juan Delgado, fully complied with this mission.

Even so, Behind the Wall was not invited to be part of the official program of the 12th Biennial. Although it had been the sensation of the previous Biennial, it participated as a collateral project. The public showed the same interest in this second edition. One merely had to stroll along the Malecón, from the Fortaleza la Punta to the Hermanos Ameijeiras Hospital, to appreciate the unbiased spontaneous, creative, and sociable enjoyment that people took in their contact with these sculptural, pictorial, or architectural interventions and installations.

Juan Delgado extended participation this time to foreign artists as well, so that the participant list was heterogeneous in every way: Young and not-so-young Cuban artists and others living in the country; Cuban artists living elsewhere for many years; and foreign artists from Europe, Africa, and the Caribbean. Such heterogeneity generated a picturesque convergence of aesthetic proposals.

Of course, not all projects had the same quality, or the same acceptance. One with the most conceptual finesse was Glexis Novoa´s gallery of drawings—a sort of miniature museum of Soviet iconography camouflaged inside a ruin, a rich contrast of meanings that isolated us in a heterotopic perceptual experience. As for popularity, of course, Arlés del Río´s little beach (Resaca) had no rival.

No area of ​​Havana other than the Malecón favors such rich interaction with pedestrians. With actions like this project, people enjoy, ask questions, have a different aesthetic experience of space. That is the real and most important show: the spontaneous way people can relate to art, without being aware of what they are doing.

The Havana Biennial has, in the Malecón, an excellent showcase for what has been conceptualized as the main curatorial intention: to move art actions and objects beyond traditional art spaces, to involve the architecture and design of the city in interaction and direct communication with the public, and to promote the actual insertion of art into society.

Next: An incisive look at foreign participation in the 12th Havana Biennial, and what comes next.