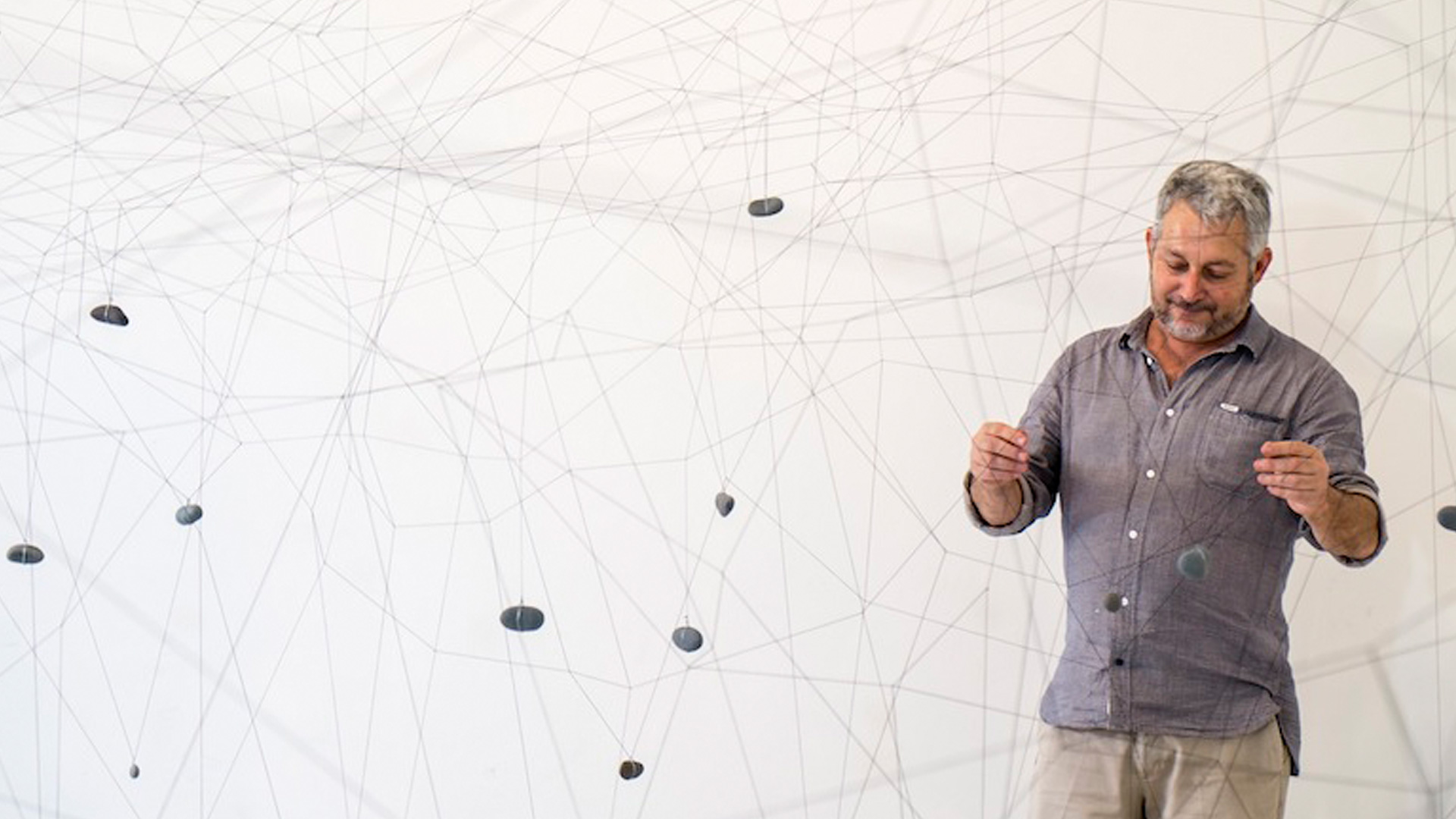 With the start of Art Week just days away, we kick off our annual guide with a look at Cuban art in Miami-area museums and galleries. Next week: Cuban art at the fairs.

Carlos Alfonzo at PAMM. In Miami, Alfonzo is best known for his large-scale ceramic murals at the Santa Clara Metrorail station and at Florida International University. At the Pérez Art Museum Miami, Carlos Alfonzo: Painted Works and Ceramics zeroes in on the other end of the scale: the small, molded clay and ceramic objects that Alfonzo painted with such exuberant brio. Curated by César Trasobares, the exhibition presents these pieces in the context of Alfonzo’s paintings and drawings done around the same time.

Carlos Estévez at the Frost. The artist’s first solo show in a Florida museum, Carlos Estévez: Celestial Traveler spans close to 20 years of the Estévez’s career, with more than 35 sculptures, assemblages, installations, and works on paper, including many presented for the first time. Nearing the end of a satisfyingly long run, the show is on view through January 3.

And a CIFO event by Alexandre Arrechea. The organization Kreëmart invites artists to work in an unexpected medium: dessert. Next week it’s Alexandre Arrechea’s turn. Part installation, part happening, Arrechea’s More Beautiful Than Silence offers viewers the opportunity to explore a series of written-word sentences, then break apart the enclosing sugar fondant boxes with small hammers—an abstraction of taste through sound. Presented by CIFO and Kreëmart, the event takes place at CIFO Art Space on Thursday, December 3, 10 a.m. to 1 p.m.

You’ve Got to Know the Rules…To Break Them at the de la Cruz Collection. Opening Tuesday, December 1, this expansive group show surveys artists whose work references Minimalism, Conceptualism, and Abstract Expressionism while reflecting their own highly personal interpretations. The more than 40 international artists include Ana Mendieta, Félix González-Torres, Jorge Pardo, and Allora & Calzadilla.

Shades of Grey at Pan American. This international group show spotlights works done only in black, white, and countless shades in between. Among the show’s paintings, photography, works on paper, and assemblages are graphite and charcoal drawings by Gustavo Acosta, graphite works by Jorge López Pardo, and paintings by Carlos Estévez.

Pan American Art Projects will move to a new space in January, but the space in Wynwood will be open through Art Week and beyond, with Shades of Grey running through December 20.

Parallel Paths at Latin Art Core. Abstract painters and members of the group 10 Pintores Concretos, Salvador Corratgé and José Rosabal were also good friends. At Latin Art Core, Parallel Paths: Recent Works by Two Cuban Concrete Painters brings the artists together for their first joint show in 52 years—and their last, following Corratgé’s death in 2014. Curated by Rafael DiazCasas, the show explores the similarities and differences in the artists’ styles, and their mutual influences.

Gory at Aluna Art. A pioneer of Cuban contemporary art, Rogelio López Marín—better known as Gory—gets a thoughtful second look in this survey curated by Adriana Herrera and Willy Castellanos, the Aluna Curatorial Collective. Through paintings, documentary photographs, and photo-based artworks, Gory: Notes for a Retrospective poses questions about photography and the archive as vehicles for articulating new constructions of reality, and about painting as an aesthetic exercise and existential reaffirmation. The show includes a group of photo-montages from the 1970s and 1980s that were reprinted using digital techniques.

Also at Aluna. The exhibition A Russian, A Chinese, and a Cuban walk into an Art Show, featuring the work of Guo Jian, Alex Ydzon, and Rubén Torres Llorca, has been held over. And tomorrow, November 28, Havana curator Elvia Rosa Castro launches her new book, Los colores del ánimo, at 7 p.m.

Cuban Collectors at Vedado Social Club. A pop-up exhibition presents the art of Ernesto Rancaño, Antonio Guerrero, and Javier Guerra on Friday, December 4. Open from 4:30 that afternoon to 12:30 p.m. Saturday.