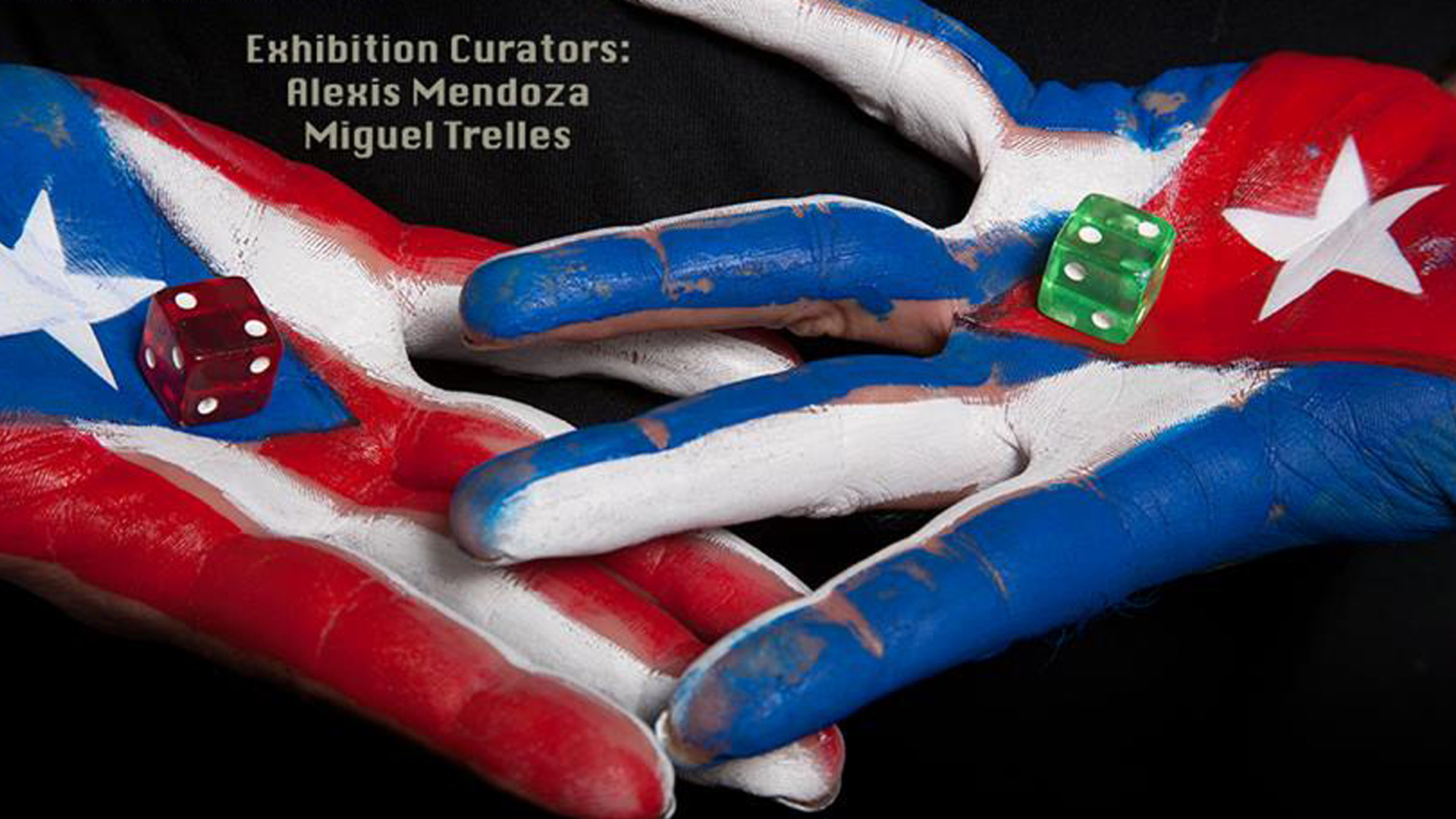 Signos in Havana. Just opened at Factoría Habana, Signos: arte, industria y vice-versa (Signs: Art, Industry and Vice-Versa) takes an expansive look at the interactions of art, design, and industry and their effects on the urban fabric of Havana. Filling all three floors of the space, the exhibition gathers furniture, textiles, videos, photographs, maquettes, blueprints, sculptures and other artworks and sets them into a fluid, improvisational dialogue. Curated by Tonel and Factoría Habana director Concha Fontenla, the show includes work by more than 30 artists, architects, photographers, industrial designers, and project groups. On view through January 15.

And Jaime Valls. Known as a master of satirical illustration and advertising imagery with a modern edge, the Spanish-born Valls (1883–1955) celebrated Afro-Cuban culture in both his art and his commercial work. Curated by Yenisel Osuna, Jaime Valls: Ritmos is the first exhibition in recent years to focus on Valls’s exploration of Afro-Cuban themes. Presenting 26 of the artist’s drawings and advertisements, the exhibition runs through November 15 at the Museo de Arte Colonial.

And Campins in France. This past Sunday saw the opening of a solo exhibition by Alejandro Campins at Galleria Continua Les Moulins, a multi-building art space housed in a former industrial complex in the countryside near Paris. The show runs through December 20.

Vincench in Bogotá. At Montenegro Art Projects, José Ángel Vincench: El Peso de las palabrasspotlights the artist’s recent series of paintings in gold, along with small-scale sculpture and other canvases. On view through November 19.

Cuban artists in San Juan Triennial. David Beltrán, Carlos Garaicoa, María Elena González, Félix González Torres, José Iraola, and Sandra Ramos are among the more than 50 artists and artist groups participating in the 4th Poly/Graphic San Juan Triennial: San Juan, Latin America and the Caribbean. Opening this coming Saturday, October 24, the event takes as its theme Displaced Images / Images in Space. “Following the Triennial’s fundamental tenet of exploring an expanded and inclusive notion of the graphic image,” reads an online announcement, “this 4th edition will examine the displacement of this image and its exit from its traditional supports to the gallery space and to the public realm.” Organized by chief curator Gerardo Mosquera and curators Vanessa Hernández Gracia and Alexia Tala, the 4th Triennial takes place at nine museums and cultural organizations. On view through February 27.

Camera of Wonders in Mexico City. Marta María Pérez Bravo and the duo Allora & Calzadilla are among the 80-some photographers and photography groups with work on view in this international group show. Described by its organizers as “an associative display of more than one hundred photographic works spanning the history of photography,” the exhibition brings together masters of 20th-century photography and contemporary cutting-edge artists. Opening next Tuesday, October 27 at the Centro de la Imágen in Mexico City, the show runs through February 14.

Save the Date #2: Under the Same Sun in Mexico City—and London. The exhibition Under the Same Sun: Art from Latin America Today debuted at the Guggenheim Museum in New York in June 2014, showcasing work by 40 artists—including Wilfredo Prieto and Tania Bruguera. Now, the exhibition is slated to open at the Museo Jumex in Mexico City on Thursday, November 19, where it runs through February 7. It then travels to the South London Gallery, opening in June 2016.

Through Windows… in Las Vegas. Last week saw the opening of Through Windows, Through Curtains, Call on Us: Contemporary Cuban Art, a group show featuring the work of Sandra Ceballos, Ángel Delgado, Ariel Orozco, and Sandra Ramos. Curated by Robert Tracy and Emmanuel Ortega, the show is on view through November 14 at the Donna Beam Fine Art Gallery of the University of Nevada Las Vegas.

And then Reveal. The Frost Art Museum is getting a jump on the art fair season with a “pre-Art Basel showcase” of work by three young Cuban artists now living in Miami. On view for four days only, Reveal presents work by Jorge Wellesley, Kenia Arguiñao Vega, and Douglas Arguelles Cruz—in all, some 35 canvases, sculptures, and works on paper. At the Frost from Thursday, November 5 through Sunday, November 8.

Boricuba 2 x 2 in New York. A look at the ways that artists from Cuba and Puerto Rico, living at home or abroad, address the ongoing and continuous exchange between island and diaspora. Curated by Alexis Mendoza and Miguel Trelles, the show features more than two dozen artists, including Clara Morera, Ibrahim Miranda, Juan Sí González, and Alicia Leal. At the Abrazo Interno Gallery of the Clemente Center on the Lower East Side, Borcuba 2 x 2 opens Tuesday, November 6, with a reception from 6 to 8 p.m., and runs through December 6.

AFLFC Gala. Next Thursday, October 29, New York’s Copacabana Nightclub will be the scene of the annual gala for the American Friends of the Ludwig Foundation of Cuba. Celebrating the organization’s 15th anniversary, the gala will honor Harry Belafonte and Danny Glover, among others, and will feature performances by José Alberto “El Canario” and Fernándo Dewar and Alden González of Septeto Santiaguero de Cuba. For ticket info, visit the AFLFC website.

Save the date #3: Contingent Beauty in Houston. Opening in late November at the Museum of Fine Arts, Houston, Contingent Beauty: Contemporary Art from Latin America brings together 21 artists who use a range of media to spotlight social concerns. Among them are Tania Bruguera, Los Carpinteros, and Yoan Capote, whose Stress (in memoriam), 2004–12, offers a metaphor for resistance in the form of a heavy concrete block grinding actual human teeth. Drawn primarily from the museum’s collection, Contingent Beauty is curated by Mari Carmen Ramírez. Opening November 22, it runs through February 28.

For your reading pleasure, a conversation (in English) with artist and scholar Coco Fusco, described by interviewer Laila Pedro as one of the “most astute and involved observers of Cuba’s complex artistic and political landscape.” In this month’s Brooklyn Rail, and online here.

New film in development by Juan of the Dead producers. The first Caribbean Film Mart took place last month at the Trinidad + Tobago Film Festival. Among the 15 feature-film projects from countries around the region was The Extraordinary Journey of Celeste García, the first full-length feature directed by scriptwriter and short-film auteur Arturo Infante. The project’s producers, Claudia Calviño and Alejandro Tovar, were also producers on the 2011 zombie hit Juan of the Dead, and from advance word on the film, it seems that Celeste takes a similarly offbeat approach to another movie genre: aliens from another planet.

Chucho Valdés on US tour. Today, the 74-year-old jazz master kicks off a U.S. concert tour to celebrate the 40th anniversary of his groundbreaking group Irakere. First stop tonight: the Walt Disney Concert Hall in Los Angeles, with special guest Eddie Palmieri. The concerts continue through November 16, with performances by Valdés and his current group, the Jazz Messengers, in Tucson, Chicago, Boston, San Juan, and more. They’ll be in New York on November 10 at Town Hall, and in Miami on November 14 at the Fillmore Miami Beach at the Jackie Gleason Theater. A recent article in Billboard lists the full schedule.