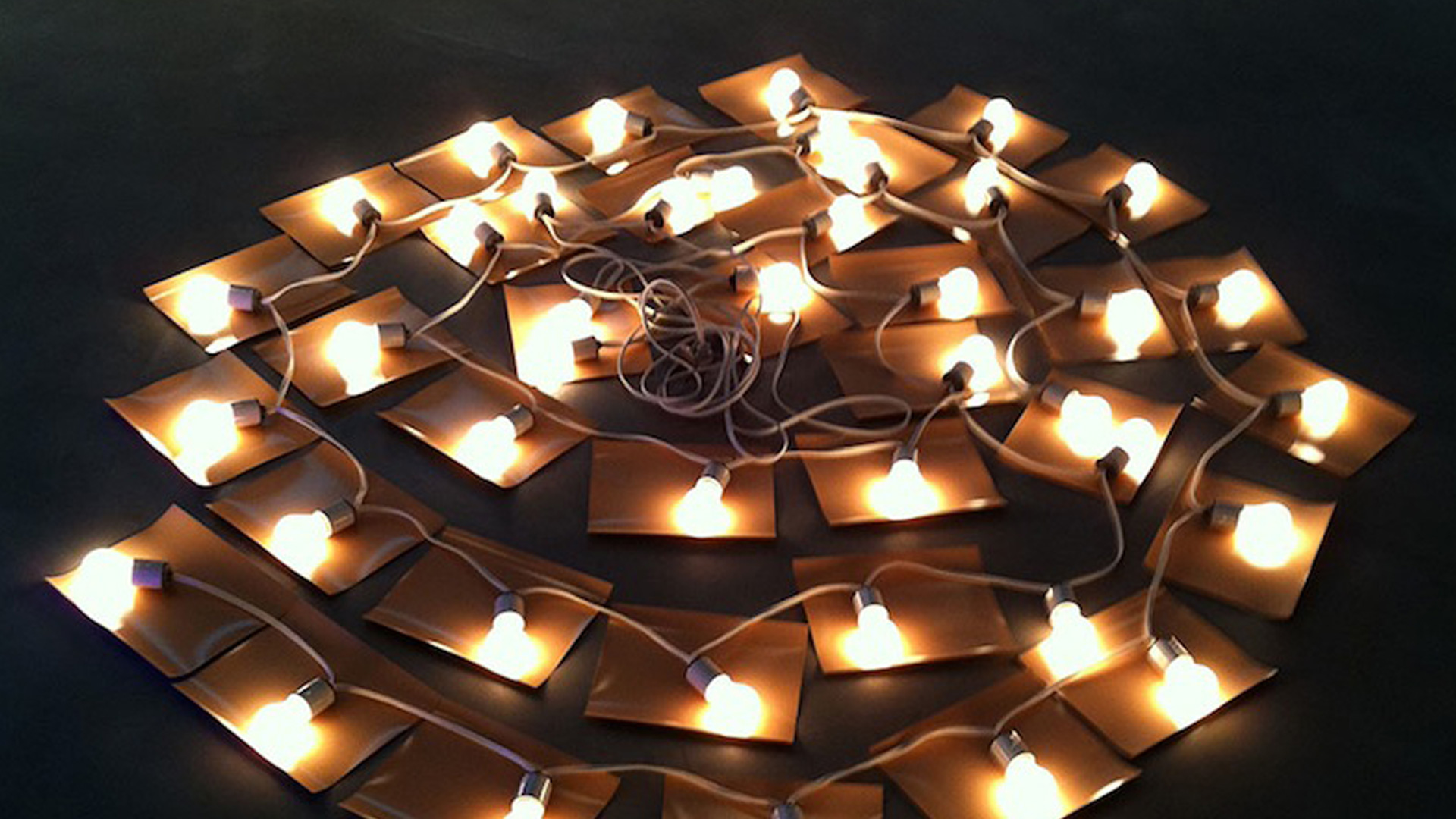 This Thursday, September 10, María Martínez-Cañas opens What Remains, her sixth solo show at Julie Saul Gallery in New York’s Chelsea district. The exhibition includes some of her earliest work, much of it never shown before, along with works from her most recent series.

In a conversation with Cuban Art News, the Miami-based artist talks about influences on her work, why fragmentation is a recurring theme, and how Cuba has figured in her creative life.

Tell us about your new exhibition, What Remains.

When the gallery proposed the exhibition, they wanted to do a survey. It ended up becoming an idea that I had many years ago: that I might have worked with the a concept, and then many decades later that concept comes back but in a very different way, based on the development and evolution of the work.

I feel that every body of my work is related in some way or another. It doesn’t matter if I did it 30 years or five years ago. In that sense, when the director of the gallery came down to Miami and we were looking at the work, we realized that there was a connection between the very early work and the latest work. Thematically and concept-wise, it was a way to bring it all together.

What’s the connection between the two?

I am a photo-based artist, whose medium of expression is photography. But I’m not a traditional photographer. I don’t deal with photography in the conventional manner. For me, photography has almost always been about erasing, about removing.

By removing, by fragmentation, I can then layer and create a new realism that allows me to work in a very personal manner. I utilize photography as a way of dealing with the issues and ideas and concepts that have to do with my life. In that sense, What Remains is about that. It’s about what is left behind, what is allowed to be present because everything else has been removed.

Can you give us a couple of examples?

Believe it or not, some of the early work in the show I did when I was 20 years old, for my bachelor’s degree in Philadelphia [at the Philadelphia College of Art]. In some, I was given an assignment—say, a still life assignment. And I would say, Well who wants to do that? What can I do to the concept of this assignment to make it work for me?

So the still life is there, it’s just that I hid it behind this black veil that I made by throwing white light onto the paper, where I exposed the still life image I had already photographed, allowing fragmenting backgrounds to show up.

In Vestígios, the latest work, which I’ve done this summer, I decided to take images from books, and to start erasing the images that appear in them.

Most of the work in the exhibition hasn’t been shown before. Why did you choose to present it at this point in your career?

I always knew the significance of the early work, but I felt that, number one, they’re all unique—there are not that many of them. If I had brought them out early, who knows where they would be today? I might not have any of them. I felt I had to keep them—that one day I would be able to bring them out and give them the importance that they have had in my whole career.

If you want to understand how my career came about—and by career, I mean my practice as an artist—it’s not that I woke up one day and had an idea, but that these ideas had been worked and reworked and rethought and refragmented and rebuilt.

I felt it was the right time—a way to show a much more complete, larger picture than had been brought out before. This is something that has been “in there,” and it was just the perfect moment for me.

And for me, it’s going to be great to see them finally in a show that really puts them together.

You studied at the Philadelphia College of Art and then did your MFA at the School of the Art Institute of Chicago.

There’s a very Bauhaus aspect to my work that I think was very much influenced by teachers and artists I encountered in Philadelphia and Chicago. Ray Metzker, Barbara Crane, Barbara Blondeau—a lot of these teachers and artists were working, having come from the Bauahus movement in photography. In a way, my early work is almost a reaction to that. The layering and the fragmentation come from that part of my education as an artist.

Ray Metzker was chairperson of the photography department when I entered Philadelphia. Barbara Crane came from Chicago to give a lecture. I became fascinated with her work. That’s the reason I went to Chicago, because I wanted to study under her. It’s incredible, the influence that this group of people had in universities around the country.

[From them,] I understood that light, above anything, is what makes photography, no matter if you do digital or analogue. You create the photographic image with light. That has never changed through the years.

When I studied filmmaking and was given an assignment to work with motion, I would do it through light. That had a major influence on my work, in the way I approach time, space, and presence.

There’s a piece in the show that you created in memory of Félix González Torres, based on his sculpture Untitled (America#3). Your work is a photographic record of the light cast by his work. What do we see in this picture?

You’re seeing a photograph that was taken at the moment I was creating my work, with his work on top of the paper—the process of making the work.

I wanted to document the presence of this work that he created. It was done on my birthday, and having known him personally, that was important. It was like having a conversation with him.

It’s the remnants, the remains, the traces of something that was there on top, but is no longer there. I don’t own that work, it’s in the de la Cruz Collection. But I have a trace of that image, that work. And that to me was really important. Because it’s about the traces that are left behind.

I didn’t move his work. We turned it off, so it would not be hot. I picked up the bulbs and slipped photographic paper under them. The work remained in the same shape it was in before, I just followed the contour of the piece. Instead of one bulb per sheet of paper, I sometimes used two bulbs—the piece has 42 bulbs, and I made 36 photographic images that go all around.

We turned the work back on, and we were there for hours. I had set up trays on plastic [sheeting] so I could develop the images as soon as they were made. I had to be very careful, I was petrified that I was going to damage one of the bulbs.

At the same time, it was an honor to do something like that, and that Rosa [de la Cruz] trusted me. To allow me to do that was, for me, incredible.

How about your current series, Vestígios? Am I right in thinking that there’s no photographic process involved in this one at all?

Yes and no. The part of Vestígios that will be in the show are images taken from a book. But this is just part of the series.

For me, images come from many sources, from an image in a book to an image in a newspaper, to a real gelatin silver image, to maybe an image that is a photogram. It’s working with images, but the sources are different. That’s why I call myself a photo-based artist.

I own the photographic archives of a Cuban writer and curator who passed away in 1991, by the name of José Gómez Sicre. He was the director, for more than 30 years, of the museum of Latin American art at the Organization of American States in Washington, known then as the Pan-American Union. He is the man who, together with Alfred Barr, who at that time was the director of MoMA, went to Cuba in 1942 to curate the exhibition Modern Cuban Painters that was shown at MoMA in 1944.

I own all his negatives, all his photographs. I knew him for many years because my parents were art collectors when I was a little kid. I grew up surrounded by art and met a lot of curators and artists.

I have taken images from the archives, which are gelatin silver prints, and I actually erased the surface, the emulsion.

What you have in the show is the set that comes from book pages, but that’s not the only images in Vestígios. There are other images, other works. And some of them are gelatin silver prints. I consider this series to be still in progress.

How has Cuba figured in your creative life?

I always describe myself as a Cuban-born, Puerto Rican-grown American citizen. I left Cuba, my parents left Cuba, when I was three months old. I’ve never been back. But I grew up in an extremely Cuban family.

For Cubans, photographic images are very important. They are evidence of things they had, of things that were left behind, of family members that are no longer living there. I have no doubt that the importance my parents gave to photographic images rubbed off on me as a young kid. I loved looking at them and understanding them. That in itself had a major impact.

Now, the sense of fragmentation. We are a group of people. Cubans are not only the ones on the island but also the ones outside of the island. We are a single pueblo. It just happens that part of the pueblo is inside the island, and part of it is outside. But we are one single unit.

In a sense, maintaining the roots and personal identity as Cuban, and also as a Puerto Rican, because I consider myself—I call myself a Cuban Rican. It had a very strong impact on my life. I based work on the issue of Cuba for many, many years. I was trying to understand why I felt so Cuban even though I lived only three months of my entire life on the island. I had to come to terms with that.

María Martínez-Cañas: What Remains opens this Thursday, September 10, at Julie Saul Gallery in Chelsea, where it runs through October 24. The opening reception runs 6–8 p.m. on Thursday.