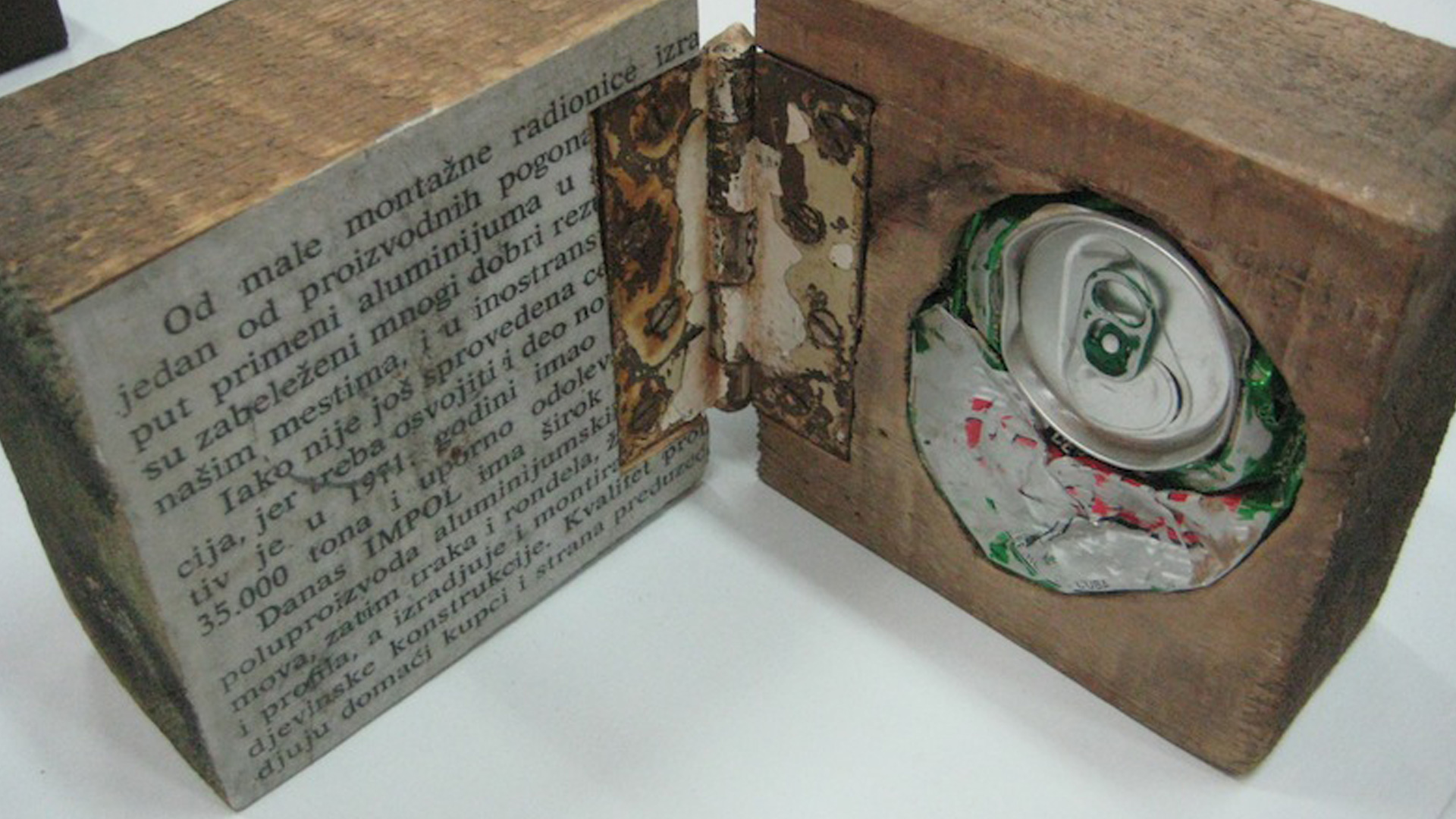 In his collateral Biennial project Intervención en la librería (Intervention in the Bookstore), artist Yornel Martínez took a multimedia approach to the theme of books, magazines, and the printed word.

Hosted by the Fayad Jamis Bookstore in the Habana Vieja district, Intervención included readings, sound projects, the presentation of the alternative magazine P350, and discussions on such topics as the death of the book, alternative editorial projects, and humor, among other elements.

For more about Intervención en la librería, photos of the opening, and more images of book-sculptures in the exhibition, see the photo album on the Cuban Art News Facebook page.

Here, a close-up look at ten of the works in Libros sin dominio, starting with Lectura fragmentada, above, by Glenda León.