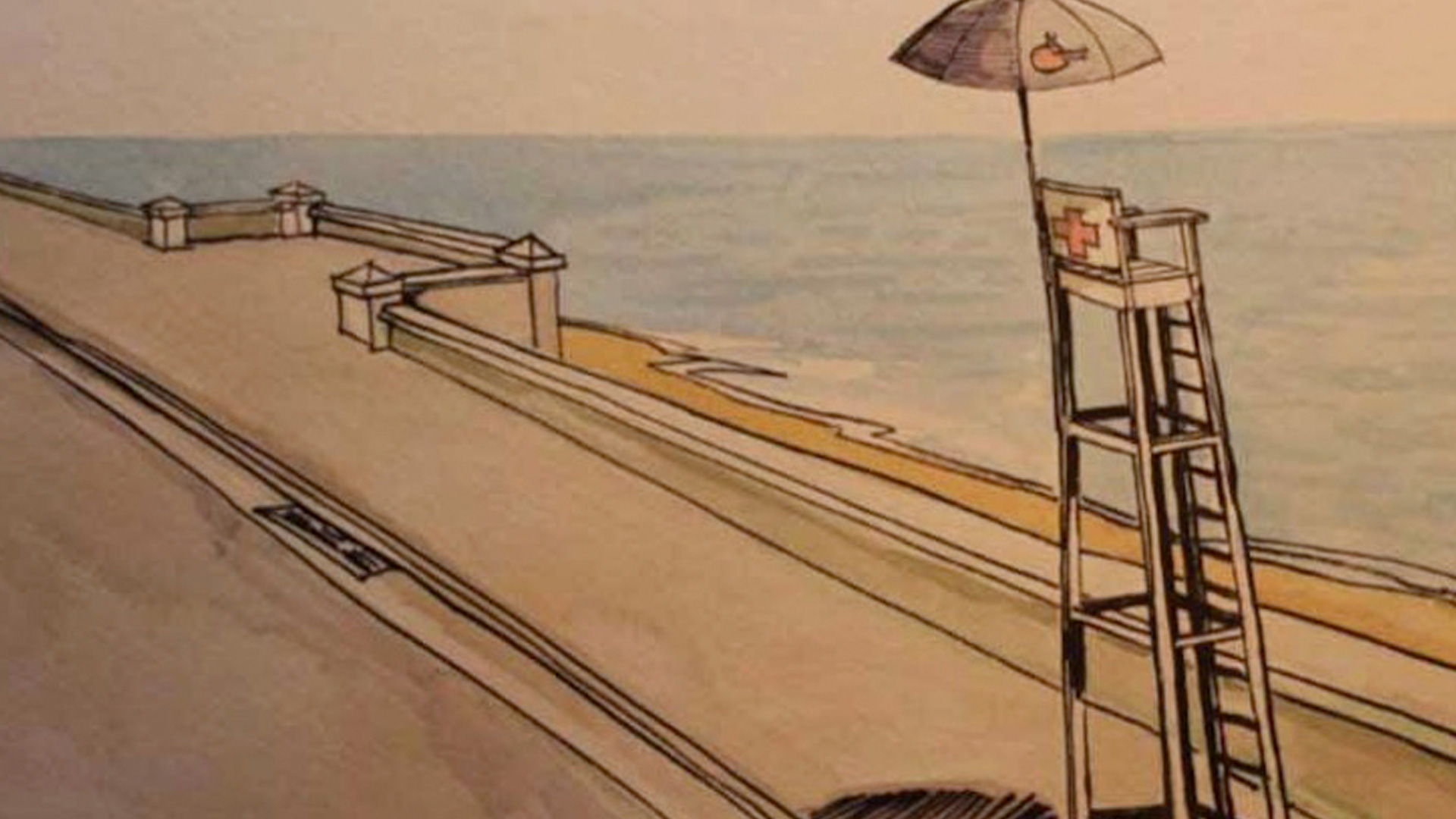 Debuting on Mother’s Day 2012, the public art project Detrás del muro brought together artists, Biennial visitors, and Cubans of all backgrounds for a celebratory art stroll along Havana’s waterfront promenade, the Malecón. And this year’s edition is even more ambitious.

Opening Sunday evening, May 24, Detrás del muro: En el medio de la nada (Behind the Wall: In the Middle of Nothing) brings together some 50 artists, including many who participated in the 2012 edition—among them Roberto Fabelo, Aimée García, Inti Hernández, Rachel Valdés, and Reynier Leyva Novo.

Most of the artists are Cubans working on the island, but there’s also an expanded list of international artists. Some of them have proposed fairly ambitious projects—like New York-based Duke Riley, who promises to bring an ice-skating rink to the Malecón. Other international artists hail from Germany, Morocco, Latin America, and the Caribbean.

There’s a sizeable number of US-based Cuban and Cuban American artists, too, including a contingent who are taking the “wall” in “Behind the Wall” seriously. This year’s exhibition is expanding beyond the Malecón to buildings on and near the inland side of the promenade. Some will feature murals and wall drawings by artists like Cuban American Emilio Pérez, whose abstract work, Un verso sencillo / A Simple Verse, has already been installed across from the Malecón.

In Mis realidades segmentadas, José Parlá is installing stand-alone fragments of walls on the Malecón, layered with his characteristic mix of color, remnants of advertisements, graffiti, and other signs of life. José Rosabal’s Fountain of Light is a site-specific, portable mural intended, the artist has said, “to evoke the beat of life around the Malecón, defined and bathed by the Caribbean Sea.”

Island artist Manuel Alejandro Hernández Cardona had a specific function in mind for his mural, Love is calling you: as a backdrop for declarations of love, beyond religious preferences, beliefs, sexual orientation, or gender.

And Miami- and Havana-based Glexis Novoa is drawing a wall mural in graphite, which will be similar to this one, made last year for a wall in Rovereto.

Rachel Valdés, whose Realidad/Happily Ever After—featuring a long, oversized mirror facing the sea—was a hit of the 2012 edition returns this year with Cubo Azul, a translucent blue structure intended to create the sensation, when you’re inside, of being part of the sea itself.

Duvier del Dago, another returning artist, takes a more playful approach to the oceanfront vista with Salvavidas (Lifesaver), a lifeguard’s stand looking out beyond the Malecón.

Florencio Gelabert, who brought a group of small, fancifully decorated islands to the 2012 edition, this year proposes Stella, a small forest of stumps set on mirrored bases.

Detrás del muro: En el medio de la nada will extend along the Malecón from Antonio Maceo Park to the La Punta fortress. It opens on Sunday evening, May 24, at 6. p.m.