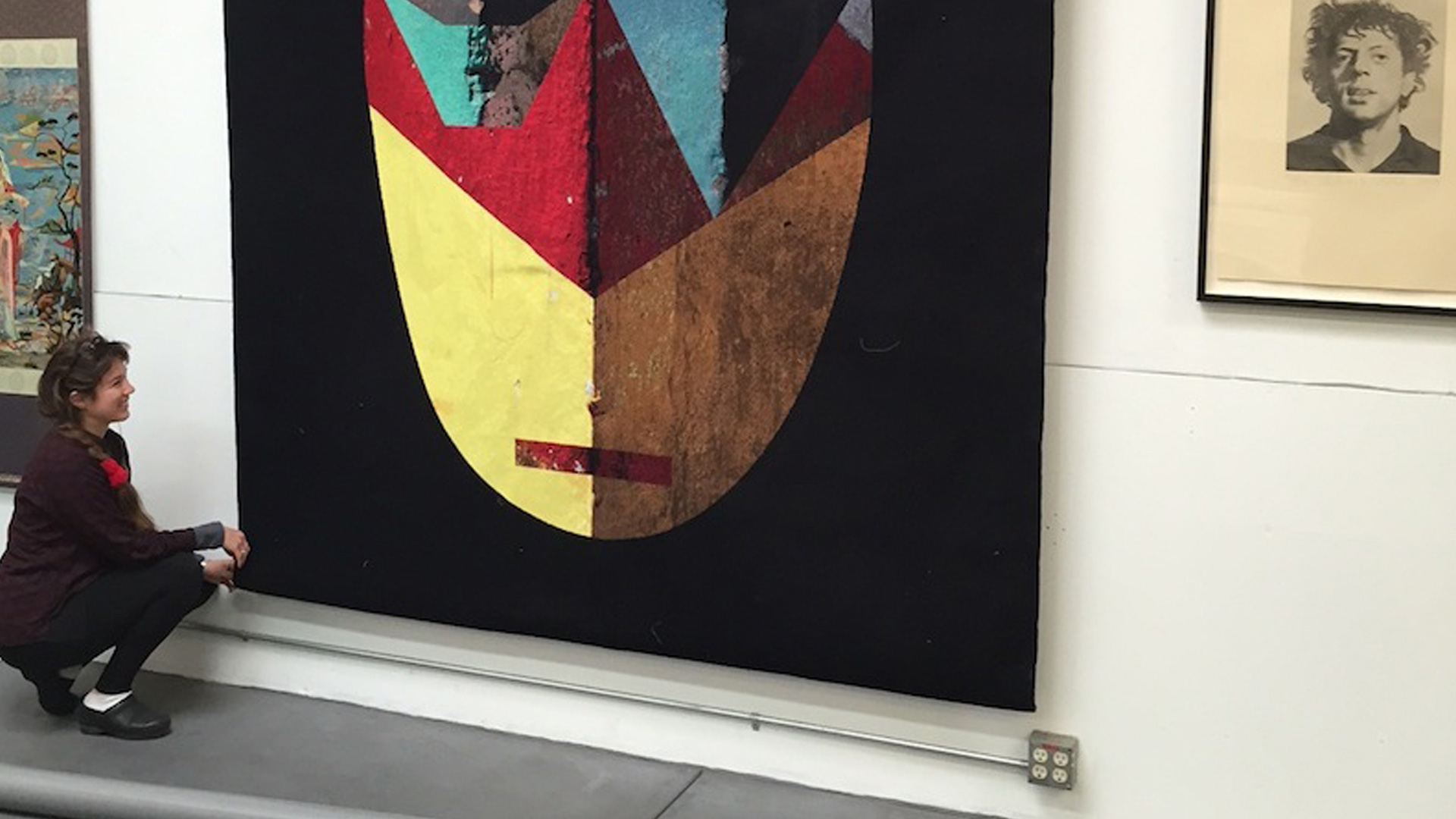 In the second of our Biennial previews, Alexandre Arrechea talks about the work in his solo show opening on May 23 at the Museo Nacional de Bellas Artes.

For the exhibition, Arrechea has been taking photographs of various buildings in Havana, including close-up details of façades and corners. He uses pieces of these photos to create photo-collaged images reminiscent of African or theatrical masks. “You can see in one mask three or more photographs belonging to buildings in different neighborhoods,” Arrechea wrote in a message to Cuban Art News. “The mask becomes a more recognizable face of neighborhood or areas. Do neighborhoods have a face? Well, no. And I’m trying to create them.”

Arrechea’s photo collages will be in the show, printed on metallic photo paper with an aluminum back plate, sized at 17 x 17 inches. But they’re also the basis of another series of works on view: large, wall-hung tapestries measuring 100 x 85 inches.

The photos show two views of one of the tapestries, titled L2VED2CH3, 2015, taken in the workshop where Arrechea is producing them.

“My exhibition will cover a big area of what silence means to me, from art and architecture to society,” Arrechea wrote. “I’m focusing on silence as a context where we all behave differently. There is the silence for good causes and silence for wrong. So,” he concluded, “the exhibition will be a map of multiple silences, where the masks are only one part of that silence that now starts to be revealed into a kind of noisy image.”