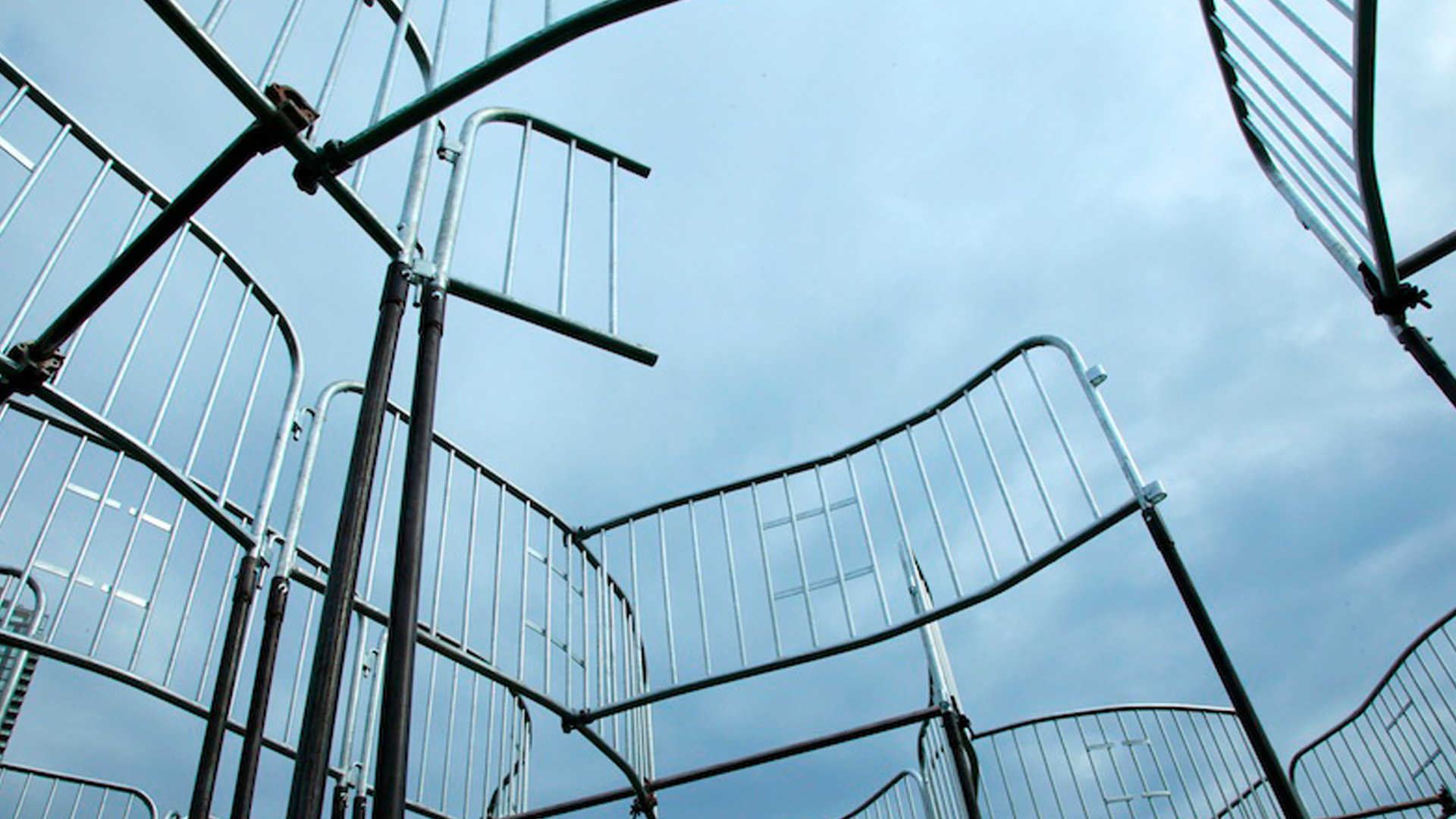 Earlier this fall, we wrote about the five Cuban artists participating in Nuit Blanche, the annual dusk-to-dawn art event in Toronto. Yoán Capote takes us through the creative process behind Open Mind, 2014, his outdoor installation for Nuit Blanche.

Capote conceived his first version of Open Mind as a maquette in 2005. And in drawings like the one here, he envisioned it as an in-ground maze.

But when he met with curator Magda Gonzáles-Mora and the organizers of Nuit Blanche, “I realized I had to find another solution in relation to the available budget,” he said. “We were having a meeting at the Toronto City Hall, and there I saw in the distance, in the middle of Nathan Phillips Square, a bunch of barricades. The idea came suddenly into my head, and that night I did several drawings trying to figure out how it could look. I was very lucky that Magda and the team at City Hall approved and enthusiastically supported this new idea.”

Instead of a subterranean maze, this version of Open Mind was constructed of crowd-control barriers—ironically, a common sight in the most popular Nuit Blanche locations. For Capote, the breakthrough came in discovering that the barriers could be elevated above the heads of the crowd.

“I preferred to subvert the idea of the labyrinth,” Capote says, “lifting up all the barricades and its maze shape. In this way the public could walk even more freely through the sculpture in any direction.”

“The symbolism of cutting and bending the original straight shape of those barricades was reinforced by the fact that I was changing its crowd-control use.”

“When I decided to raise them, I was transforming each barricade into a kind of a gate that could invite the public to come into the piece.”

“All these metal objects attached together in sequence were drawing a transparent architectural structure and a brain at the same time,” Capote says.

“During the day, when I saw and took photos of the piece from above, it made me think of each barricade as all the rules, laws, dogmas, and taboos that are intended to control our behavior.”

Capote’s Open Mind was sited at Canoe Landing, an eight-acre park in downtown Toronto. “I liked the idea of transforming a piece of art into a permanent public meditation place,” says Capote. “During the event we laid out some yoga mats on the piece, inviting people to spend time inside the piece. A lot of people also stayed there, just standing around and talking to each other, forgetting they were part of an artwork.”

“It was fascinating to me to see, from a distance, the multitude integrated into the installation. It seemed as if they were raising the barricades over their heads—also a very powerful image.”

Open Mind remained on view at Canoe Landing through October 13.