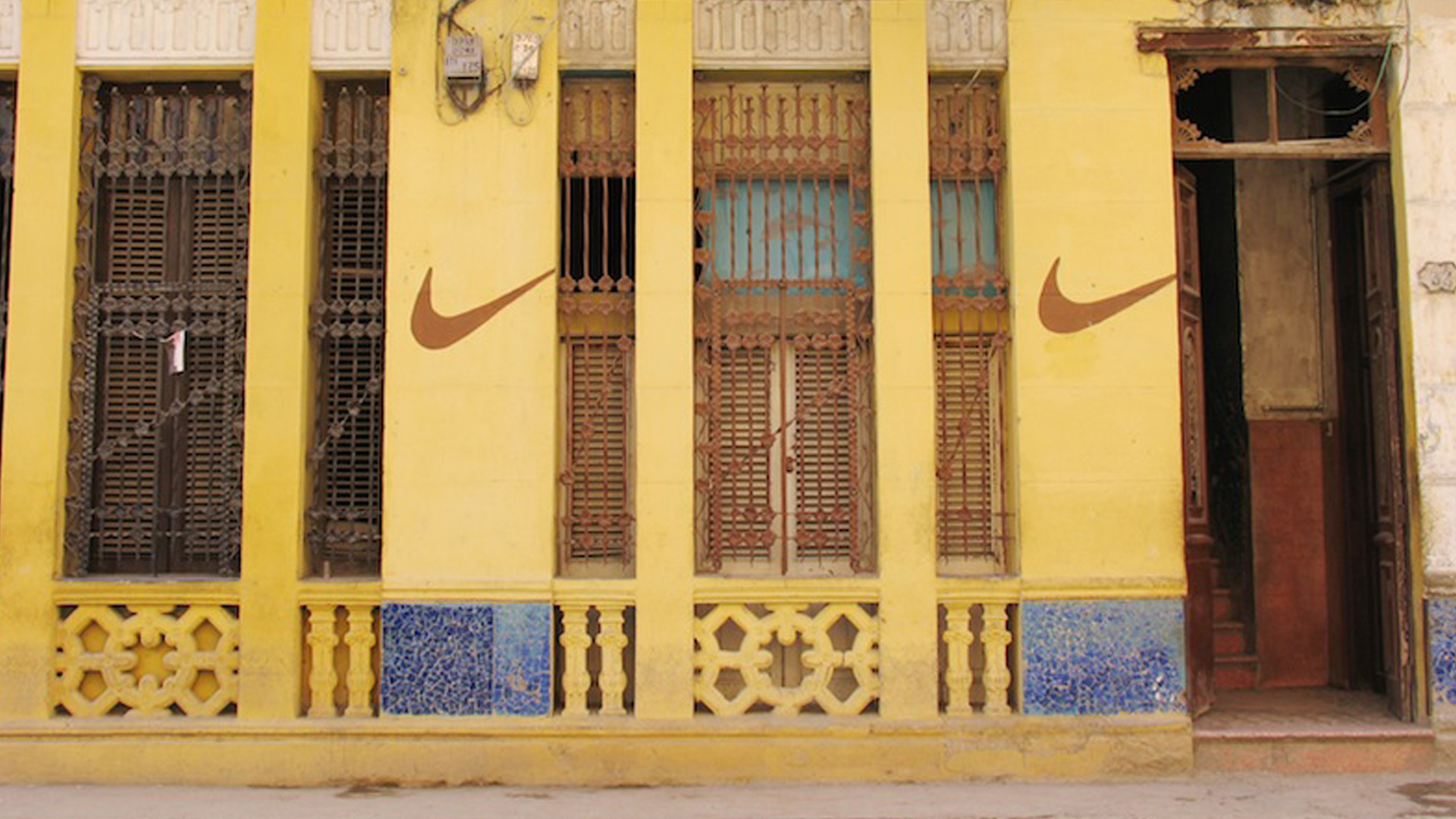 What was the impetus behind the exhibition? How did it come about?

The show grew out of the Global Africa show that I’d done four years ago, as part of an institutional commitment to broaden the purview of the museum. In its evolution from the American Craft Museum to the Museum of Arts and Design, the institution had become international in scope but had focused on the United States, sections of Europe, and Japan. Our new iteration allowed us to really look at how art, craft, and design were interfacing in contemporary practice, and it became clear that we needed to expand that international purview.

As with Global Africa, the idea behind the show was to survey the situation of contemporary design, craft, and art in Latin America. When we started the project, two things became clear: unlike Africa, Latin America has a very strong history of critical and theoretical writing on design; and unlike Africa, the whole question of what was Latin America and what constituted it—was it a continental identity, was it a language group identity—had to be worked out.

I decided to form a curatorial advisory committee, who represented different aspects of art, craft, and design in Latin America. We had three meetings where we hashed out our ideas, went through a lot of reviews of work, and came up with four main topics: collaborations with craft, localization, manipulation of objects—recycling, assemblage, et cetera—and habitation, looking how people navigated personal and civic space. Those themes continued to evolve.

Overall, I would say that the exhibition emerges from the state of the field. It’s not me and/or the committee trying to impose an anthropological view. We did the investigations, we had the conversations, these are the issues that arose from those conversations, and this is how we organized it.

It’s interesting, the way you organized it, with individual cities acting as “hubs” for specific themes. How did you arrive at that plan?

As I went over my notes from my travels, I saw that there were some prevalent dialogues, particularly with young designers, in every place I went. Then my assistant sent me a report that the American Institute of Architects had put out on cities as creative hubs, and there was the Phaidon book on twelve art cities of the future. So I started thinking about organizing the show by cities, thinking that that might be really interesting. It became clear that it offered an opportunity to integrate the various themes that came out of the discussions, and also to introduce some new themes.

What I’d say is that the cities, the hubs, are the focus for the themes. They’re like the nodules of the dialogue, and then we have tentacles reaching out from there.

All three Cuban artists in the exhibition—Ernesto Oroza, Coco Fusco, and Carlos Garaicoa—come under the exhibition theme, “Navigating Personal and Civic Space,” which has Havana as its hub. Did you choose these artists on the basis of their ability to illuminate this theme, or did the theme come out of the commonalities you saw in their work?

There are other artists in that hub who are not from Cuba, who also represent ideas about personal and civic space. But Ernesto Oroza’s “Architecture of Necessity” was a key body of work that helped us focus on what that section would look like. [See video below.] The whole idea of vernacular, on-the-ground, popular design interventions on the part of people to take care of their needs, their ways of living, and how they want to exist in the world. What happens in societies in transition—and certainly Cuba is a society in transition—and how people adapt to it.

That was my impression too—that Oroza’s work was a starting point for the “civic space” hub. How do Fusco and Garaicoa fit in?

For Fusco—I had seen The Empty Plaza, the video we’re showing, a year or two ago at her gallery. I thought it was such an interesting meditation on a space that we in the United States, in our preoccupations with Cuba, are familiar with. Wee see the reportage and photographs of Cuban leaders addressing masses of people in the Plaza de la Revolución, and there it was, empty. What did that mean? And how did it function, as an empty space versus a space where people gathered?

With Carlos, I had been following his work for a long time. I first saw it in connection with the Caribbean: Crossroads show that the Studio Museum, Queens Museum, and El Museo put together. As director of the Studio Museum in Harlem, I’d been involved in early discussion about that project. I started looking at his work quite a bit and we discussed it a lot in our curatorial meetings. At one meeting—it might have been the one in Mexico last April—someone brought images of the early iterations of Fin de silencio, the work in the show. I was fascinated by the whole idea of creating a tapestry that’s alluding to a sidewalk, the implicit/explicit commentaries to be found in the rondos [in the tapestries], and the installation of the tapestries with the videos of people walking.

We’d been looking at a lot of work. And it was never the object in isolation, but how the object became the means to different things—how a food cart that was bought or constructed was personalized and became an art form or a design object of its own. In that larger context, Carlos’s work came to the fore.

When Fin de silencio was shown at the Wifredo Lam Center during the 11th Havana Biennial in 2012, visitors were supplied with socks or booties and permitted to walk on the tapestries. It was a profound part of the experience of the work. Are you planning to do something similar?

We’re having a dialogue about it. We’re trying to balance the insurance issues with the artist’s wishes and with our institutional capability to monitor that. I think we’ll work it out. [Ultimately, the museum decided against permitting visitors to walk on the carpets. — Ed.]

It’s interesting that of the Cuban artists’ work in the show, only Garaicoa’s approaches craft. The other two use mediums—photography, video—that are considered art forms.

That’s been our intention with the exhibition. We had people on the committee who were more art-focused or design-focused, and we like that cross-fertilization between the genres.

Did you consider other Cuban artists for any of the show’s other themes?

Yes, we did, prominently Los Carpinteros. In planning an exhibition, how you bring things in and eliminate them is an organic process. After a while, you have to make priorities. But Los Carpinteros, certainly. We were considering them.

The Cuban artists in the show—how would you describe the commonalities in their work or points of view? Many artists who are from Havana or have spent time there bring a heightened awareness of architecture and urban issues into their practice. The city leaves its mark.

That’s a very pertinent observation. In my catalogue essay I have a quote from Carlos talking about what cities are in Cuba: “idyllic and nostalgic ruins from the colonial and first republic periods . . . The encounter with these buildings produces a strange sensation; the issue is not the ruin of a luminous past but a present of incapacity . . . I call these the Ruins of the Future.” That probably wasn’t foremost in my mind, but then when you step back, you say, Oh, yes—that’s really what it is.

What one is struck with in Havana is the ingenuity with which people contemporize existing structures and keep them running. Cars and bikes, but also the architecture. It’s because Havana has such a rich architectural history, and because that is such a big concern of life—it would be like that in New York. I think you’ve hit on an important point, and that’s how we arrived at the inclusion of those three artists.

I would love the public to pay attention to the way that the different designers and artists, working with craftspeople, navigate notions of global presence with a national identity. I’ve also been very inspired by the designers who, time and again, talk about working with traditional craftspeople, indigenous communities, and small family fabricators to preserve the skill set, which they see as source of national pride, and to stimulate economic sustainability. With the wildly divergent economic strata that are a fact in the world, I think that’s an impressive situation. This is social practice without the cynicism, the offhandedness, the appropriation and opportunism that that rubric in the art world can have. These are long-term commitments and relationships.

It’s interesting to see how many times the designers give a nod to their collaborators—we’re used to thinking of fabricators as more anonymous, with everything coming in under the name of the designer or the artist. That’s a trend that’s increasing, and I think it’s very interesting.

New Territories: Laboratories for Design, Craft and Art in Latin America runs through April 6 at the Museum of Arts and Design in Manhattan. Below, Ernesto Oroza’s 2006 video Architecture – Axonometrics and a perspective.