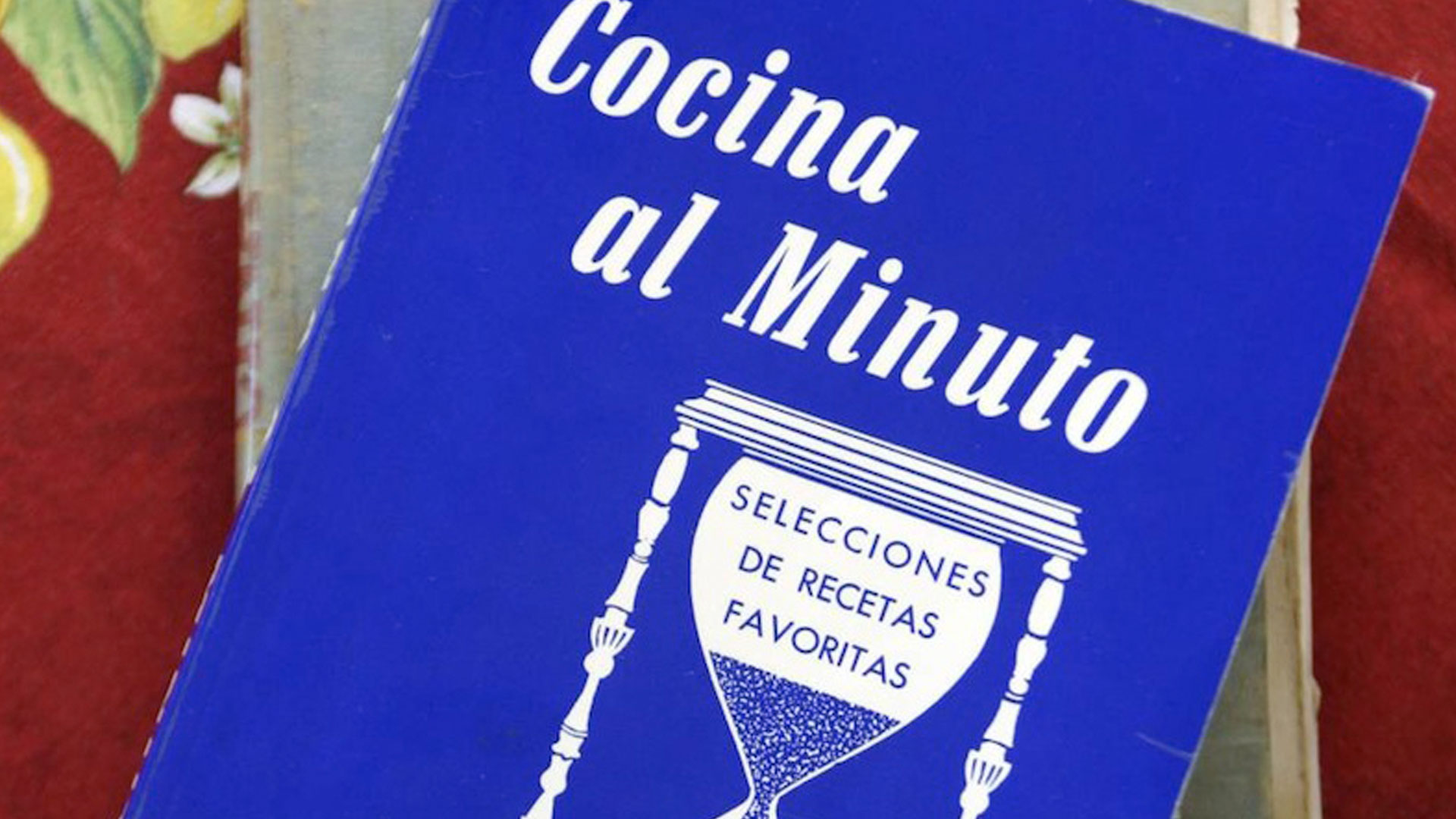 Last week, the New York Times published a recipe for picadillo, calling it “the ultimate Cuban comfort food.” The accompanying article cited Nitza Villapol as a picadillo starting-point, describing her as “the closest thing Cuba has had to a Julia Child.” That sent us on a hunt for more about Nitza, including a video.

Villapol (1923–1998) was a chef, cookbook writer, and—for a mind-boggling 45 years—the host of her own TV cooking show, “Cocina al minuto” (Cooking in a minute), named after her most popular cookbook. Born in New York City to Cuban parents, Villapol moved to the island with her family when she was nine. She had fond memories of the food in her Washington Heights neighborhood—Fig Newtons, Good Humor ice cream—but nothing good to say about mayonnaise, which she called “an American invention to ruin food.”

Studying nutrition at the University of London during World War II, Villapol learned how to prepare food under adverse conditions—an experience that came in handy decades later during the Special Period, when she used her cooking show to demonstrate inventive ways of dealing with food shortages and rationing.

“Many Cubans resented her cheerful approach to the shortages,” Fabiola Santiago wrote in Villapol’s 1998 Miami Herald obituary, “while others poked fun.” In South Florida, Santiago noted, Villapol was a controversial figure for her enduring support of the Revolution.

Even so, many still consider Cocina al minuto a kitchen bible, and countless Cuban-American women went out into the world with a copy in their luggage. Even today, Cuban-American bloggers and food writers invoke Villapol fondly. Betty Cortina, editor of the Miami Herald magazine Indulge, was sent off to college with the cookbook, and Miami blogger Cristina Gómez-Pina, who received it a few years ago as a wedding present, has been cooking her way through all 629 recipes.

Versions of Cocina al minuto have long been available in the U.S.—reprinted without Villapol’s permission, as she was quick to point out. Villapol fans may not recognize the picadillo recipe that appears in the New York Times. “Chorizo in picadillo? Never!” one commenter complained. “And keep your cinnamon, cloves & nutmeg for Christmas.”

Another NYT commenter offered a final word on Villapol’s status in the foodie world. “Nitza’s TV show preceded Julia Child by thirteen years and lasted longer by seven. In other words,” he concluded, “Julia Child is the closest thing Americans have had to Nitza Villapol.”

Below, the short 1983 documentary on Villapol, Con pura magia satisfechos, includes glimpses of her on the set of “Cocina al minuto,” and her reflections on producing the show over several decades. “Certain ingredients began to disappear,” she says in the film. “Some disappeared all of a sudden, others disappeared little by little. There were very difficult moments, days when at noon I didn’t yet know what we were going to be able to cook on the show a few hours later.”

The documentary is in Spanish without subtitles, and there’s a quick video glitch in the opening seconds, but anyone familiar with TV cooking shows will find it of interest. And for more of Nitza in action, you’ll find a late episode of “Cocina al minuto”—in which she cooks up a batch of boniatillo, a simple sweet made from a white-fleshed Caribbean yam—here. The shortages of daily life are clearly evident, but so is Villapol’s determination to make something delicious from whatever was at hand.