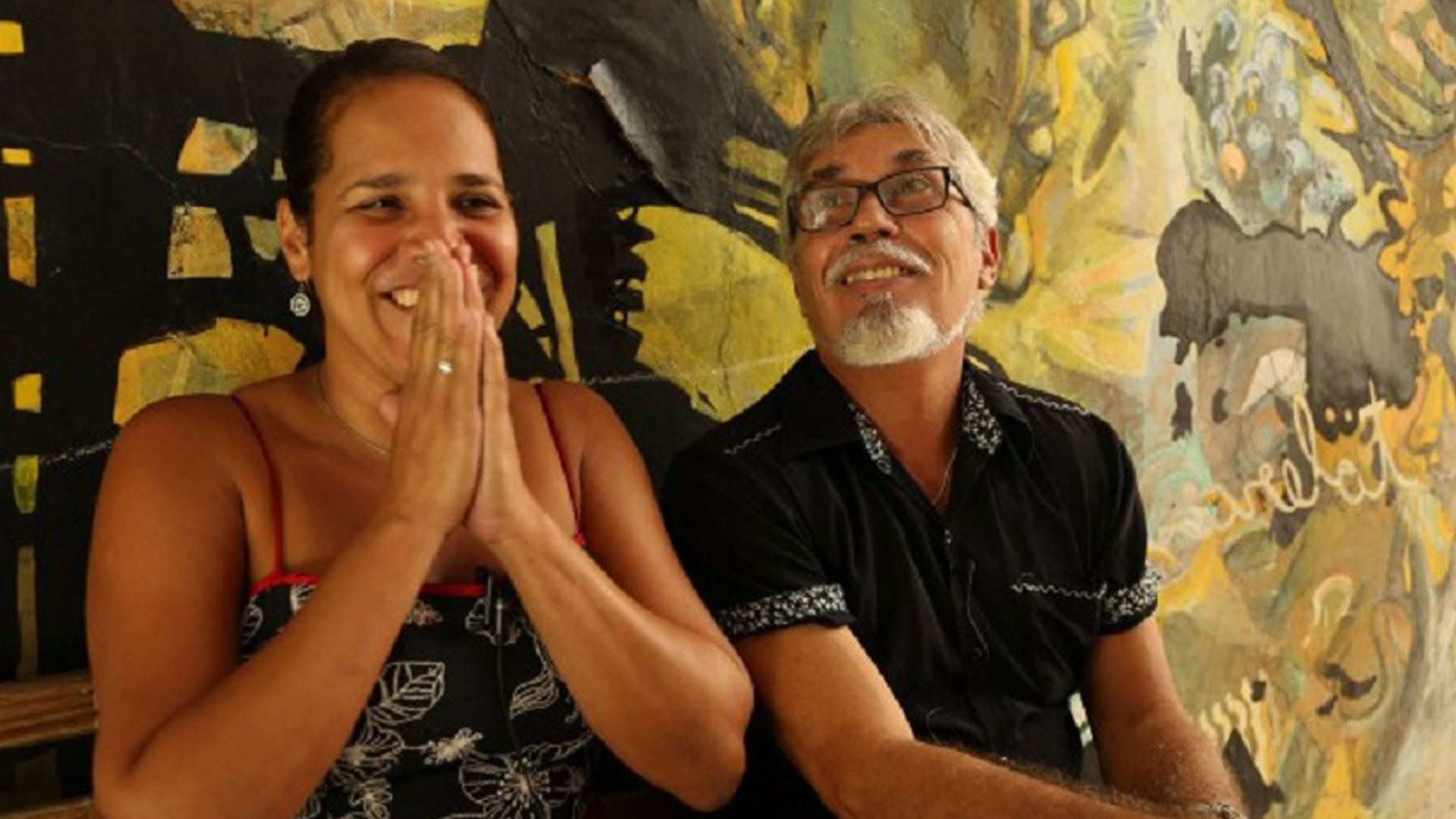 Alumbrones (2014, 75 min.), a documentary by South African filmmaker Bruce Donnelly, opened in New York last Friday for a one-week run. Twelve artists—male and female, ranging in age from 18 to 65, of varying social and cultural backgrounds—eloquently discuss the importance of art in their lives, their styles and techniques, their philosophy of life, and their love of Cuba. The older artists speak of the difficulties of surviving the shortages of food and supplies during the Special Period of the 1990s, after the Soviets pulled out of Cuba. Even today art materials are in short supply outside the schools, yet many of the artists feel this has inspired the creative use of found materials and new techniques to realize their artistic vision.

Alumbrones is defined as “unexpected, short-lived bursts of light” and refers to the frequent blackouts (apagones) experienced in post-Soviet Cuba. Among the artists interviewed is the internationally acclaimed Pedro Pablo Oliva, whose large-scale painting El gran apagón (The Big Blackout, 1994) is considered the “Cuban Guernica.” Another artist, printmaker Isolina Limonta, states that she worked in the daytime so as not to depend on electricity. Husband and wife artists Yamile Pardo and Edel Bordón laughingly observe that they would go to bed and have sex when the lights went out. Mr. Bordón, professor of painting at Havana’s San Alejandro School of Art, was a teacher of Darián Rodríguez, who appears in the film along with three of his friends—all young “street artists” who represent a new generation of Cuban artists.

The opening screening in New York was followed by a panel discussion with director Bruce Donnelly; associate producer Fermín Rojas; emerging artist Darián Rodríguez; Sandra Levinson, Center for Cuban Studies; and Peter Kornbluh, director of the National Security Archive’s Cuba Documentation Project. Mr. Donnelly noted that he was inspired to make the documentary after seeing the work of Cuban artists in Boston at Michelle Wojcik’s Galería Cubana. (Ms. Wojcik co-produced the film and represents many of the artists featured.) Director Donnelly, producer Rojas, and artist Darián Rodríguez were present for other weekend screenings of the documentary at the Quad Cinemas, and a number of Darián’s paintings were on display in the lobby of the theater.

In spite of the challenges of daily life, all of the featured artists express a deep and abiding love of their homeland. A warmly intimate and revealing look at art and life in Cuba today, the documentary is enhanced by original music composed and performed by Rey Escobar and Rodolfo Argudin Justiz “Peruchin.”

The film is headed to a Los Angeles theater in October and will be shown at the United Nations Association Film Festival in Palo Alto, CA, at the end of October (check the Alumbrones web site for details). Plans are also underway for a Miami-area screening soon.