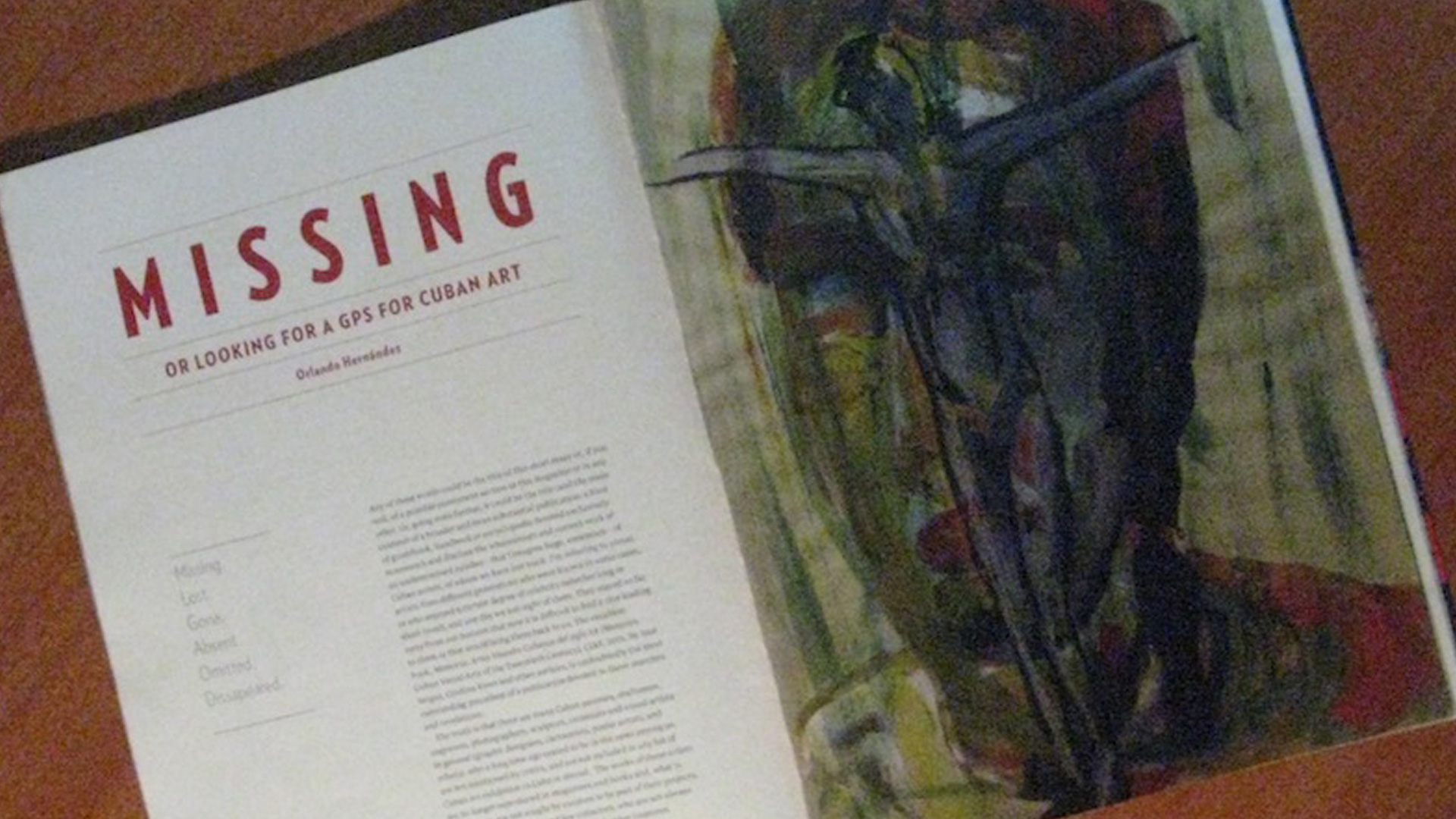 With our U.S. readers about to begin the Fourth of July holiday weekend, we thought it would be a good time to catch up on some of the more interesting mentions of Cuban art and artists we’ve seen lately.

From “Arriving Late to the Party, But Dancing on All the Clichés,” on the Guggenheim exhibition Under the Same Sun: Art from Latin America Today, by Holland Cotter, New York Times, Friday, June 13:

Latin America itself has long been viewed, from the outside, through clichés, and artists are clever at shooting them down. Tropical wilderness? In a piece called “Walk,” by the Cuban artist Wilfredo Prieto, untamed nature is a single tropical plant to be trundled around in a wheelbarrow. . . . In a video of a 2009 performance in Havana, Tania Bruguera flouts government censorship by inviting people to stand at a podium and, for one minute, say what they want. If, however, speakers exceed the minute limit, she calls on a pair of uniformed ‘soldiers’ to yank them away from the mike. Ms. Bruguera has a gift for combining risk and absurdity.”

From “Missing, or Looking for a GPS for Cuban Art” by Orlando Hernández, Art OnCuba magazine, March – May 2014:

Is it not very strange that recently we are finding out faster and better – mainly thanks to email and sites like Cuban Art News – what is going on in modern and contemporary Cuban art in some of these American galleries, while ignoring what happens, for example, in our provincial galleries of Camagüey, Santiago de Cuba, Santa Clara, or in other Havana municipalities not too far from the downtown? What is happening right now in the galleries of Cerro, San Miguel del Padrón, Marianao, La Lisa, La Vibora? Do these galleries exist or are open to the public? Should we look in those galleries for many of these artists we thought had disappeared?

From “Carmen Herrera at 99: The Cuban artist is just hitting her stride,” by Allyson Shiffman, W magazine, May 30:

“It is Herrera’s positive spirit, exemplified by her sharp, sometimes biting wit, that drives her. She began her career as a painter some 60 years ago and, despite running with the likes of Barnett Newman and Leon Polk Smith, was largely overlooked until the early 2000s, due in no small part to her gender (female) and her heritage (Cuban). “Somebody once told me if you wait for the bus, the bus will come,” she says.

Herrera’s ride may have been a long time coming but at last it has arrived. Major institutions, such as the Whitney Museum of American Art, have recently acquired her work, and director Alison Klayman, best known for her groundbreaking Ai Weiwei documentary, Ai Weiwei: Never Sorry, has been working on a documentary about Herrera, the trailer for which was released today. Next year, to honor the artist’s 100th birthday, Lisson Gallery will present a major retrospective of her work. . . . ‘Life is wonderful and funny,’ Herrera says. ‘And then you get to be 100.’”

And this video from Pérez Art Museum Miami has artists from Caribbean: Crossroads of the Worldtalking about their works in the show. The video opens with Pavel Acosta, in a subtitled interview in Spanish, then continues with Glexis Novoa, speaking in English, at approximately 1:37.