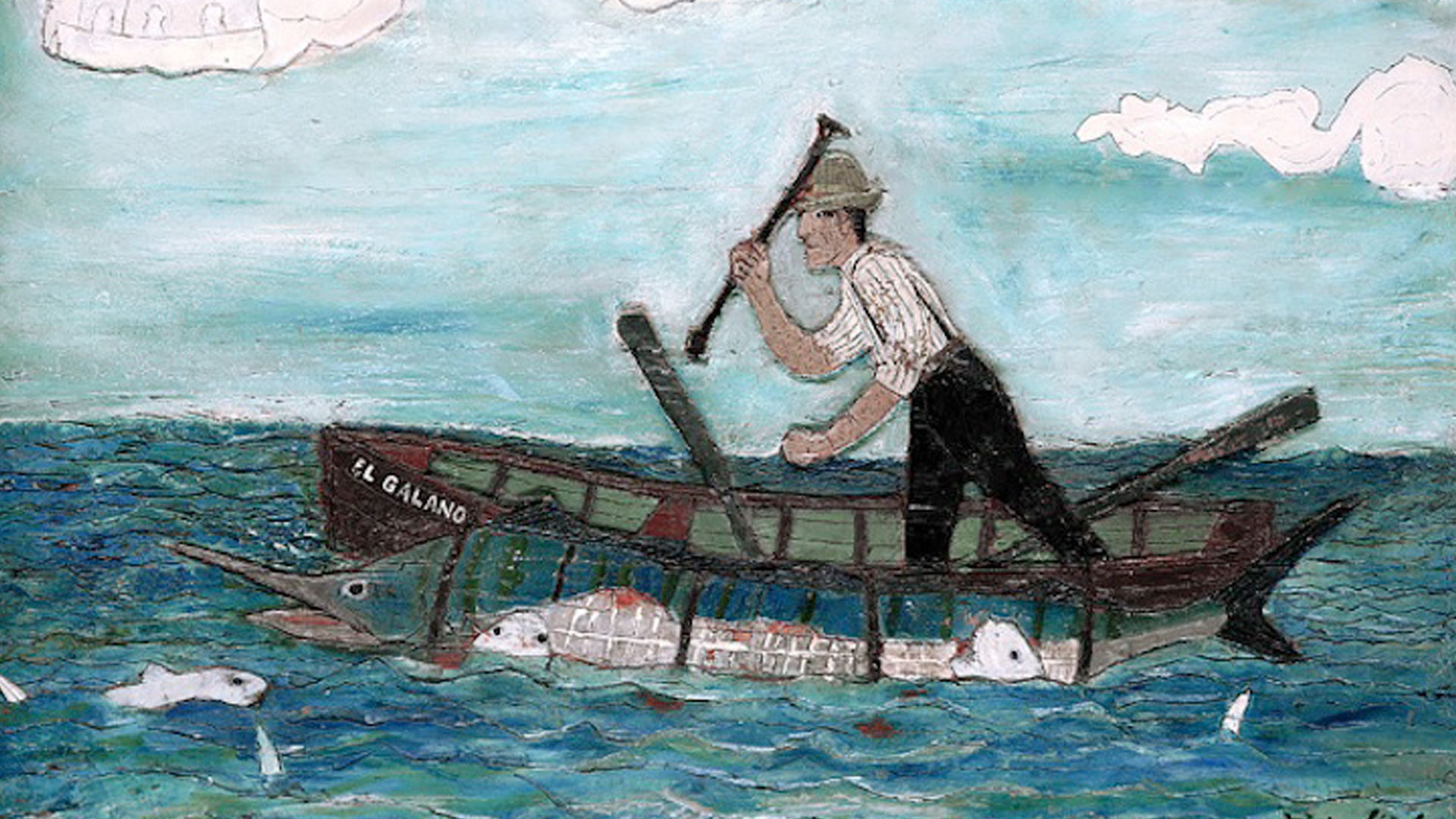 Hailed as the first cultural exchange between museums in Cuba and the U.S., the exhibition Una Raza (One Race) has brought the work of Key West folk artist Mario Sánchez to the Cuban Building of the Museo Nacional de Bellas Artes.

Sánchez (1908-2005) was the grandson of Cubans who came to Key West (or Cayo Hueso, Bone Cay) in the mid-1800s, part of a community of emigres who supported the island’s independence movement. A self-taught artist, Sánchez worked in intaglio—carved and painted wooden bas-reliefs—that recalled the Key West of his childhood in the early 1900s.

Among the works on view in Havana is El Galano, a tribute to The Old Man and the Sea, the Pulitzer Prize-winning novel by Cuba and Key West resident Ernest Hemingway. Previous owners of El Galanoinclude Hollywood stars Spencer Tracey and Katharine Hepburn. Other carvings depict colorful cigar-factory workers, comparsa processions, and the bustling street life of early 20th-century Key West.

“It is a vision of the Cubans who lived on the other side of the Straits,” said MNBA director Moraima Clavijo in an Associated Press article. She added that, although archival documents suggest that Sánchez showed his work in Cuba in the 1950, in the present day he is “an artist who is entirely unfamiliar to us.” Sánchez’s distinctive style is touched by fantasy, with fluffy clouds becoming ad hoc canvases for celestial scenes.

The exhibition kicked off off an exchange between the MNBA and museums and cultural organizations in Key West. Several Cuban artists and art collaboratives have been hosted by the Studios of Key West this month, with celebratory exhibitions and events planned for this weekend.

Tonight, the Studios of Key West are hosting a reception from 6 to 9 p.m. for artists Roberto Fabelo, Manuel Mendive, Rocío García, and Sandra Ramos, with a performance at 7 p.m.

Tomorrow night, February 21, the Florida Keys Council of the Arts is hosting a reception in the Gato Building for artists Rubén Alpízar and Reinerio Tamayo, from 5 to 7 p.m. And from 6 to 8 p.m. tomorrow night, the Ernest Hemingway Home & Museum presents a reception for the artist collaborative The-Merger.

There are two more receptions on Saturday evening, too. The Oldest House & Garden Museum welcomes artist Xavier Cortada from 5 to 7 p.m., and the Mel Fisher Maritime Museum hosts a reception and video installation from 6 to 8 p.m. for Sandra Ramos and her project 90 Miles. The Bridge.

Una Raza is on view at the Museo Nacional in Havana through March 23.