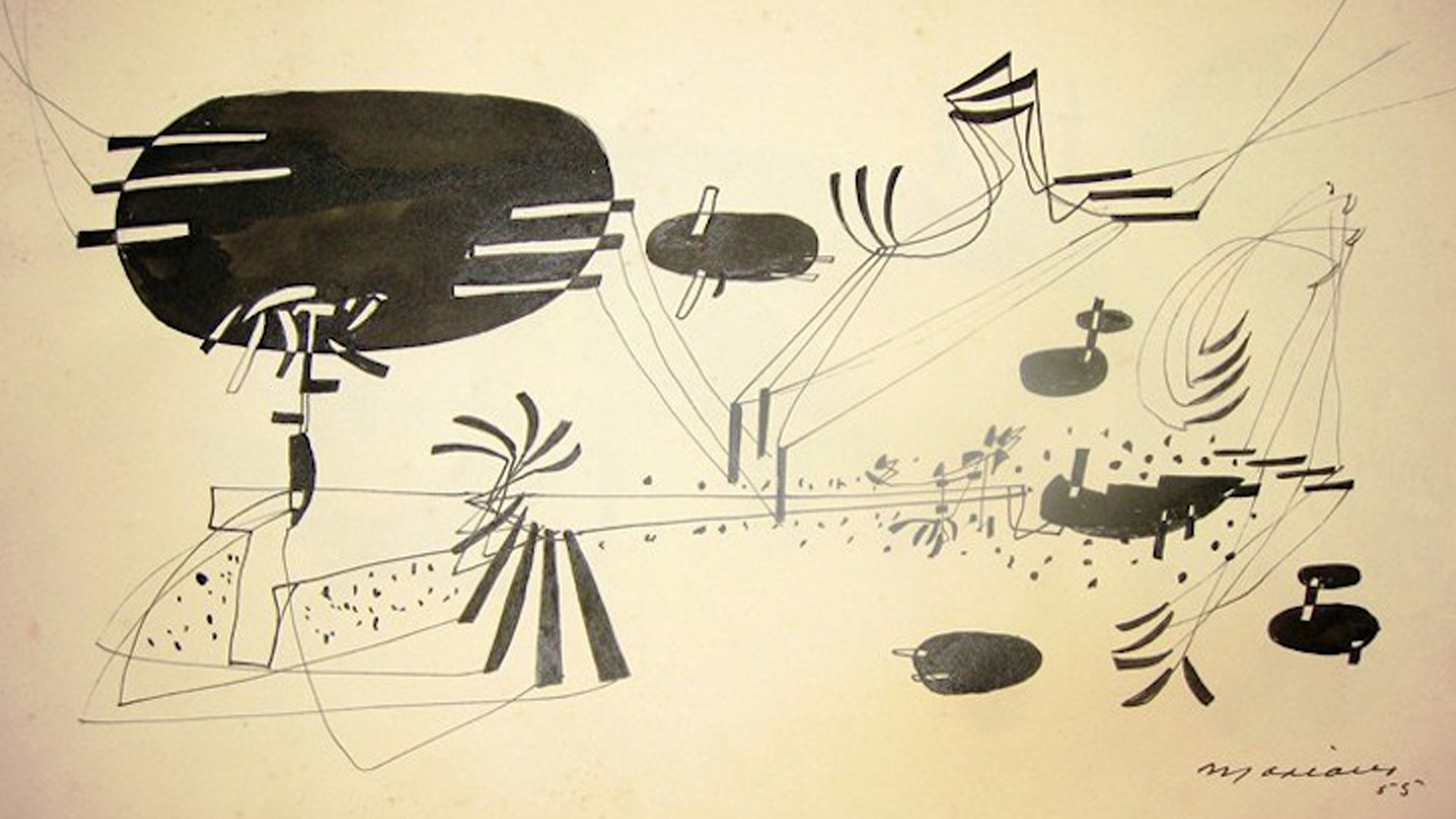 One of the most important artists of the 20th century Cuban avant-garde, Mariano Rodríguez (1912–1990) hit the headlines this fall. From September through November 2013, 41 previously unseen drawings were presented at Havana’s La Acacia Gallery as part of the show Mariano en Contemporáneo.

Many critics attempted an immediate “dissection” of the drawings and their origins. The exhibition was especially interesting for those who thought they knew all about the “pintor de los gallos” (painter of roosters), as it revealed other motifs linked to the artist’s personal universe. “We intended to present, for a couple of months, some of his less often seen pieces,” said Tania Piñeiro, the exhibition’s curator.

According to Piñeiro, the works on view belonged to private collectors who, in an attempt to rescue them, found and restored them. “In the first room of the gallery we showed a selection of works made in the 1940s and 1950s,” she said. More than 40 pieces from four of the artist’s workbooks, were acquired by collectors Luis Díaz Mijares and Alina Díaz Massimo. The two are indirectly related to the artist through the wife of the artist’s nephew, Guillermo, an architect.

According to Mijares and Massino, “It seems that Guillermo emigrated to Spain and later to the United States, but he didn’t take the portfolios. He left them in Cuba, where they were eventually discovered.”

The La Acacia show also included four murals made ​​in the 1980s, which were recently removed from the house in Nuevo Vedado that was Rodríguez’s studio during those years. Using stacco and strappo techniques, these works were separated from their original locations on interior walls, and moved to canvas supports. (Stacco and strappo are Italian terms related to the detachment and removal of mural paintings from the walls they adhere to.)

Cuban art history books indicate that Rodríguez produced a large oeuvre, in accordance with his personal motto “painting and living, living and painting.” Piñeiro noted that Mariano worked into 1990, almost to his dying day. “He left an artistic legacy that has influenced, sometimes indirectly, contemporary artists,” she said.

“The show focuses on intimate areas of Mariano’s work, through both his drawings and the walls from his studio interior,” Piñeiro continued. “In fact, this sense of intimacy unified everything we presented in the gallery. Those more than 40 works rescued for the exhibition show the artist´s hard work in a small space. We know he made them primarily for himself, not to be seen by the public.”

Given the concept of ​​the exhibition, the drawings were first separated from the original notebooks to become individual pieces. Some were unfinished, suggesting that they were part of his everyday work process.

Others were completed and signed. These spawned other pieces, including ones found in the Museo Nacional de Bellas Artes and in private collections. For example, the show’s images of fishermen were later included in an important series, with individual works that can be seen today in the MNBA.

“Of course, what we displayed is connected, from the formal point of view, to the general characteristics of the artist´s known production,” said Piñeiro. “Although in these works [in the show], lines appear looser, simpler, and fresher.”

“All his works have a great sensuality. The treatment of the human figure depends on the stage at which these drawings were made. Those from the 1940s show ample, voluptuous women, and those from the 1950s move toward abstraction, with geometric layouts, and a style that reflects elements of Eastern cultures.”

Piñeiro  continued: “We had scheduled a show for 2012 to celebrate the centenary of the painter´s birth, but we couldn’t do it. First we planned a retrospective, which we had done before. But learning about these new works made us change the curatorial perspective.

When I spoke with critic and curator José Veigas—a connoisseur of Cuban art—and mentioned the exhibition, he said he had seen a very good collection of unpublished drawings. Veigas put me in touch with Luis Díaz Mijares, and I saw the works. I selected the most complete. The collector and I were both concerned about separating the sketches from the notebooks, but that was the only viable alternative for what we wanted to present.”

“We found the murals after they were moved to their secondary supports. We evaluated them after talking to Alejandro, Mariano´s son,” she explained. The photos, and the details of the techniques used to transfer the murals to canvas, became elements in Mariano en Contemporáneo, serving to clarify the origins of the works on view.

Hector Gonzalez and Frank Díaz, two professionals with extensive academic backgrounds in art and restoration, led the work on the walls of the house in Nuevo Vedado. “For so long, an intervention like this had not been carried out in this city, with an artist of the caliber of Mariano Rodríguez,” they said. “The techniques applied are not new. They have been used in Cuba, but usually in colonial buildings. In that sense, the Nuevo Vedado house was a different challenge, because it is a 20th-century space, built with cement and hard blocks.”

González and Díaz—founders of the Restauro-Habana group, one of the emerging private initiatives in Cuba in recent years—discussed the difficulties involved in rescuing the pieces. To move the works to canvas supports, the team had to use a scientific approach, combining a range of methodologies, laboratory analysis, and research of pictorial layers and appropriate materials to use, among other issues.

The Painter and His Studio

One of the four works that Rodríguez left on his walls depicts the encounter in 1492 between the two cultures, marked by the arrival of the European Christopher Columbus to the Americas.

It is Tania Piñeiro’s understanding that “Mariano was conceiving a great work in glass, to commemorate in 1992 the quincentenary of that event. Possibly he did the sketch in his studio to see the dimensions, and to get a clearer idea of the project. But he could not realize it: he died two years before the commemoration.”

“This representation belongs to the last stage of his career,” she said. “The image is aesthetically strong, acidic, even distorted, grotesque…with accentuated forms, probably used to express a vision of aggressive colonization. The mural is different from most of his works, which basically convey warmth and softness.”

“The other three works taken from the walls are still lifes. A rooster appears in one of them, and also a human figure. We tried not to have roosters in the exhibition, so as not to fall into the usual pigeonhole. But it really is an element that cannot be separated from this painter’s artistic production.”

Obviously, the show’s organizers also could not overlook the traits linking Rodríguez to the Mexican muralists, nor the sinuous lines or more abstract creations. In any event, these are expressions of a creative individual who, even after his 100th birthday, has been revealed as an influential precursor to current Cuban art.