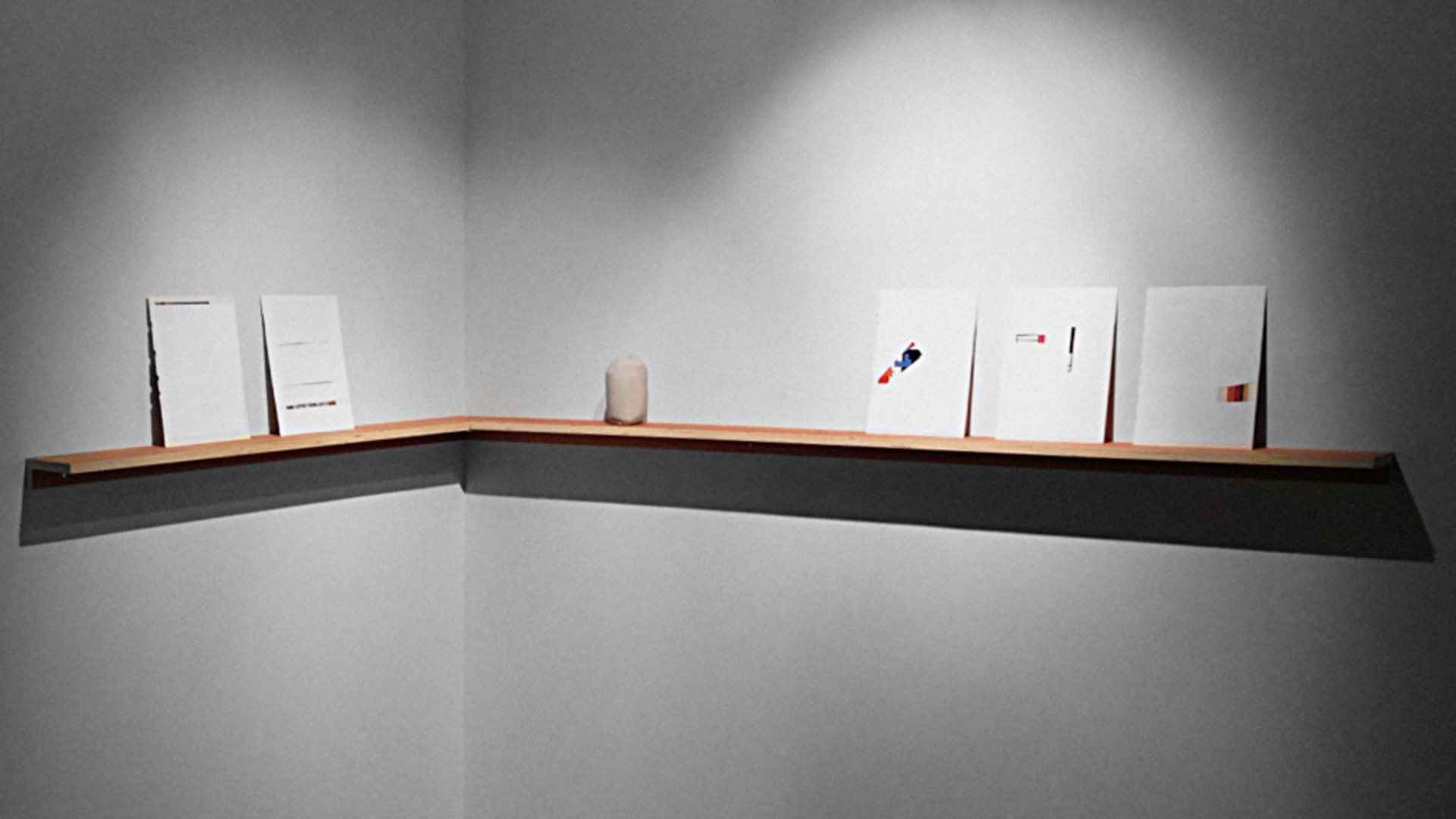 Artist, educator—and most recently, curator—Cuban-born and Miami-based Ángela Valella is the recipient of this year’s Cintas Foundation Fellowship. Valia Gárzon Díaz spoke with Valella about her work, her influences, and the ideas she’s exploring next.

I first met Ángela Valella in 1991 on the occasion of the project Memoria. Artes Visuales Cubanas del siglo XX, in which Ángela was a participating artist, and then in connection with the publication that followed. We had the opportunity to catch up with a chat about her latest work, and her 2013 CINTAS Foundation Fellowship.

You’ve been developing your work without interruption since the early 1970s. What are some of the issues and ideas that you’ve explored over the years?

The problematic of identity construction has been one. I think the issue of identity is changing. Our identities are formed by fixed boundaries, cultural lines, and a binary logic. Rather than an instrument of relationship among us, this divides us into subjects and predicates. I´ve been considered a Cuban artist in some groups and a woman artist in others. I´ve also been involved in projects where generational patterns are quite important. The list goes on. It’s all a way of cataloguing and archiving—completely modern ideas.

This way of thinking is changing. Artists are addressing concepts beyond nationality, or the cultural mainstream, the individual´s own discourse and his or her sense of identity. Sometimes, rather than a rhizomatic model, artistic production is mimesis and opposition.

My main issues and ideas have been the language that I shape things with. I’ve also explored the social and political ideas we cannot separate from, as a way of reacting to the environment we live in. The problem of identity construction is more related to how others look at you.

Lately you’ve undertaken curatorial projects that have walked a line between your own work and that of other artists, such as Never Ending Moment at Art Link Gallery (Miami, 2013), or that reflect issues in the local art scene, such as The Nightclub (Miami, 2012). What motivated you to take on these projects?

I’ve always been heavily involved in work collectives, and in cultural and educational projects. It’s a fine line—your ideas and conceptualizations become the collective´s. The Nightclub lasted exactly one year, with an event, exhibition, lecture, or talk presented each month. More than 82 artists and 5 curators participated, most of them local, but we also invited artists from other cities.

This project has grown outside the realm of museums and institutions, along with other peripheral projects that are very interesting. The Nightclub offers complete liberty in terms of artists’ participation and the type of work they propose, which in this case meant serving as curators and casting curators in the role of artists. The restriction is that each event lasts only four hours, a single night. It’s completely ephemeral and nomadic—never the same and never in the same place. All that exists is the neon sign, moving from one location to another,  announcing the event and inviting public participation. The name itself explains the concept of place and time.

I’m motivated to create experimental and playful projects. It’s like a laboratory of ideas that are constantly brewing and being put to the test. The Nightclub articulates the problems of the curator-artist relationship and the problems of art-market participation. I’d like to have the means to do a publication on this project in the future.

Your proposal for this year’s Cintas Foundation award explores ideas related to individual perception, the pictorial space, and participatory practices. How did this proposal arise, and what was involved?

This installation is a central part of the show Apply it to this side, which was shown at the Art Media Gallery in Miami last May, curated by Jose Antonio Navarrete.

Metaphorically speaking, On being slightly suspicious is a image-producing machine that projects onto unusual spaces: transparent Plexiglas panels, semi-opaque PVC sheets, a sculpture in wet clay, and other objects.

These images produce repetitive movements on the support materials unless you press Pause, with a sound that at times can be disturbing, plus the light of two video projectors that conspire to produce formal elements. In these images one can see references to Mondrian, Rodchenko, Malevich and others.

With this work, I’m interested in talking about the invention of abstraction, which became part of the subjective field a hundred years ago, in 1911. When I developed this idea I realized that we are living in an era quite similar to the early decades of the 20th century, in terms of the development of technology, science, and new ideas. With this work I also want to make a personal comment on modernist language, with all its questions, including some still in turmoil.

In  On being slightly suspicious, the challenge was to bring to the three-dimensional plane all off the content, on the surface of a narrow orange table of wood that I designed, with a base to hide the cables and sound equipment.

Crystal-clear paper printouts, or “afterimages,” are placed on the wall and crossed by a yellow strip, constituting the material result of image production and reception. They are formed by scanning collages of transparent layers of different colors and by using a magnifying glass. These images can be infinite, but only three were included in the show, created by the public but going beyond the perpetual movement of the light. The observer adds a color through one of the panels positioned in the visual field from which the viewer has chosen to appreciate the work. The subject redefines the projection and physical experience in “real time.”

As in a research project, I gather an endless number of things that happen throughout the artistic process, which is complicated, especially when you just go with it and its various components, which are more emotional than rational. Not everything can be planned from the beginning and things are improvised as they happen. As touchstones I have the principles of the Bauhaus, The Neutral by Roland Barthes, Merzbau by Kurt Schwitters, and Capitalism and Schizophrenia by Deleuze and Guattari.

What comes after On being slightly suspicious?

I have different proposals for very different spaces. I’d also like to make a piece of public art, and The Nightclub will continue next year at a museum and art center. I’ve started painting on panels, which will be part of the next installation work, which will consist of several video projectors simultaneously.

At the same time, I’m starting a more difficult project: with the work of mi mamá, a writer and poet who left a legacy of 60 years of unpublished work. It’s something I want to present to all, as a visual archive. She illustrated and painted her own notebooks and covers. La show is titled “Carta de una enamorada”(Letter from a Lover) and is based on Stefan Zweig´s 1922 homonymous novel, and a subsequent film of the same title made in 1948.

I’m interested in perceptual and subjective effects, how we reflect on psychological projections, and the possibility of parallel targets—like a third party who is always beside you but you never notice, someone you don’t recognize as a man or woman but an an “other.” I want to explore that direction in the coming years.