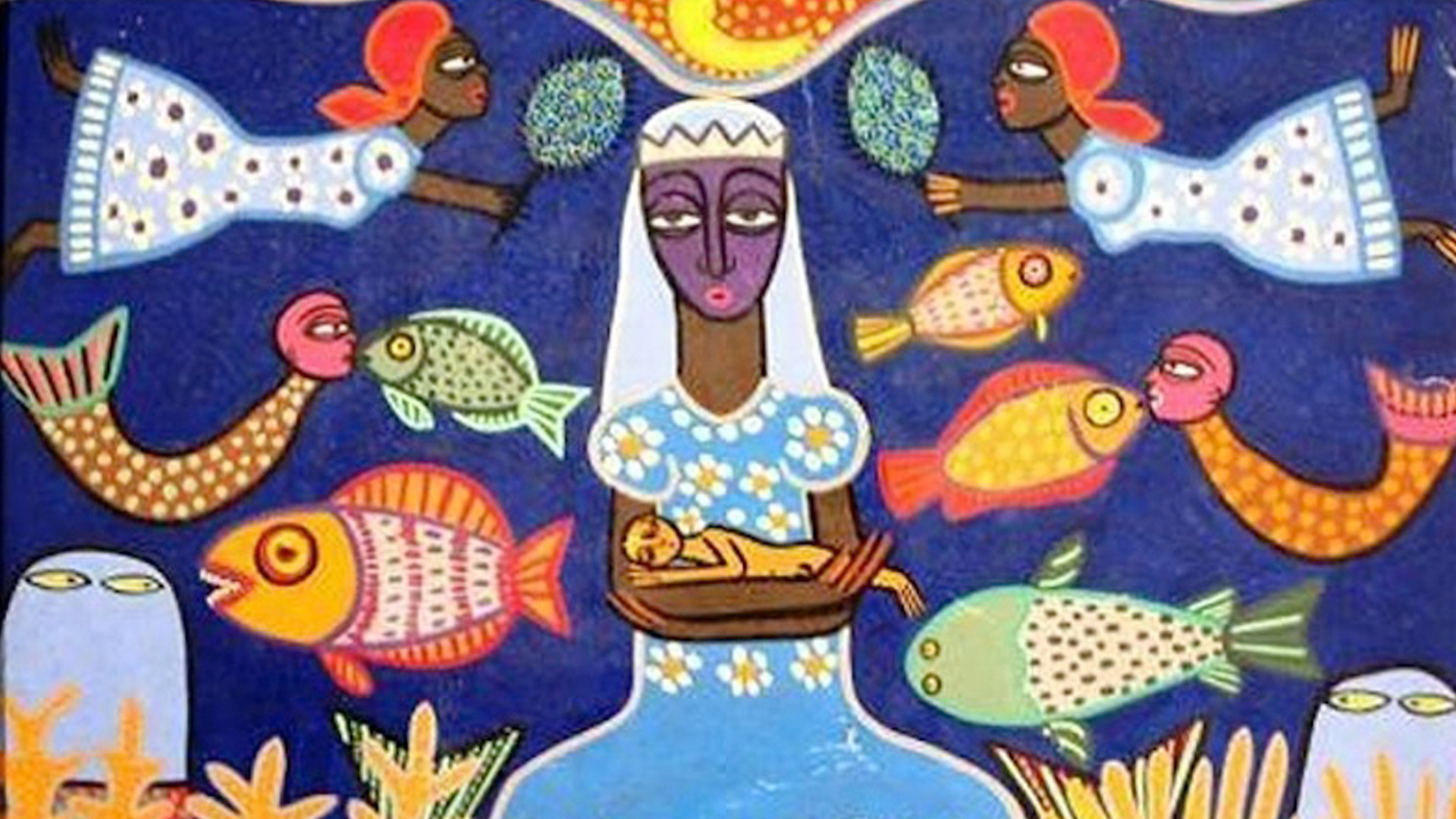 Abstract in Miami. Abstract Cuban art seems to be in the air in South Florida this season, with shows currently on view in three galleries.

The Silent Shout: Voices in Cuban Abstraction 1950-2013. At Art Space Virginia Miller Galleries in Coral Gables, this show—co-curated by Cuban Art News contributors Rafael DiazCasas and Janet Batet and artist José Ángel Vincench—takes as its starting point the historic 1997 exhibition Pinturas de silencio (Paintings of Silence). Presented as part of the 7th Havana Biennial, the show brought abstract art into the public eye in Havana to an extent not seen since the 1960s. Vincench was a co-curator of that show too, and Batet wrote the catalogue essay, ensuring a focus for the current show that is, as DiazCasas explains, “a continuation of the themes, attitudes, and ideas explored in that landmark show.” In addition to Vincench, The Silent Shout includes work by Hugo Consuegra, Sandú Darié, Carlos García, Luis Enrique López, Raúl Martínez, Pedro de Oraá, José Rosabal, and Loló Soldevilla. The show opened earlier this month and runs into the new year.

Concrete Rhythms: Luis Martínez Pedro and Sandú Darié. At Tresart gallery in Coral Gables, curator Abigail McEwen takes a close look at two influential pioneers of Cuban concretism, and the influence of musical structure on their work of the 1950s and 1960s. “For Darié and Martínez Pedro both,” McEwen writes in her catalogue essay, “the textures and intervals of music had facilitated the structural rhythm of their work from the start of the 1950s, serving as a persistent, and resourceful, medium of engagement.” Browse a separate catalogue for each artist on the Tresart website.

Waldo Balart: Scripts of Color. Music, particularly the cadences of classical compositions, is also an influence for Balart, along with the spiritual abstraction of Kazimir Malevich and Piet Mondrian. In his series “The Chromatic Development of the Code of the Structure of Light,” the Madrid-based artist creates a visual language based on eight colors; his “Propositions” series looks to forge a path toward inner knowledge. Scripts of Color is on view through Friday, November 22 at Ideobox Artspace in Miami.

Mendive This Weekend. You may have read about Manuel Mendive’s retrospective, Things That Cannot Be Seen Any Other Way: The Art of Manuel Mendive when it debuted this spring at the California African American Museum. Now, the exhibition is coming to the Frost Art Museum in Miami, where it opens this weekend. Featuring more than 50 works—paintings, sculptures, a tapestry, and more—the exhibition takes a panoramic look at Mendive’s career and the rich visual language of his art. At 4 p.m. this Saturday, November 16, the show will open with Waters (Homage to the Waters), one of Mendive’s famed performance processions, which will start in the courtyard of the FIU Graham Center and proceed to the Frost Museum. A reception at the museum follows at 5 p.m. The show runs through January 24.

Rafael Domenech: Symplectic Structures. With its maze of red doorways, Domenech’s Possible Chances, 2012, was one of the hits of Detrás del muro (Behind the Wall), the public art project along the Malecón during the 2012 Havana Biennial. Now, Domenech is studying at the New World School of the Arts in Miami, and this exhibition is one of the most interesting student shows to appear in quite a while. On view through this Sunday, November 17, at NWSA@Artseen Gallery in Wynwood.

Next Week: Anna in the Tropics Comes to Miami. The Pulitzer Prize winning 2003 play by Nilo Cruz gets an adventurous makeover at the hands of Havana’s Teatro El Público. Following its debut on the island last month, the production is headed to Miami’s Colony Theater as a co-presentation with Miami-based FUNDarte. Performed in Spanish with English supertitles, the play is set in a cigar factory in 1929 Tampa, where, on the brink of mechanized obsolescence, the workers listen to a “lector” reading Tolstoy’s Anna Karenina as they work. In addition to members of Teatro El Público and Miami actors such as Carlos Caballero and Lili Rentería, the production features guest artists Osvaldo Doimeadios, Fernando Hechaverria, and Alexis Díaz de Villegas (star of Juan of the Dead), among others. The play runs Friday-Sunday, November 22-24.

Now in NYC: Citizens of the World: Cuba in Queens. By now, María Magdalena Campos-Pons and Neil Leonard’s joyous opening-night procession, Llegó FeFa 4. Rosa de los Vientos is a fond memory, but the inaugural exhibition of the Queens Museum of Art’s new Shelley and Donald Rubin Gallery will be there for the viewing well into the coming year. Drawn largely from the Shelley and Donald Rubin Private Collection, the exhibition features work by more than 20 artists and teams, including Abel Barroso, Carlos Rodríguez Cárdenas, Luis Gárciga, Armando Mariño, Lázaro Saavedra, and Jorge Wellesley. On view through March 9.

Luis Cruz Azaceta: 2 new shows. Last week saw the opening of not one, but two solo exhibitions: Falling Sky at Lyle O. Reitzel Gallery in Santo Domingo, in the Dominican Republic, and Louisiana Mon Amour at the Acadiana Center for the Arts in Lafayette. In both shows, concern for climate change, environmental disaster, and other upheavals—both natural and political—is a common thread. At the Acadiana Center, the title work is an installation of more than 20 constructed and reassembled objects, with duct tape as the common denominator, a metaphor for life after Katrina, the BP oil spill, and other environmental catastrophes. Falling Sky runs through December 15 at Lyle O. Reitzel; Louisiana Mon Amour runs through February 8.

Video Cubano in New Jersey. It debuted at Manhattan’s The 8th Floor gallery in 2010; now, this exhibition of new video from the island is on view at the College of New Jersey Art Gallery in Ewing. Works by more than a dozen artists are featured, including Hamlet Lavastida, Sandra Ramos, Analia Amaya, and Adonis Flores. Curated by Rachel Perera Weingeist, the show runs through December 15.

Elsa Mora, American Craft “cover girl.” Congratulations to artist Elsa Mora, featured on the cover of the October/November issue of American Craft magazine. Read the article about Mora and her work and, if you’re in L.A. next month, look forward to seeing her art in About Paper, a group show opening at Couturier Gallery on December 7.

On to Europe and South America…

Allora & Calzadilla: Fault Lines in Milan. The Puerto Rico-based art duo of Philadelphia-born Jennifer Allora and Havana-born Guilliermo Calzadilla are currently presenting their first major solo exhibition in Italy. Presented in collaboration with the Fondazione Nicola Trussardi, the show takes place the Palazzo Cusani, a 17th-century architectural jewel that is customarily used by the Army Command for Lombardy. As a response to its unusual surroundings, the show features performances along with sculptures and other artworks. The video here by VernissageTV offers an engrossing glimpse of the performances, and a lengthy article in Designboom, with lots of photos, gives another angle on the show. On view through November 24.

América Latina in Paris. Latin American photography from 1960 to the present day is the focus of this wide-ranging exhibition, presented by the Fondation Cartier. Opening next Tuesday, the show presents more than 70 artists from 11 countries. Among them are  3 from Cuba: Eduardo Rubén, Carlos Garaicoa, and José A. Figueroa. The show opens next Tuesday, November 19, and runs through April 6.

Gustavo Acosta: Espaço do siléncio in Rio. The Miami-based artist opens a retrospective in Rio de Janeiro next Monday, November 18 in the galleries of CAIXA Cultural RJ. The opening reception is slated for 7 p.m.

And news from the island…

The 8th National Meeting on Engraving. Taking place November 1-29, 2013, in Havana’s Centro de Desarrollo de las Artes Visuales, this is the first of these meetings to be held since 2007. Sponsored by the Consejo Nacional de Artes Plásticas and la Unión de Escritores y Artistas de Cuba (UNEAC), the event includes a juried competition, theoretical and practical workshops, and collateral exhibitions in various institutions around the city. A five-person jury will consider 104 works by 50 artists of all generations to select a grand prize and three honorable mentions. Additional prizes will be awarded by the various participating artists’ studios and other institutions. Among the individual exhibitions presented throughout the month is Los días del agua / Water Days a solo show by Orlando Montalván Soler, who was awarded a prize in the previous Encuentro. See it at the Galería Villena in the Plaza de Armas.

Laboratory of Ideas on Design. In conjunction with the exhibition D’DISEGNO. Respuesta cubana! (Disegno: Cuban response!), on view at Factoría Habana through December, a series of panel discussions are taking place each Tuesday at 2 p.m. during November and December. Designers and other specialists explore alternatives for Cuban design in light of recent economic changes. Topics scheduled for November include The Art of the Poster, Design in Independent Initiatives, Repurposing Interior Spaces of the Home, and Audiovisual Design (promotional spots and video clips). More to come in December, too.

Auction Update. Visitors to the website for Subasta Habana, the Cuban government auction house, will have seen the announcement from organizing committee that this year’s auction has been cancelled. According to a statement on the Subasta Habana website, the cancellation is “due to changes occurring in the spheres of the property tax in our country. These changes will be adapted to the Cuban fine art market.”

And felicitaciones to our editor in Havana. Cuban Art News congratulates our Havana editor, curator Abelardo Mena Chicuri, whose book “Memoria del Comisionado Sr. Emilio Heredia,” was launched last month with a reception at at the museum. The book, which traces the origins of the Museo Nacional de Bellas Artes, was presented by Dr. Eusebio Leal Spengler, Historian of the City of Havana. Its publication is part of the museum’s year-long celebration of its centennial.