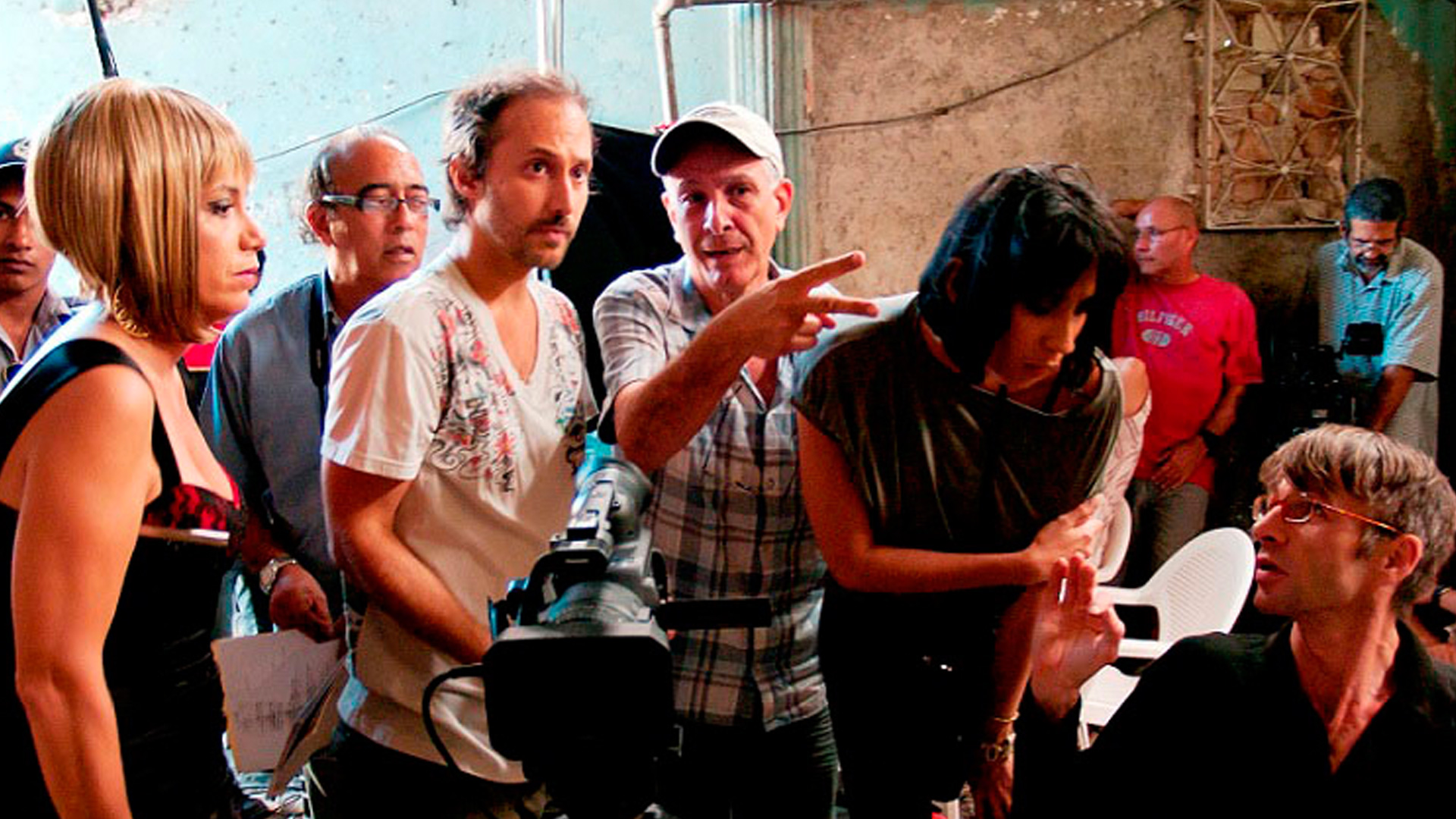 With the fall season in full swing and many shows to report on, this Update takes a geographic approach, working back to the island from London and L.A.

Mendieta in London. Opening today in the Hayward Gallery of the Southbank Centre, Ana Mendieta: Traces is the artist’s first museum retrospective in the U.K. Drawing on films, sculptures, photographs, drawings, personal writings and notebooks, the exhibition will examine Mendieta’s work in the context of her own time. Highlights include the re-construction of solo exhibitions presented during her lifetime, including the Siluetas series, and a research room with hundreds of photographic slides. On view through December 15.

Morell in L.A. Earlier this month, Abelardo Morell: The Universe Next Door ended its debut run at the Art Institute of Chicago. Now, the mid-career retrospective, which surveys Morell’s photography from 1986 to the present, is headed to the J. Paul Getty Museum in L.A., where it opens next Tuesday, October 1. Morell is best known for his inventive work with the camera obscura, and those images are well represented here, along with his “tent camera” images, intimate studies of domestic life, and other visual experiments. The exhibition remains at the Getty through January 5. The short video below, produced by the Art Institute, offers an interesting look at the photographer and his work.

In the U.S. northeast, several shows have already opened for the fall season.

Up Against the Wall in New York City. At the Center for Cuban Studies’ Cuban Art Space, Up Against the Wall presents the work of six young Havana artists in the collective La Pared (The Wall). All graduates of the San Alejandro Art Academy, the artists—Yuniel Delgado Castillo, Yordanis García Delgado, Estéban Jiménez Guerra, Jonathan Joubert Galloso, Dailon Ledesma Pérez, and Karina Ortiz Bermudez—fuse independent styles with a shared commitment to social and political content that advances cultural exchange. The show runs through November 8.

Two shows at Tufts University. To celebrate the launch of the university’s Africana Studies Program, the Tufts University Art Gallery is presenting María Magdalena Campos-Pons: My Mother Told Me. Though Campos-Pons has been based in Boston since the early 1990s, this show—featuring multimedia installations and large-scale photo compositions—is her first museum exhibition in the Boston area. In addition to more recent work, the show includes her acclaimed 1998 installation, Spoken Softly With Mama, shown for the first time in Boston. A second Tufts show, Cuban Virtualities: New Media Art from the Island, presents video installations, performance documentation, and other digital art by a dozen artists and artmaking teams, including Alexandre Arrechea, Celia and Yunior, and Glenda Léon. Both shows run through December 8.

Toirac & Marrero: Vanitas. In 16th- and 17th-century Dutch and Flemish painting, vanitas still-lifes were exquisitely rendered reminders that beauty, fame, wealth, and life itself is fleeting, and in the end, only death remains. In their show at Pan American Art Projects, the Havana art duo Toirac and Marrero revisit this theme with mementi mori of their own: portraits of long-gone Cuban First Ladies and the cover of the 1952 magazine, Vanidades, that inspired it, death portraits of young fighters on both sides of the Cuban Revolution, and other works. The show runs through November 23; for photos of the opening, see the album on the Cuban Art News Facebook page.

Alexis Lago: Lucid Waters. The delicate, dreamlike watercolors of this Havana-born, Florida-based artist are the premiere show for Artgos Collections, a new Miami art space opening this Thursday, September 26. Featuring works from 2010-2013, Lucid Waterstraces the search for self-understanding; Lagos himself has said that the watercolor technique is admirably suited to expressing the fluidity between knowledge and belief. The opening reception runs 7-10 p.m. Thursday evening.

Two lectures at Cernuda Arte. Later this week, art historian Alejandro Anreus will present two talks at the gallery: “Mario Carreño: The Early Years,” focusing on work from 1930-43, will be given on Thursday, September 26; and on Friday, September 27, “Antonia Eiríz in Context,” examining the themes of her work within the sociopolitics of her time and the work of her contemporaries in Latin America. Both talks will be given at 7 p.m. By reservation only; contact the gallery for details.

“Among Friends: Félix González Torres.” Artist and author Cesar Trasobares continues his personal recollections of artist-friends at the de la Cruz Collection. In the illustrated talk “Félix González Torres in Context: Social Activism and Personal Sharing,” Trasobares recalls time spent with González Torres in Miami and as neighbors in Manhattan’s West Village community. The talk will be presented next Thursday, October 3, at 7:30 p.m., and reservations are required.

And on to the island, where several shows opened this month:

D’DISEGNO. Respuesta cubana! The boundaries where art meets design are explored in this exhibition, which opened at Factoría Habana this past Friday. The more than 25 contributors to D’DISEGNO. Respuesta cubana! (Disegno: Cuban response!) include internationally acclaimed artists like Eduardo Ponjuán and José Ángel Toirac, as well as designers and graphic designers like Jorge Rodríguez (R10), who created the striking exhibition poster. Through October.

Lázaro Saavedra: Expo sín concepto. A solo show by one of the island’s most trenchantly humorous artists runs through October 18 at Galería Habana.

Opening next week: Mario Carreño, donde empieza la luz. The Museo Nacional de Bellas Artes pays tribute to the artist in his centennial year with Mario Carreño, donde empieza la luz (Where the Light Begins). The show presents 30 oil paintings and drawings done between 1937 and 1957—the “Cuban years,” arguably the most important phase of Carreño’s career, which also includes works created in the United States in 1940. The exhibition curator, Roberto Cobas, described Carreño as one of the most important painters in the Cuban Vanguardia, a major figure in 20th-century Latin American painting, and one of the most noteworthy visual artists of Chile, where Carreño lived after 1957. The exhibition opens a week from this Friday on October 4.

In Memoriam. This month saw the loss of two influential figures in the Cuban film community. Daniel Díaz Torres, director of such films as La película de Ana (2012), Lisanka (2010), and the satire Alicia en el pueblo de Maravillas (Alice in Wonder town, 1991), died of cancer at the age of 64 on September 16. A documentary filmmaker as well as a feature-film director, Díaz Torres also taught at the International School of Cinema and actively participated in the reorganization of Cuban cinema that’s currently underway. (For more on Díaz Torres, see the interview with Cuban Art News published last December.)

Exactly one week earlier, on September 9, documentary filmmaker Saul Landau died, also of cancer. He was 77. “Part scholar, part journalist and part activist, Mr. Landau made more than 30 films and collaborated on more than a dozen books, most with an unabashed left-of-center point of view,” wrote the Washington Post. Of his many documentaries, half a dozen were about Cuba, and his first big success was Fidel (1968), which followed Castro on a weeklong journey around the island. “Apart from any ideological message,” wrote the Post about the film, “Mr. Landau made skillful use of lighting, landscape and music to give viewers a vivid impression of what was then a little-known culture.”