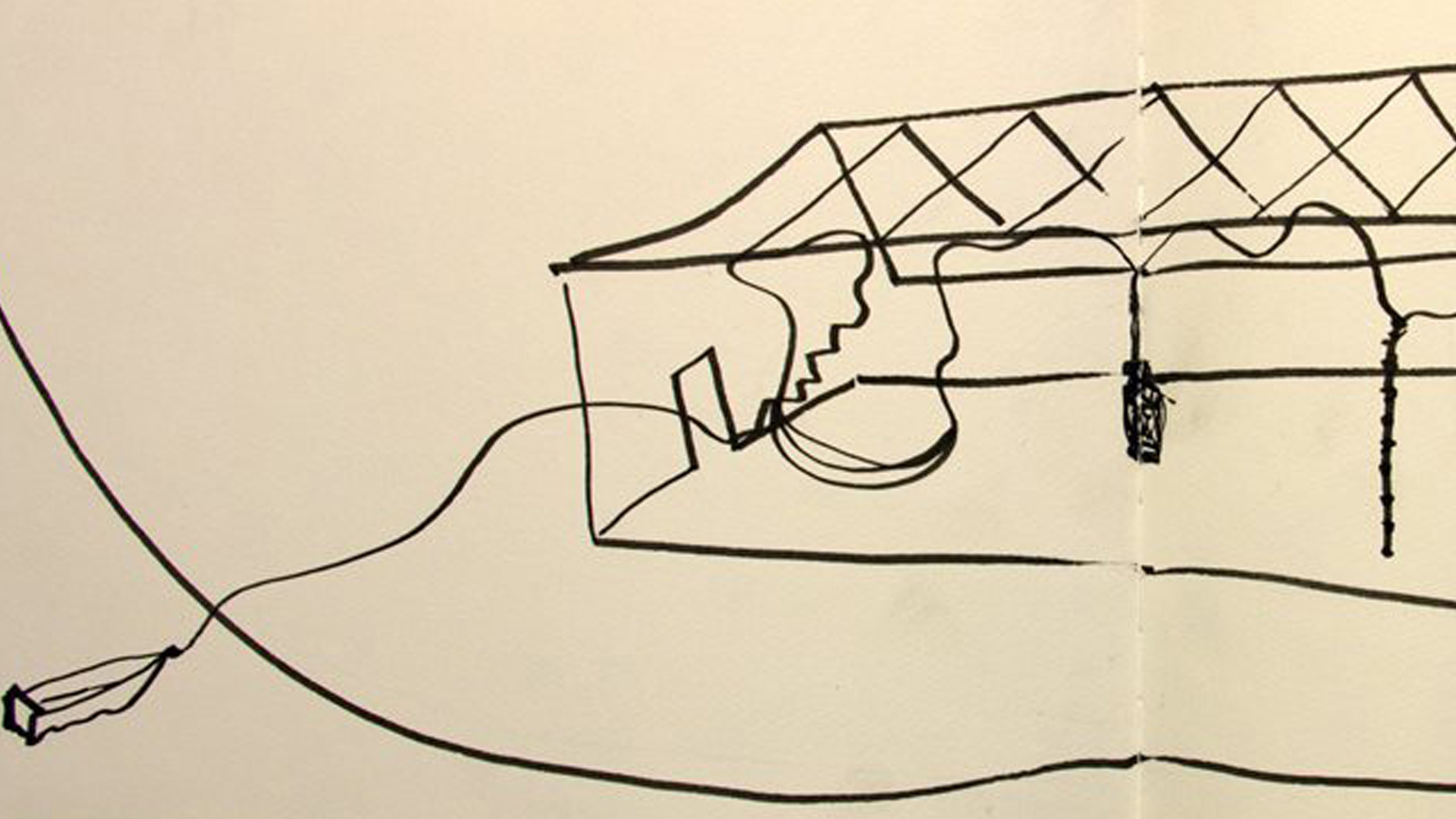 Last week, we celebrated the opening of the 55th Venice Biennale with a two-part look at the Cuban Pavilion. This week, we zero in on Cuban artists’ participation elsewhere at the Biennale, beginning with the Latin American Pavilion.

Curated by Alfons Hug and Paz Guevara, the Pavilion’s exhibition, The Atlas of the Empire is presented by the Italo-Latino Americano Institute (IILA) at the Arsenale – Isolotto.

From the curators’ statement about The Atlas of the Empire:

Since the 16th century and during the entire later colonial period, Spain and Portugal – as well as England, France and the Netherlands in the Caribbean – undertook a huge attempt to cover the South American continent with the map of Europe, one-to-one, complete with its political and administrative structures. Viceroys, captains general, missionaries, judges and professors – but also artists – were commissioned to turn the new colonies into a replica of Europe.

… The American republics that emerged from the independence movements of the early 19th century  came to the conclusion that new maps were needed, even though remnants of the old order still remained: ranging from Spanish city layouts and Portuguese fortifications to the two Iberian languages. The latter have, however, been enriched by borrowings from African and indigenous languages, an immensely productive, albeit tension-generating, phenomenon that also has been observed in South American art, literature and music since the Baroque era.

Where was our place in the world? To whom did we owe loyalty? To our European fathers, or to our Indian mothers? To whom were we to direct our prayers? To the new gods or the old? What language would we speak? That of the conquistadors, or that of the conquered? (Carlos Fuentes, El Espejo Enterrado, 1992)

This close cultural interaction between Europe and Latin America continued in the 20th century. On the one hand, important modernist movements were absorbed in Latin America; on the other, South American modernists like Joaquín Torres García, Roberto Matta or Wifredo Lam had a retroactive effect on Europe.

This dynamic exchange intensified further in contemporary art. Some of the best Latin American artists now live in Europe, where they are sometimes even regarded as representatives of their new home. Conversely, several renowned European artists are working in Latin America.

The IILA Pavilion will explore this new geopolitical aspect of contemporary art. This cross-fertilization will impact on both continents’ cultural self-identity. The aim is not just an extension of the artistic repertoire, but ultimately a new, complex world view that will also benefit Europe.

Cuba is represented in The Atlas of the Empire by Humberto Díaz (b. 1975, Santa Clara), who is presenting a large-scale installation piece. Here’s how Díaz describes it:

“I will participate with a version of 150 Meters of Rope, a work I exhibited in 2011 in the collective show Siniestros, in the Galería Habana. The piece is composed of a series of elements constructed using the same kind of rope (a swing, a climbing rope with knots, a punching bag, a hammock, etc.). These elements are associated with different stages of development of the individual, from birth to death.

This work is intended as a reflection on individuals and their memory, while also referring to the history of the Arsenale. The work is extremely flexible, a quality that allows it to be adapted quite naturally to the architecture of the space where it is exhibited. This site-specific work is completely interactive, since I am interested in provoking connections related to the experiential universe of each visitor. I want to enter into the terrain of the visitors’ emotions.”

Thursday: A look at the exhibition Personal Structures with Atelier Morales and the virtual exhibition Balconism with Carlos Garaicoa.