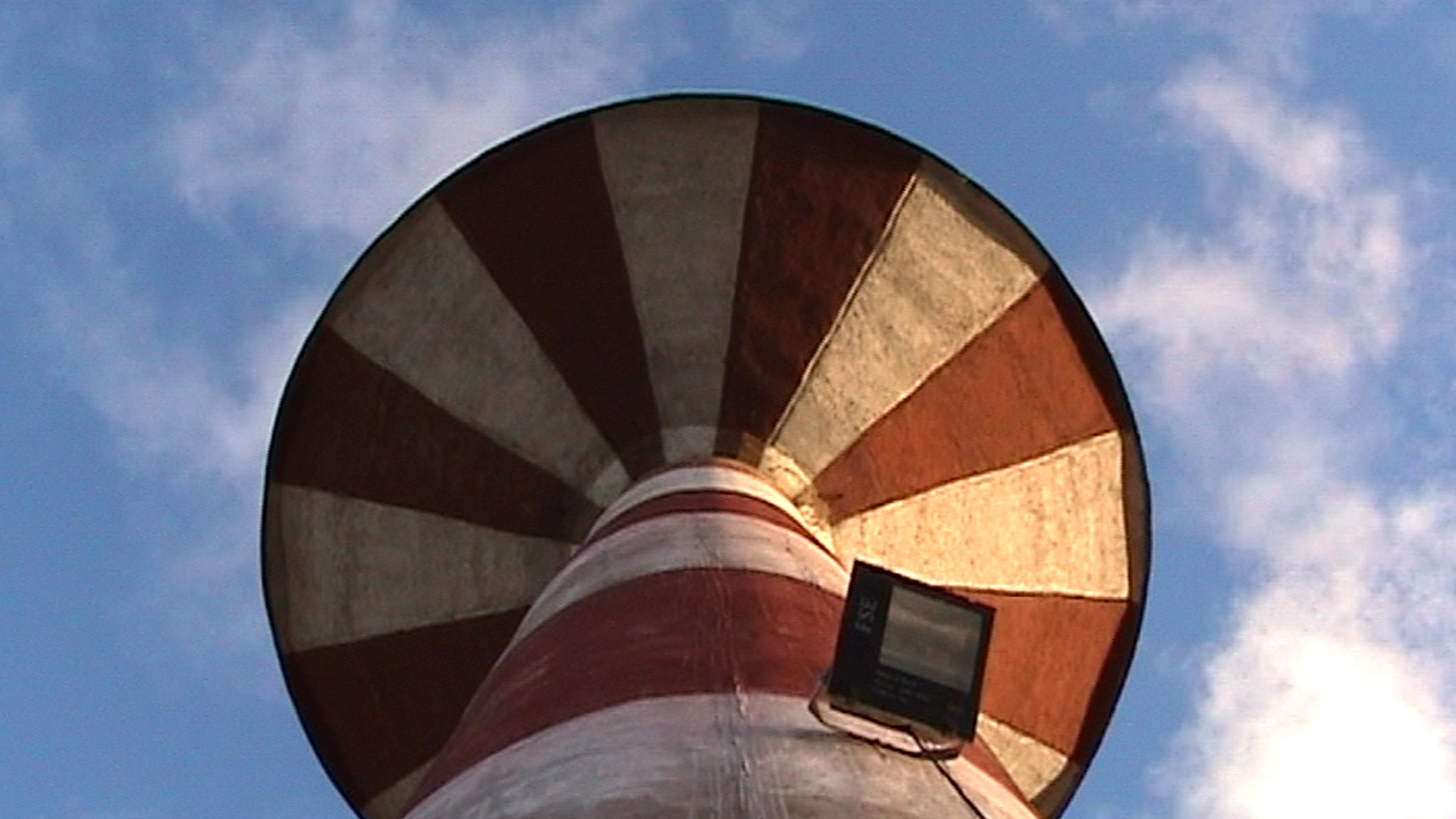 To quote Bob Dylan, “the times they are a’changin’.” At Factoría Habana, a new group show curated by Onedys Calvo assembles eight Cuban artists who meditate on the physical and psychological changes afoot in Havana, and by extension cities in general. The duo of Celia and Yunior, Grethell Rasúa, Luis Gárciga, Marianela Orozco, Nestor Siré, Renier Quer, and Ricardo Miguel Hernández use photography, video, and installations to reflect changes both real and symbolic—not only on an architectonic level, but on a psychological and social level. Their works consider the individual in direct relation to the urban context, and vice versa.

The full title of the show is El ardid de los inocentes: Suversión de usos & Cambio de signos; Expectativas / Paradojas; Espacio Urbano ↔ Individuo (The Cunning of the Innocents: Subversion of Uses & Change of Signs; Expectations / Paradoxes; Urban Space ↔ The Individual). As that complex description implies, paradox is a subtext of the show. The works are easily read on first viewing, yet they also engage in the play of appearances relating to innocence or the consequences of acts that began as innocent. The title may also be a sly reference to “El día de los santos inocentes” (the day of the holy innocents), which is celebrated in Latin America and Spain much like April Fools’ Day in the U.S.

Here, brief descriptions of the works in the show.

An epiphyte is a plant that grows on another plant, taking nourishment from air and water rather than from the host plant. The team of Celia González and Yunior Aguiar use the epiphyte as a metaphor to explore the architectural re-use of a set of buildings. The houses originally belonged to what the exhibition statement refers to as “representatives of economic power in Cuba.” They have since been turned over to state-run institutions “which have not created their own architectonic typology but have inhabited that which existed.” Like epiphytes, these institutions are hosted, in effect, by an earlier power. And, as the photographs reveal, their aesthetics are subtly shaped by the architecture that their predecessors left behind.

El remiendo (patching up) has become an habitual practice in Cuba, a way of coping with objects that should be replaced but can’t. It’s an aesthetic of the unstable, an improvisation, a solution of the moment. Rasúa’s project focuses on the decorative embellishments that city inhabitants lavish on their homes in the face of an inability to repair or resolve the buildings’ structural problems. Rasúa documents city dwellers’ attempts to create a good impression: they cover the gaps, hide the mistakes, obscure the dirt with color, using whatever is at hand. The result is a special visual quality, a precarious image that is itself a metaphor.

If we were to take advantage of the growing rural nature of this city, and use the model of finca en abandonado (abandoned farm property) as an intermediate step, we could aspire to live in 2019, in the sixth reserve of the biosphere of the country, 2013.

According to Gárciga, the increasingly rural aspect of the city seems to stem from the actions of inhabitants who introduce elements that modify the urban space physically as well as in its social physiology. This piece gathers the impression and perspectives of the inhabitants on six aspects that imply, directly or indirectly, the presence of the farm in the city: Soil / Water / Boundaries / The Road / Planting / Labor.

The focus of Orozco’s video is a woman who spends most of the day at her window, gazing absently at her surroundings. The artist then puts herself in the place of the woman and assumes her movements. The result is two parallel points of view: toward the woman and from her perspective, offering a reflection on time and context.

In his short video, Siré traces the history of the costliest mobile phone antenna base in Cuba. Originally conceived as a tank for the municipal water supply, the structure was put to various uses until arriving at its current purpose—indicative of the uncertain, disposable nature of our times.

In a zoo, within the bears’ enclosure, something very curious is happening. The bears are almost never seen, to the point where they don’t really exist for visitors. Instead, the visitors turn to contemplating the tilapias that inhabit the artificial ponds within the bears’ enclosure, which are part of the zoo’s manmade ecosystem. From this particular and paradoxical situation, the artist constructs a fictional history that reorganizes reality, creating a metaphor of various existential expectations.

As a noun, “developer” refers to a chemical compound used to develop images on photographic paper. In this series, Cuban gas stations seem imprisoned in time against the dominant magenta of 1980s color photography. These familiar images from that decade remain sealed in a chromatic veil, which was caused by problems in developing the image or by the quality of the paper. Juxtaposing two temporal elements, this series subtly comments on the visual aspect of the apparent desarrollo, or development, of the national economy.

Factoria Habana is located at 308 O’Reilly Street, between Habana and Aguiar, in the Habana Vieja district. Conceived as a project of urban and artistic recovery, the center is sponsored by the Havana Historian´s Office and directed by curator Concha Fontenla. The goals of Factoría Habana include promoting current Cuban art as well as fostering the interaction of contemporary art with new technologies, sound and sensorial experimentation, industrial design, performance, and urban art.

El ardid de los inocentes opened May 10 and will be on view until August 24 at Factoría Habana.