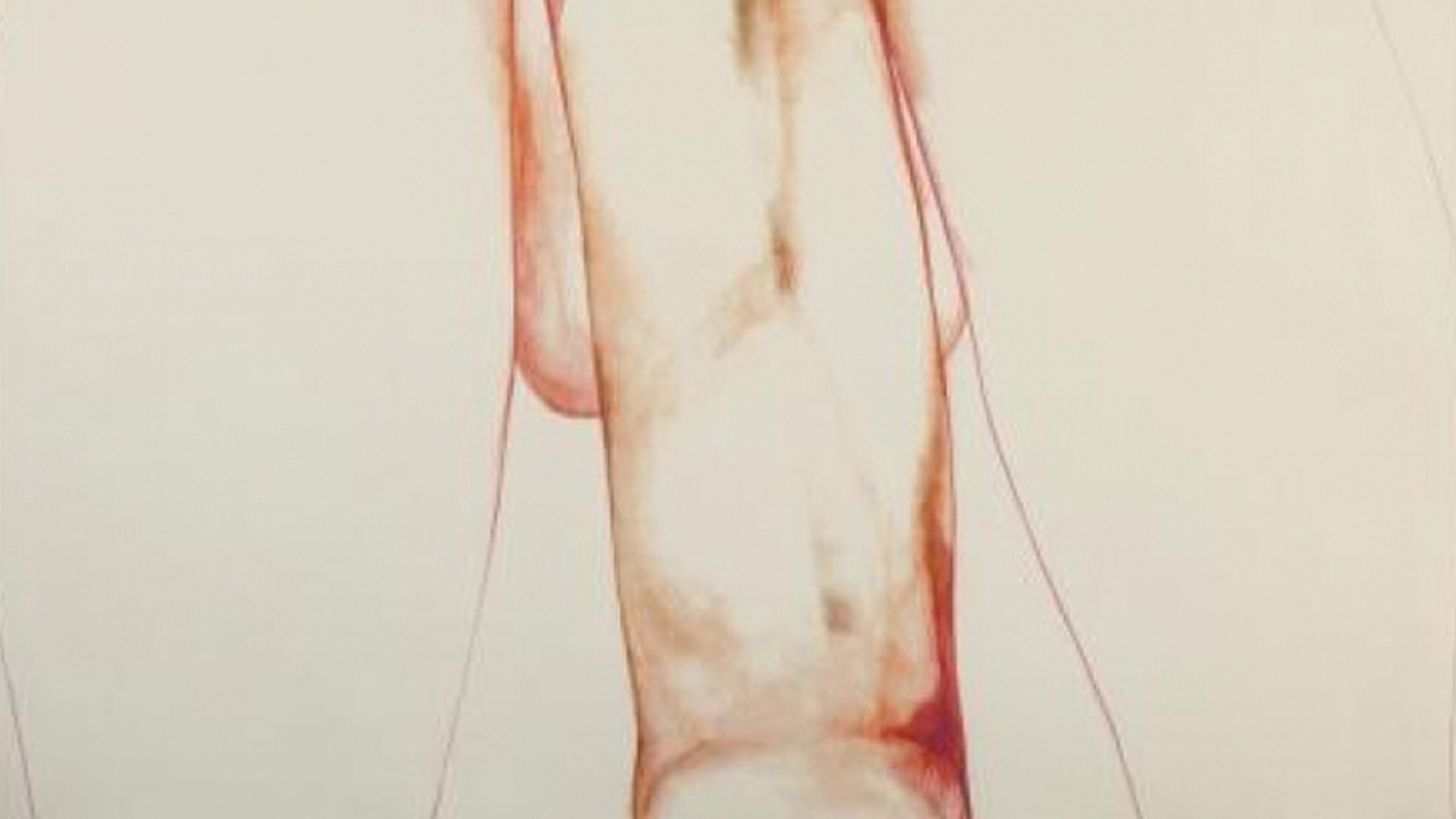 Servando Miguel Justo Cabrera Moreno was born on May 28, 1923, in Havana. The artist, who died in 1981, would have been 90 years old this month. The Servando Cabrera Moreno Library Museum, housed in the Villa Lita—a large mansion in the El Vedado district of Havana—is in charge of protecting his legacy. The museum’s treasures include more than 200 of the artist’s works, and an important collection of folk art that he assembled: 1,500 pieces, mainly from Europe and Mexico. (For a photo-walkthrough of the museum, see the photo album on the Cuban Art News Facebook page.)

Critic Graciela Pogolotti has called Servando Cabrera “a solitary walker, difficult to encapsulate in schools and styles of Cuban visual arts.” We talked with the museum’s director, Lourdes Álvarez, and with deputy director and curator Rosemary Rodríguez, who explains that the work of the institution is divided into two fields: the visual arts, including the works of  Cabrera and others artists, and folk art.

As the museum’s curator, Rosemary Rodríguez proved knowledgeable about the different stages of Cabrera’s creative process.

How important was the triumph of the Revolution for Cabrera’s work?

The Revolution was a turning point in Servando’s work. He was sensitive to history and Cuban events. We could say that Servando was the first Cuban artist to depict the Cuban epic, in that he decided to represent all those who had never achieved a leading role in the visual arts. Milicias campesinas (Rural Militias) is more than a title—it’s the best-known work of Servando’s epic period. It doesn’t simply depict the popular army. As a chronicler of his time, he documented the Playa Girón events—the April 15 bombardment. Social changes also claim space in his work, as he represents crowds in popular assemblies, the literacy campaign brigades, and the young people.

How is eroticism treated in Cabrera’s art?

Why was the Servando Cabrera Museum founded?

Servando knew so much about artistic expression in many countries. He also had a singular characteristic: he was a collector. Throughout his life he treasured, along with his inherited family wealth, a group of documents about his own life. In each trip around the world, he looked for mementos of what interested him.

It was decided to turn his house into a museum—to display his collection of folk art, those popular expressions of people’s lives elsewhere, of which there was little reference in Cuba. When Servando died in 1981 of a massive heart attack, the appropriate conditions [for a museum] did not yet exist. After the death in 1991 of his sister, who was his last direct heir, the Cuban government realized that this collection had been somewhat overlooked.

Fortunately, in 2004, the purchase was registered and these goods were safely stored pending the museum’s opening. I think it’s not a museum for Servando; rather, it’s a museum for his collections. Thanks to his rigorous passion to preserve and document, the entire collection had its own personal inventory.

In addition to a group of valuable works from Servando the artist, there were his collections of decorative and folk art, his books, and other belongings that could not be displayed before. Although this is a large house, much larger than his own, it’s difficult to display for the public these very small and detailed pieces, as they must be well preserved.

How did longtime ICAIC president Alfredo Guevara, who died last month, help with the founding of the museum?

Alfredo Guevara and Servando were very good friends. They met in Paris and their friendship deepened when Servando worked as set designer on the documentary El Mégano (The Charcoal Worker, 1954), along with a group of filmmakers who were close to Italian Neorealism [including Julio García Espinosa and Tomás Gutiérrez Alea].

Guevara was an important support for Servando during the difficult “gray period” of the 1970s, which marked by discrimination toward homosexuals and restrictive currents in Cuban political culture. At that time Alfredo played an important role for Servando. Consequently, Moncada and Cordillera—two of Cabrera’s most striking canvases—are located on the ninth floor of ICAIC’s headquarters.

Along with all of Servando´s friends and relatives, Guevara was disconcerted by the artist’s early death in 1981. When Servando´s works were stored, Guevara became the legal trustee of the collection, although all inventoried items, photos, and pieces to be restored became part of the Patrimonio Nacional.

When it was decided that this house, la Villa Lita, would be the home of the Servando Cabrera Moreno Museum Library, the National Heritage Council was responsible for the technical part—for transforming the space so it could house and protect the collections. Later, a storage facility was added in the side yard to house some of the pieces. The old coach house became a public library.

Does the museum hold the largest collection of Cabrera’s art in Cuba?

We’ve almost reached the number that the Museo Nacional de Bellas Artes has: we have 200 and they have 220. For a long time, the Museo Nacional was the only museum specializing in the art of Cuba. Naturally, artists tried to sell their works there, since the institution had an adequate budget for that purpose.

Moreover, in the 1970s Servando was one of the so-called professionalized artists who received a monthly salary on condition that he donate some of his works to increase the MNBA collection. So the Museo Nacional got new works by the artist every month.

That’s one of the ways the MNBA used to increase its Cabrera collection. Later they acquired pieces left in homes in which the property was confiscated by the State, or for inheritance problems. Only after 2004, once the Cabrera family collection had been purchased and there was the idea of ​​founding this museum, were items added to our collection by these methods. In addition to the original Cabrera collection, we have acquired 27 works.

Tell us more about the kind of works the museum holds.

First, we have the 200 works by Servando, including paintings and drawings. Servando kept works from all periods but most of what he had were his later works, portraying eroticism, Havana, and the peasantry. That kind of expression grew stronger after 1975, but eroticism was present from the beginning of his artistic career.

In our collection we also have some works from his academic, abstract, expressionist period. All of those are represented, through what he was doing toward the end of his life. But what predominates is the erotica.

What other institutions hold Cabrera´s works?

Servando maintained close relations with Cuban state institutions that bought his works, including primarily the former Ministry of Economics and Finance. Currently these holdings are distributed among the State Council, ICAIC, and the City Museum.

There is a large collection—not registered in full—that went to Cuban embassies abroad during the 1960s. This collection is primarily from that period.

Is there a strategy to add to, renew, or grow the collection of Cabrera’s work? Do you have a budget for that purpose?

That strategy is not new. All museums worldwide have to expand their collections, weed them, define them, and give them their best assets.

Life will tell us what we can or cannot do. Our acquisition sources are similar to those of other institutions: donations, purchases, bequests, referrals that come through transfer of property. We have a budget for acquisitions, sometimes more substantial than at other times, but we are moving in that space.

How are Cabrera’s works valued in the market? What periods are the most in demand?

We conducted a study of all the works we could document in auction markets and some Cuban galleries.

Servando rejected the proposal for an exclusive contract with a Paris gallery in 1954. He had a bad opinion of the art market and held himself apart from these schemes, although he sold many pieces in his home and through exchanges with other spaces.

He belonged to a generation of artists who, in 1960, decided to stay in Cuba. So his work was largely absent from the areas of the art market that, from the 1980s on, helped nurture the boom in Latin American art. Servando’s presence there was more discreet.

In mid-1995, his pieces began to appear at some auction houses. At present those results are growing slowly. The milestones are a work sold for $50,000 at Christie’s, from the epic period, and another at Subasta Habana [the official Cuban auction house] for $30,000.

The market does not refer just to the work itself, but to which work, from which period, what material it’s made of, where it was displayed, and what its history is. In other words, many elements are taken into account.

Who authenticates the Cabrera works in the museum?

There is no need to authenticate the works we have, because 90 percent of them belonged to Servando’s own collection. Those recently acquired go through a source verification process. All pieces in our holdings have been studied by experts and conservators. In Cuba, there is no place dedicated to art authentication. For the most part, certain experts authenticate the work of certain artists.

We’ve got to a point where we have a lot of information on Servando. We have a very large bank of images of all the works the Cuban government has, around 800. That enables us to know whether or not to accept a particular piece.

Nevertheless, we know Servando made many works and the image bank we have may not be enough. As with every artist, he also passed through different periods and he has works of varying quality, due to the haste with which they were created or the objective of the moment.

In his particular case, as there are no direct heirs to legally defend his copyright, we defend his artist’s rights to prevent manipulation of his work.

We have an idea of ​​whether a piece is an outright fake. If there are doubts, we can perform chemical analyses which are commissioned to certain institutions. If there are many doubts, then we don´t waste time.

What types of chemical analysis?

We have made pigment analysis in the archaeometry laboratory. Other types of analysis are done with ultraviolet light, which was used on his Habaneras, to determine if there was a redyeing process for the original painting. So we knew about a few pigments that he used at some stage but then no longer used. The analysis is also intended to find out how the artist’s signature was manipulated.

Who is responsible for the restoration and conservation of Cabrera’s work?

It´s usually done by the museum’s restorer. Some drawings were sent to the laboratory of the National Center for Conservation, Restoration and Museology (CENCREM). A museographer looks after the Museo Nacional de Bellas Artes collection. In addition, there are skilled restorers who are hired if needed.