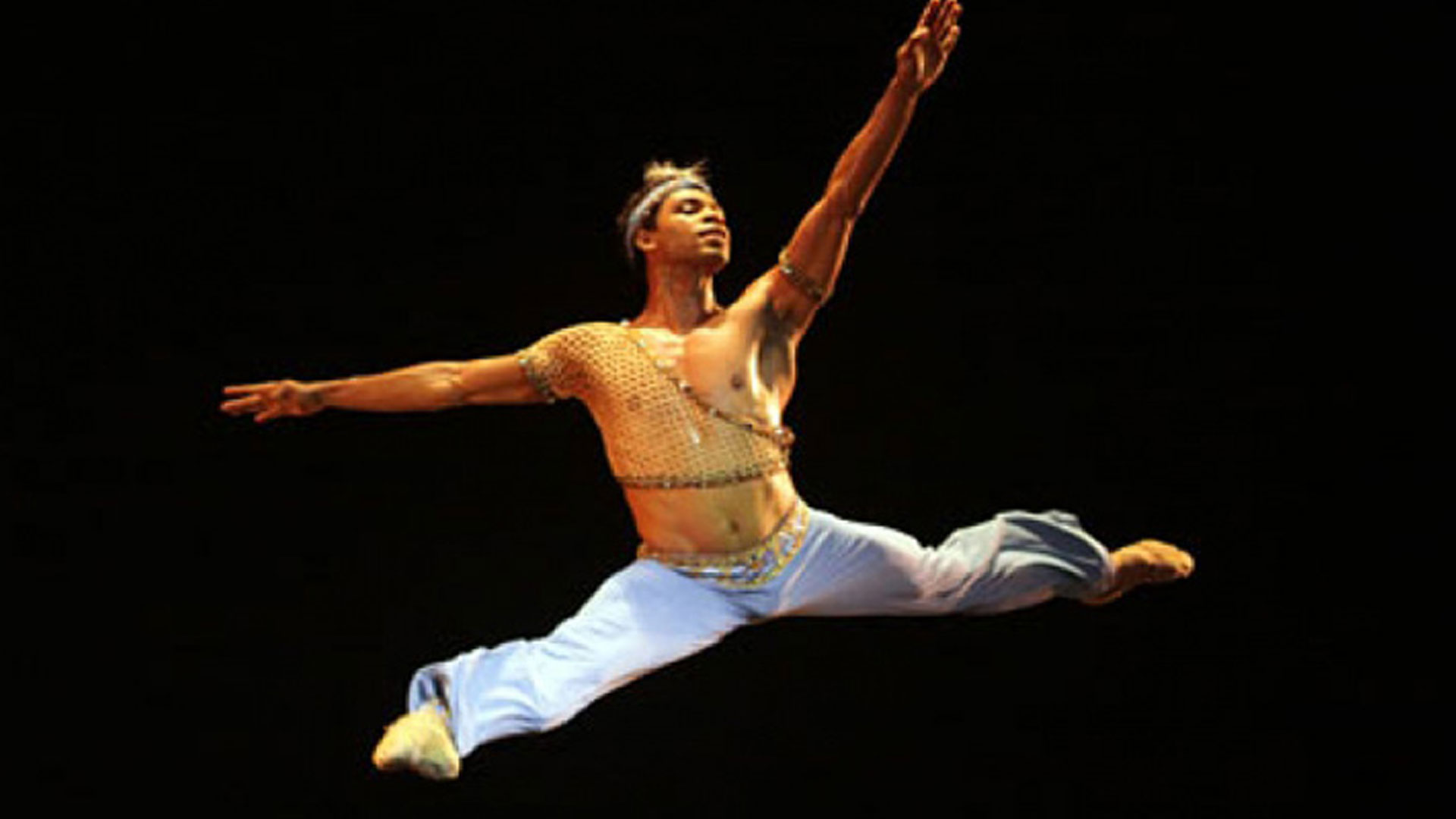 Late last year, classical ballet dancer Carlos Acosta once again made history while in Cuba, when he publicly stated exactly what he was thinking. Given his reputation as one of the greatest dancers in the world, Acosta could choose to make his home anywhere in the world. But his dreams take him back to Cuba, and he doesn´t claim this achievement only for himself.

Showing undeniable courage, Acosta made the most of his advantages and tore down one of the metaphorical walls that had stood for decades, to the detriment of art and artists.

Mysteriously, the principal dancer of London’s Royal Ballet did not appear in the general program of the 23rd International Ballet Festival in Havana last fall. True to his word, however, he came and—despite not bringing a dance partner—he claimed a space for many dancers who work abroad today, but who long to share the fruits of their careers back home on the island.

“Pioneer dancers, such as Lorna and Lorena Feijóo, for example, trained and formed in the Cuban school, want to come back,” he said at the headquarters of the Cuban National Ballet.

According to “Junior,” as his friends call him, Cuban artists working outside the island can share new trends in dance technique, choreographic styles, and forms of interpretation. To achieve this, he talked about the need to iron out differences and put new initiatives into place for the sake of unity.

“It is important now to unite in order to grow, move on, and leave old grudges behind. I won´t talk of forgiveness because forgiveness is for the gods; human beings are imperfect, they don´t forgive, but they can file away the past and go forward. Even for the sake of our children, because they see our actions, and learn from them. Is there any action better than to resolve differences and accept that we are imperfect? Everyone makes mistakes,” said Acosta, recipient of the prestigious Cuban National Dance Prize in 2011.

“We should join with this idea and accept those who want to come. I will stick to my point, not to make war on anyone. This is just a battle of ideas, in order to improve and develop. How can we be better tomorrow? “asked Acosta, who is about to publish a novel in Britain that has been flagged as one of the most promising debuts of 2013. His first book, an autobiography, was published in more countries than he could imagine, with the exception of Cuba.

Acosta’s many rehearsals, events, and other work projects don´t prevent him from thinking beyond the stage. The fact of recently becoming a father perhaps also stimulated his awareness.

“I think there are quite important Cuban artists who leave here, and new generations are missing that experience. For example: Who is going to teach young dancers how better to wear a cloak than Jorge Esquivel? The people who are pillars of the history of Cuban ballet should be here, teaching new generations,” he said.

Acosta also explained his concern about the passage of time and the inevitable consequences that result from the loss of information with each death. He receives proposals from many different countries on virtually a daily basis; however, he says repeatedly that his greatest desire is to leave a mark on the island where he was born almost 40 years ago, and where he was trained as a dancer.

He is planning to create an arts center for the Instituto Superior de Artes (ISA), in the space designed by Italian architect Vittorio Garatti in the 1960s—a building project that was never completed. His project is intended to restore the property; its proximity to a river causes the area to flood several times a year. Dredging the river to make it wider and deeper is a number-one priority, and that calls for money.

After the triumph of the Cuban Revolution in 1959, the government created opportunities for the professional study of arts. Cuban architect Ricardo Porro was appointed to oversee the creation of a complex of national schools on the grounds of the former Country Club, site of several golf courses. Porro designed the schools of visual arts and contemporary dance, while Italian Vittorio Garatti designed the schools of music and ballet and Roberto Gottardi designed the school of dramatic arts. But between ideological taboos and economic shortcomings only the visual arts and contemporary dance facilities were completed; the rest remained unfinished and eventually were exposed to neglect and deterioration. [For more on the history of the National Art Schools, see the Cuban Art News story about the film Unfinished Spaces.]

“I was sensitive to this heritage that will collapse and will be lost,” says Acosta. “I decided to rescue it without asking the Government for help. This should be a self-sustainable artistic project with the goal of transforming Cuba permanently into a great artistic destination. There is much potential for this type of cultural tourism, not just the beach.”

The renowned dancer considers art as the soul of every nation, and in order to contribute to its enhancement, he has created a foundation under his own name, which holds events to raise money for the project. However, some have been hostile to his proposal and controversy has followed. In the wake of the project’s announcement, negative comments began to circulate about him and others, including British architect Norman Foster, from those who advocate the preservation of Garatti´s design.

“First, I feel a great respect for Garatti; he is a teacher and came to London to see me dance. I told him that my intention was not to destroy or offend,” says Acosta. “In particular, I have already gathered plenty of glory and prizes and I don´t need more. I just want to leave something steady and substantial, so that after my death it continues to benefit future generations. This is my war.”

According to Acosta, he spoke with Garatti about the need to adapt some of the spaces whose original conception, more than 50 years ago, has lost its meaning. Choreographies, for example, are created in ballet studios and then moved to theaters; according to Acosta, theaters aren’t needed to create works.

“Originally there was space envisioned for other purposes that do not fit this new model,” he explains. “For example, the classrooms. In the art center, we aren’t going to teach mathematics or Spanish, but these classroom spaces exist. I suggested turning them into dormitory rooms for students from distant places. At the same time, if someone has a better idea … let the best idea win, even if it’s not mine.”

As the debate continues the facilities remain in ruins, at the mercy of nature. Foster told Acosta that the building could be rescued, and the dancer has reaffirmed his intention to save and unify. “I want to establish my legacy in Cuba and I will work hard for that,” the dancer says. Acosta is currently engaged in mounting a new musical in Britain and his own version of the classic Don Quixote for the Royal Ballet of London.

“I love choreography, and they gave me this opportunity to make a new version of Don Quixote. The Royal Ballet had it in the repertoire but has had no luck with it. The first production was Baryshnikov’s, and then one by director Ross Stretton in 1999 on Nureyev´s version. None was successful. In 2001, it was taken out of the classical repertoire, which I think is a big mistake. All companies should include that ballet. We spent 11 years without Don Quixote.”

In 2013, this ballet piece will return to the Royal´s repertory in a version by Acosta, who aims to introduce contemporary movements without losing the spirit of its creators, Marius Petipá and Alexander Gorsky, who made a later version. “Yes, it is necessary to show that modern man has his own voice and, especially, technology in his favor. We can use more lights, better costumes, and freshen the production without losing the ghosts that make it so special,” the artist says.

During the 2012 Ballet Festival of Havana, Acosta danced in two theaters, performing the contemporary piece Memory, by Miguel Altunaga, a graduate of the Cuban school of dance and a current dancer with the Rambert Dance Company in England. According to Acosta, the piece was inspired by Japanese Kabuki dances and also marks the evolution of an artist.

“An artist’s thinking logically evolves, and in the case of classical dancers, the logical choice is towards contemporary pieces because the body suffers less; dancers have more freedom and yet don’t compete with their previous artistic performances. For me it has always been important not to repeat myself, and especially when I come to Cuba, I like to share my evolution with my people.”

Acosta likes to show what he has learned so the public in his country can grow with him. Many people ask why he doesn’t dance such classical pas de deux as Diana and Acteon. He answers, “I already did that; I’ve been doing so since I was 16, and the important thing is to see the journey of the artist.”

Acosta and José Manuel Carreño are at the top of a long list of dancers who decided to pursue their careers outside Cuba. Only those two, and a few other exceptions, have returned to dance with the National Ballet of Cuba, the premier dance company on the Caribbean island.

To sum up, the country is showing a willingness to change, but the ballet remains as remote as a floating bubble. And time goes by, many valuable artists almost finish their journey, with strengths and weaknesses, successes and failures—learning what they could share in Cuba, for the sake of their culture. For Acosta, it is simple: “We owe it to our children,” he emphasizes, minutes before heading to another theater.