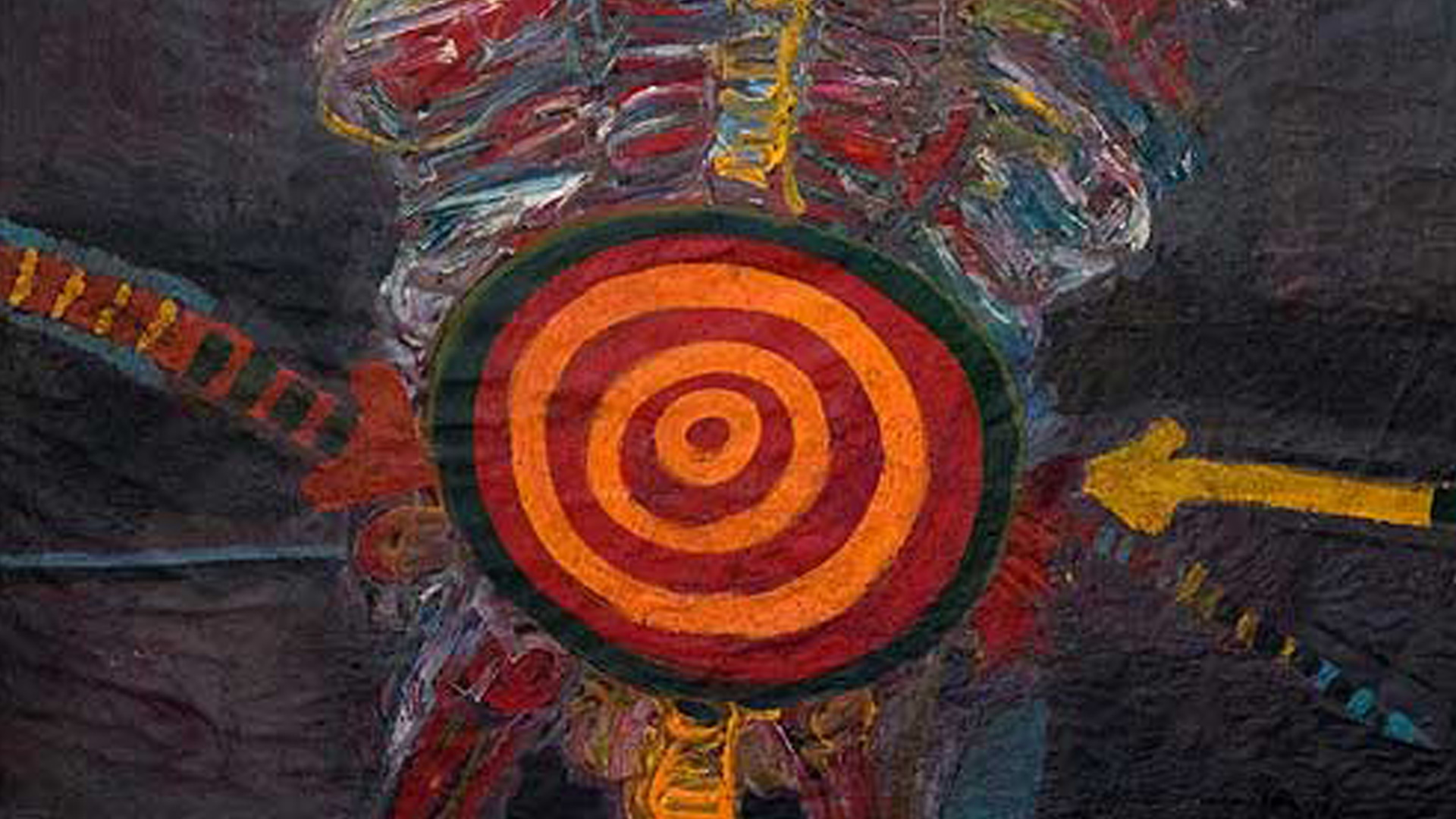 Carmen Herrera in Milan. In the 1960s, Carmen Herrera turned from works on paper to focus on the painted canvas; in 2010, she began once again to explore the medium she’d set aside 50 years before. At the Lisson Gallery in Milan, Italy, Carmen Herrera: Works on Paper 2010-2012 showcases more than 40 pieces created over the past three years. Though they share the rigorous mathematical precision of her canvases, Herrera’s works on paper strike a slightly different note, being contained well within the frame edge. The show opens with a preview reception tonight, January 25, 7-9 p.m., and runs through March 15.

Umberto Peña in Havana. Casa de las Americas celebrates artist Umberto Peña (b. Havana, 1937) with a show of his paintings and graphic work that caps the Casa’s ambitious year-long focus, the Year of the New Figuration. The exhibition features etchings and paintings created in the 1960s and ’70s which, say the curators, “show the neofigurative imprint as well as the transition to the pop vision that came to dominate his later work.” Also on display are works from the artist’s renowned series Bueyes (Oxen), which won the prize in the 1964 Concurso Latinoamericano de Grabado. Peña, who lives in Spain, was the designer at Casa de las Americas from 1963 until 1984, and his work has influenced generations of Cuban artists. Umberto Peña: Return of a Visceral Painter opens this Monday, January 28 and runs through March in the Galería Latinoamericana at Casa de las Américas.

Tania Bruguera Wins Meadows Prize. Hailing her on its website as “one of the leading political and performance artists of her generation,” the Meadows School of the Arts at Southern Methodist University has awarded one of its two 2013 prizes to Tania Bruguera. (The other went to violist Nadia Sirota.) In March 2011, Bruguera launched a five-year social-art project, Immigrant Movement International, sponsored by the Queens Museum of Art and the arts organization Creative Time; next month, she launches the Laboratory for Arte Útil, a new project with the QMA and the Van Abbemuseum in the Netherlands, which runs at the QMA through May 12.

Major Leagues? from AMI. Just ahead of spring training, the film and video organization Americas Media Initiative announced the latest addition to its Cuban DVD catalogue: ¿Grandes Ligas? (Major Leagues?). The 27-minute video by director Ernesto Pérez Zambrano turns the camera on an overlooked sector of Cuba’s beisbol-mad populace: the Cuban national women’s team. Current and older generations of female players—going as far back as the 1940s—talk candidly about their passion for the sport and the challenges of playing baseball in the face of machismo, prejudice, and the hardships of daily life.

AMI also sponsors an annual U.S. tour for a Cuban documentary filmmaker. This year’s director, Marilyn Solaya, is a former actress who appeared in Tomás Guttiérez Alea’s Strawberry and Chocolate(1993), among other films; on the tour, she’ll present her award-winning feature-length documentary, En en cuerpo equivocado (In the Wrong Body, 2010), about the person who underwent Cuba’s first gender reassignment operation in 1988.

New CD from Omar Sosa. Set for worldwide release next month, Omar Sosa’s new CD, Eggun: The Afri-Lectric Experience, was partly inspired by Miles Davis’s Kind of Blue. In 2009, the Camegüey-born Sosa was commissioned by the Barcelona Jazz Festival to compose and produce a tribute performance to the classic Davis recording on its 50th anniversary. For Sosa, it was an opportunity to more fully explore African musican elements, which he did by founding the group The Afri-Lectric Experience. Musicians on the new CD include fellow Cuban Pedro Martínez and Venezuelan Gustavo Ovalles on percussion, and Benin-born Lionel Loueke on guitars. Sosa’s upcoming appearances include performances with Paolo Fresu in New York, Washington, DC, Boston, and South Orange, NJ in January and early February, and in Doha, Qatar, later in February.