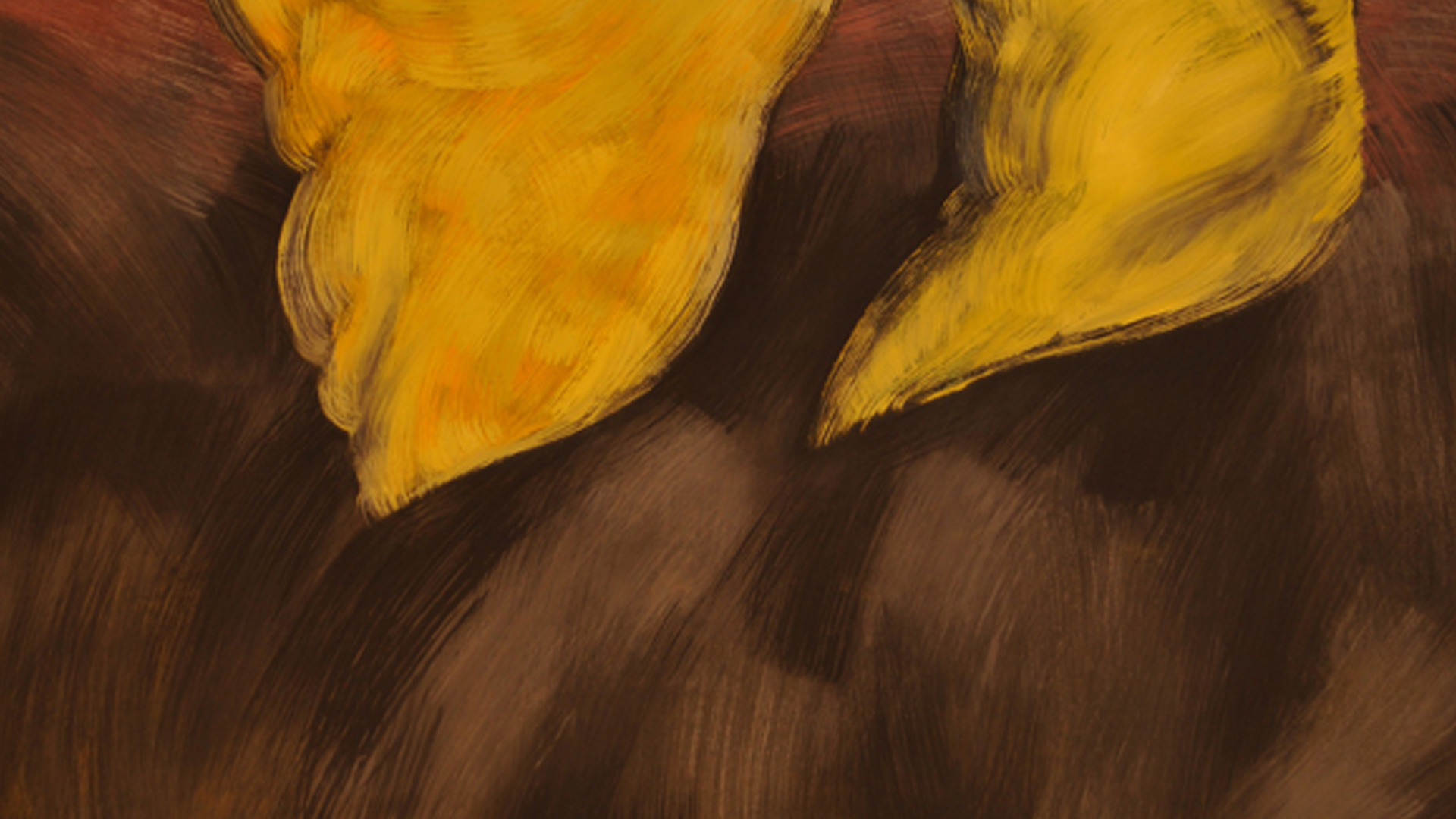 In a recent Update, we noted the opening of Umberto Peña’s current show at the Club Diario in Ibiza. As the show heads into its final weeks, we’re pleased to present the exhibition essay by curator and critic Wendy Navarro, who reflects on Peña’s current work and decades-long career.

The creation of images, as a poetic expression, is one of the means by which human beings transmit and understand experiences and inexplicable feelings, to explore what surrounds us, and what is inevitably a part of ourselves. As an essential reference in the Cuban visual arts of the past four decades, the work of Umberto Peña (Havana, 1937) has been closely linked to the influences and effects of the human environment, going deeply into the human condition.

Widely analyzed and evaluated, Peña’s work stands out as the some of the most controversial and engaging within the broad mosaic of Cuban art during the 1960s. This exhibition marks Umberto Peña´s return to painting after several years of work as a graphic designer. Once more, we´re pleased to enjoy the enigmatic power of his paintings, his expressionist strokes, his special emphasis on the psychological aspects of humans and their everyday reality. Similarly, we take pleasure in his original researches into different methods and pictorial languages in search of self-expression. In these new powerful and vibrant images, writes Rafael DiazCasas, Peña “invites us to approach his interior space, making us participants in a dialogue with his new geography.” These forms “travel in an intimate time through arid landscapes flooded by the colors of Castile and Leon, letting in the light from the Caribbean, the Miami coast, and the onomatopoeic stridency of Pop.” Figures and backgrounds are flooded with intense or cloudy browns, grays, and blues representing a different landscape that, by the vertiginous movement of strokes, slanted lines, and slashings seem as if they represent strange events, feelings thoughts or memories accumulated as latent flashes of memory.

Once again the reality surrounding the artist is the source that nurtures the strength and vigor of his hallucinatory visions. Imprecise stains sometimes imply human forms, from which a face may protrude, or landscape elements, or a group of fists raised in protest or support of whatever event.

Eloquent lines and shapes once again support titles of works that help viewers to understand, offering them some clues, “guiding their discomfort.” Stubborn Resistance, Progressive Detachment, Difficult Understanding, Fear of Words seem to address issues referring to the artist’s own personal and social contexts. Other titles, likeThe Weight of Time, Enemy Territory or Where to Go, invite us to reflect on broader human dilemmas, more existentialist in their scope.

Various ideas and feelings come to our mind, ranging from the dialectics of change, movements and adaptation to new contexts as an inherent part of contemporary human life, eroticism, the loneliness of the modern individual, to irony and frustration in the face of systematic oppressive power.

The paintings included in this exhibition reflect both the tension and aggressiveness of Peña’s art, as well as his expression of the bustling and sensitive world that surrounds him.

Umberto Peña: Pinturas runs through August 9 in the gallery of Club Diario in Ibiza.