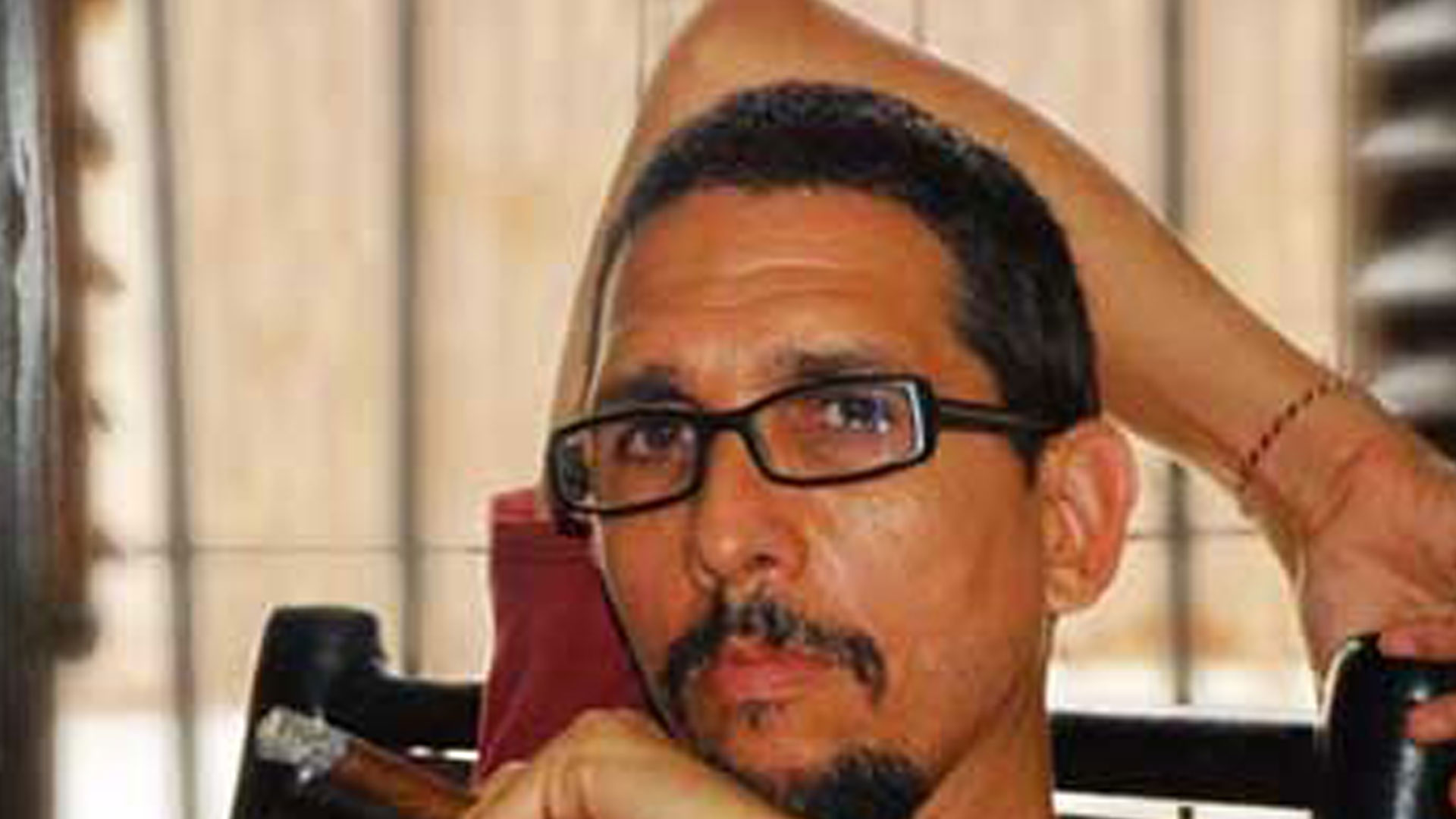 Cruz Gustavo Pérez Fernández (Camagüey, Cuba, 1962): I don’t have an academic background. From an early age, my rural family taught me to differentiate odors, colors, and sounds; this gave me a strong sensory vocation. I have to suffer over what I’m going to work on, and I investigate in depth the subjects that interest me. But I always leave space for surprise and discovering new things. Almost always, I turn my attention, and the camera, to areas that are less well known or less covered by communications media. Although minorities are present in my work, I speak about ones that I identify with. I don’t follow a specific course, but in all my work there’s a dedication and a very strong identification with that.

The most beautiful thing that Cuba has—and which will be better in the future—is artistic and cultural education, which has existed in Cuba especially up until the 1990s. The institutions are still there, but the quality of the teaching has diminished, as well as students’ practical application of what’s learned. It’s not easy to make films there, or anywhere else. Cuba is not a special place; it’s not an exotic place. It’s a country that does not have enough communication with the rest of the world, and the world still regards it from a political perspective. But this attitude is outdated. Cuba has long since ceased to be what for many was a place of resistance, and is more and more giving way. The Cuban people are very disposed to remaining independent. In my case I feel the weight of my 50 years, listening to talk of politics.

In Cuba it’s difficult to make films because it’s difficult to access the technology, and there are no production companies. ICAIC produces three or four films a year, often as co-productions. The strongest heartbeat is in independent cinema, which is made by the youngest filmmakers, and which is accomplished with whatever one can find to make it—and that’s where friendship comes in. I began by writing poetry; I’ve written four books, which have been compiled into an anthology. Later I spent years doing photography, until the end of chemicals, photographic paper, and film. Digital cameras are very expensive, so I decided to get even more complicated and jumped into filmmaking.

I began by making short films, and now I’m interested in longer stories that allow me to go into greater depth with themes and personalities. Some Portuguese producers helped me initially to make three films, and I’ve made two more independently. The encounter with the Portuguese producers was in Camagüey, the place where I live and where I will die. Severo Sarduy (1937–1993)—the poet, painter, playwright, and literary critic—was born here, and he’s the subject of my next documentary. His philosophy was very close to the thinking of French structuralists such as Roland Barthes.

I’m an ordinary filmmaker and I intend to tell my stories above all else. I can’t wait to have a big camera or solid resources. We are a crew of three or four people, and we want to go to France to film the places where Severo lived, and to view with the same innocence and emotion that he must have felt when he saw these places for the first time. Why he did not return to Cuba is one of the questions of my film. Perhaps he was afraid. But Severo carried his Cuba with him. I believe that the documentary will not lead viewers to a concrete conclusion. Rather, it will lead to many other questions: there is no single truth. At the Flaherty Seminar I met a New Yorker who admired Severo’s work and she would like to collaborate on the project. She helped me upload a clip of the film to YouTube.

The experience of being at the Flaherty Seminar has been very important for me. First of all, I enjoyed the silence of a dark room where people respect what they are seeing. In the silence of that room I was able to discuss with myself, and to reflect on my work. Then I had the opportunity to listen to other people. In Cuba few movie houses are left; there are some in provincial capitals. There was a time when my city had twelve cinemas, and now there is only one little video place. It’s a universal issue: people prefer to stay at home watching a movie in HD on a big-screen TV whenever they want. This has resulted in many different possibilities for accessing art. Televised packages that contain telenovelas, sports, comedy, and musicals are sent from Miami, and then they are distributed and sold all over the island, which creates a consumer subculture that is not definitively harmful, but which can be injurious.

From the Flaherty I’m taking many questions and many new responses. It would be too much to say that my perspective as a filmmaker is going to change, but I can say that I’ve found solutions to problems of narrative, as well as making friends and finding solidarity with people who live and work as I do. Moreover, it’s a privilege to feel that I am here because others found my film interesting and decided to invite me. In the seminar there was a discussion about film narrative: opposing direct, linear narrative with a more fragmented, disconnected one. My opinion is that we’ve gone beyond this discussion—it’s old. Both forms of narrative are valid; stories can be told with the approach that’s most suitable for the theme. I stay with sensorial motivation, intercutting the narrative with emotions, and often without intending to give a complete explanation. For me, it’s not necessary to provide an explanation for what I’m seeing. Cinema, and art in general, is very subjective.

This seminar has been an exploration of the ethics of the documentarian, to see how to approach “the other.” It leaves me with new formal possibilities, less traditional forms that respond to new times. We can’t treat an ethnologic subject in the way that Robert Flaherty did. I think it’s very useful to have new forms to approach new themes, as in the films we saw by the Argentine Sebastián Lingiardi. It made me feel alive, with the ability to listen to other people, and accept other criteria. I was also very impressed by the work of French filmmaker Sylvain George, about the complexity of immigration. I live in a country where we experience deep sadness about immigration: there are many divided families, with a strong bond of love and hate that mediates this division. It’s sad how this affects Cuba. It’s the most talented young people who abandon the country. Sylvain’s film is very well told, and it has a very intense rhythm. I believe it was filmed with a profound belief in what he was doing, and that is the only way to say important things.