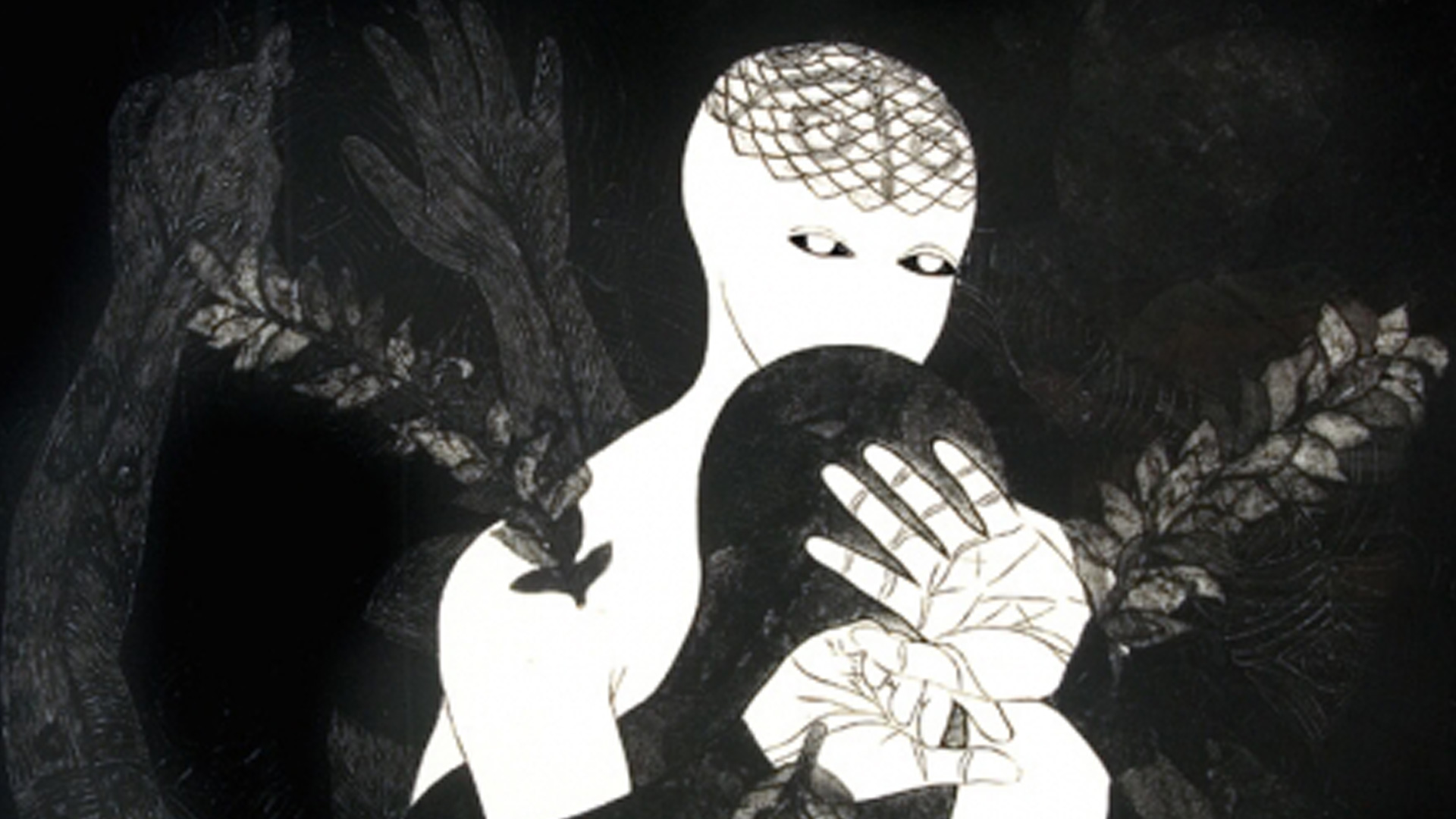 Belkis Ayón: New Website, New Printmaking Competition. Earlier this month, Katia Ayón, M.D., sister of Belkis Ayón and executor of her estate, announced the launch of a new website about the artist. Accessible in English and Spanish, Belkis Ayón (1967-1999) features detailed information, texts by scholars and friends, an expansive gallery of artworks, and information about Espacio Ayón, the propopsed center focused on her work.

With art historian Cristina Vives and artist Rafael Cáceres, director of the engraving workshop of the Sociedad Gráfica de Cienfuegos, Katia Ayón also announced a national competition to promote the use of collagraphy, a printmaking process used extensively by Belkis Ayón. Competition works and the grand prize winner will be exhibited for a month during the print fair in Cienfuegos beginning April 6, 2013. From there, the works will be presented in Havana.

Martínez Celaya at the Hermitage. On July 11, Enrique Martínez Celaya’s La Torre de nieve (Tower of Snow) will take its place in the Great Courtyard of the Winter Palace in Saint Petersburg. Martínez Celaya’s work—an oversized bronze figure of a man on crutches, bearing the awkward burden of a house tightly roped around his neck—is the latest in a series of contemporary art commissions by the Hermitage Museum. On view through November 21, La Torre de nieve is the latest in a series of commissions by such international artists as Chuck Close, Anish Kapoor, and Antony Gormley.

Pornography as commentary in Brooklyn. Wonderland is the title of Rafael López-Ramos’s upcoming show at the experimental gallery 17 Frost Space in Williamsburg, Brooklyn. Layering pornographic images with labels from consumer goods and found objects, López-Ramos casts a jaundiced eye on the eternal engine of sex in advertising and the double role of women as marketing targets and advertising lures. As far as López-Ramos is concerned, though, the real obscenity these days is economic, with toxic mortgages leading the list. The exhibition opens on Saturday, July 7, from 7 to 11 p.m., and the reception doubles as a concert: Nebraska-born Lenna Pierce takes the mic at 8 p.m., followed by trova-influenced Cuban singer Roberto Poveda at 9. Wonderland runs through August 25.

And Post-Communist Art in Coral Gables. As Cuban art critic Iván de la Nuez has noted, the Berlin Wall didn’t fall only in the East—it also fell in the West. Far from disappearing, argues curator Gerardo Munoz, socialist aesthetics found new forms of expression—reconstructions of the past “under the sign of the so-called post-communist condition.” That’s the idea behind the exhibition Designing Post-Communism: Recent Political Imaginaries in Cuban Contemporary Art. “Communism, unlike perhaps any other social experiment of the twentieth century, relied on images and constructed its own ideology through an erasure between art and life,” writes Munoz. The four Havana-based artists in Designing Post-Communism—Ezequiel Suarez, Filio Galvez, Hamlet Lavastida, and Rodolfo Peraza—approach the topic through a variety of techniques and themes, including the photographic recuperation of the island’s Soviet-influenced architecture, and the re-examination of propaganda messages through the use of video games, graphic design, and texts. The show opens Friday, July 6 at Collage Gallery in Coral Gables. To RSVP, call (305) 444-4848.