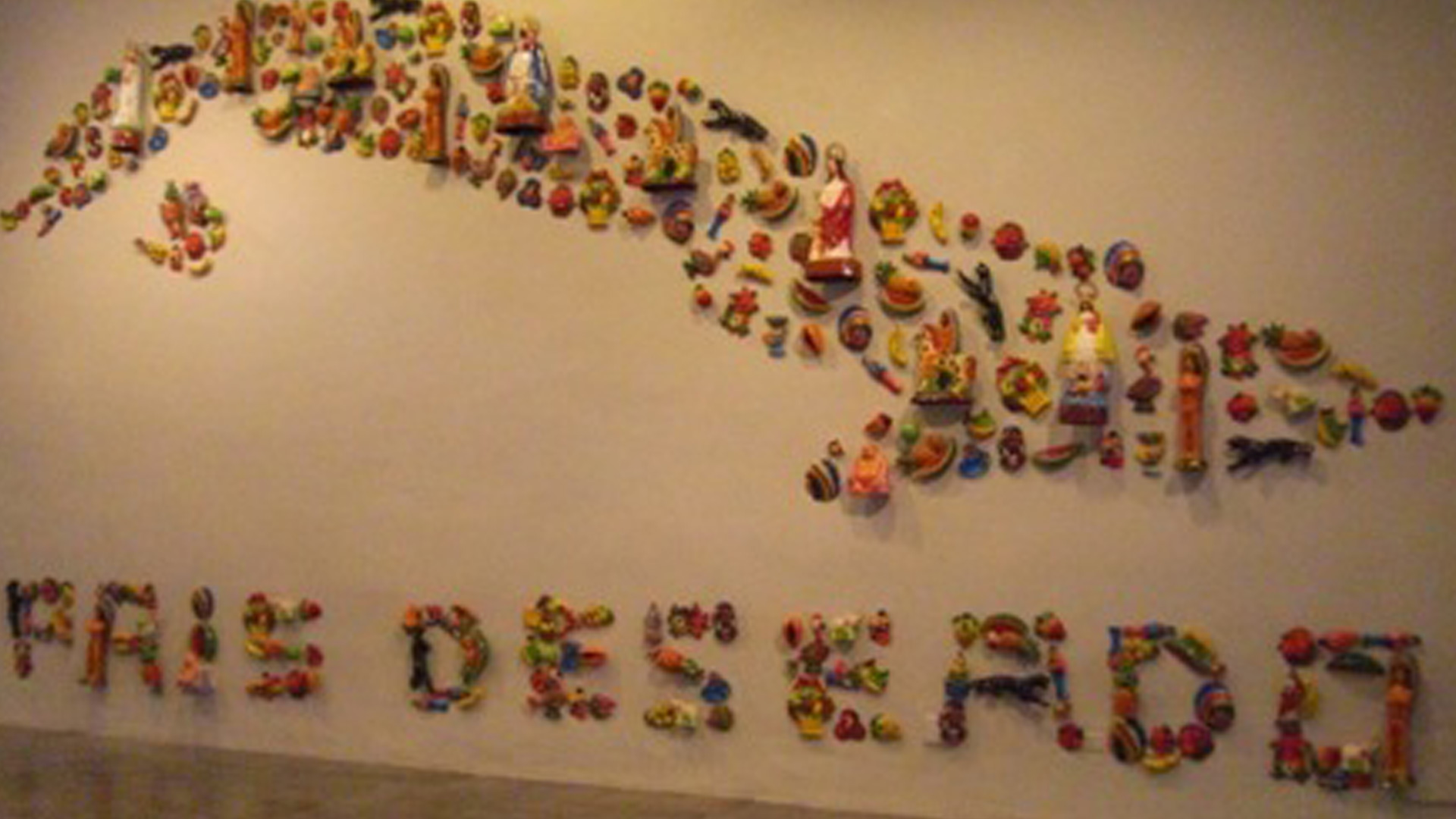 For many visitors, the 11th Havana Bienal is already passing into memory. But before it does, we want to share with Cuban Art News readers one of the most interesting of the Bienal’s many collateral exhibitions: Las Metáforas del Cambio (Metaphors of Change) at the contemporary art space Factoría Habana. We were fortunate to enjoy a walk-through with the exhibition’s co-curators, Alejandro Machado Font and Concha Fontenla, who is also the director of Factoría Habana.

Before we started, the curators explained the inspiration behind the show’s concept: an award-winning essay by Cuban historian Marial Iglesias Ulset, Las metáforas del cambio en la vida cotidiana, Cuba 1898-1902 (Metaphors of change in daily life, Cuba 1898-1902). Exploring the emergence of the new Cuban republic after the War for Independence (known in the U.S. as the Spanish-American War), the essay focuses on everyday changes that took place during that time—the destruction of Spanish monuments, for instance, and their replacement with new ones reflecting the republic—as a way of understanding this crucial historical transition.

“We thought the same way about art,” Machado Font said. “We think you can see the evolution of a society through its art. So we wanted to investigate the production of art in Cuba from the 1980s to now, to recognize that evolution.”

But the exhibition was not conceived as a series of clear historical turning points. “With some of the themes, there’s change, but with others, it’s more a question of customs evolving,” said Fontenla. “Gradual evolution, not one key moment to the next.” Added Machado Font, “The idea is to put together works that represent small changes,” in a cultural mosaic. “Put together as a compilation, you can see the changes between epochs.”

The show’s starting point was País deseado (Desired Country, 1994) a wall-mounted installation by Tonel that uses ceramic plaques and figures—saints, good-luck images, decorative pieces—to depict the island and spell out the title of the work. Such figures were made and sold in the 1980s in an informal, artisanal industry. “When you’d walk into a Cuban home, you’d see all these types of figures,” said Machado Font. “El indio de buena suerte, el elefante, a Buddha whose belly you’d rub for luck. Some you’d find in the kitchen, some in the living room. The religious figures are also associated with santería. And there’s an acknowledged element of kitsch. It’s a cultural map of la vida cubana in the 1980s—a map of the taste, and the bad taste, of the populace.”

With País deseado serving as a general introduction to the exhibition, we moved on to Korda, one of the leading photographers of the early revolution. A series of images—farmers gathered in mass rallies, literacy workers on parade carrying oversized pencils—captured the spirit of the times, when a sense of collective progress prevailed and the needs of society as a whole far outweighed any benefit to the individual.

Nearby was a large floor installation by José Manuel Fors from the series Atados de memoria (Bundles of Memory), which featured brick-sized packets of family letters and photographs spanning generations arranged in a cross configuration. “Fors works with memory,” explained Fontenla. “He has an incredibly identifiable style—no one else works like this. Always familial materials, memories, in contradistinction to the collective, the trends that put the greater mass of the people foremost.” According to Machado Font, the artist himself explained the cross shape as a reference to the crosses that were found in virtually all traditional Cuban households.

A second photographic series by Korda took the exhibition in another direction, exploring changes in attitudes toward religious expression. Taken directly from his personal notebooks containing the original photographic prints, the series Bembé documents an Afro-Cuban religious gathering in a private home. Juxtaposed with these images, recent photos by Raul Cañibano reflect a different attitude. In one image, the figure of the Virgen de la Caridad del Cobre is carried in public procession; in another, santería figures are offered for sale on the street. In the early years of the revolution, observed Fontenla, religion was “more interior, hidden, semi-prohibited—not seen. Now, there’s been a great change, with syncretic, Afro-Cuban, and Catholic all mixed and in public.”

Across the gallery, a series by Eduardo Hernández, Muro travestido, attested to the evolution in attitude that has taken place in the intervening decades. “It’s one of the first times that people publicly permitted themselves to be photographed in this way–as from a work of art, dealing with this theme,” said Machado Font. Like the Martínez pieces, the works in Muro travestido are collages, black-and-white photographs embellished with colorful shapes snipped from glossy magazines.