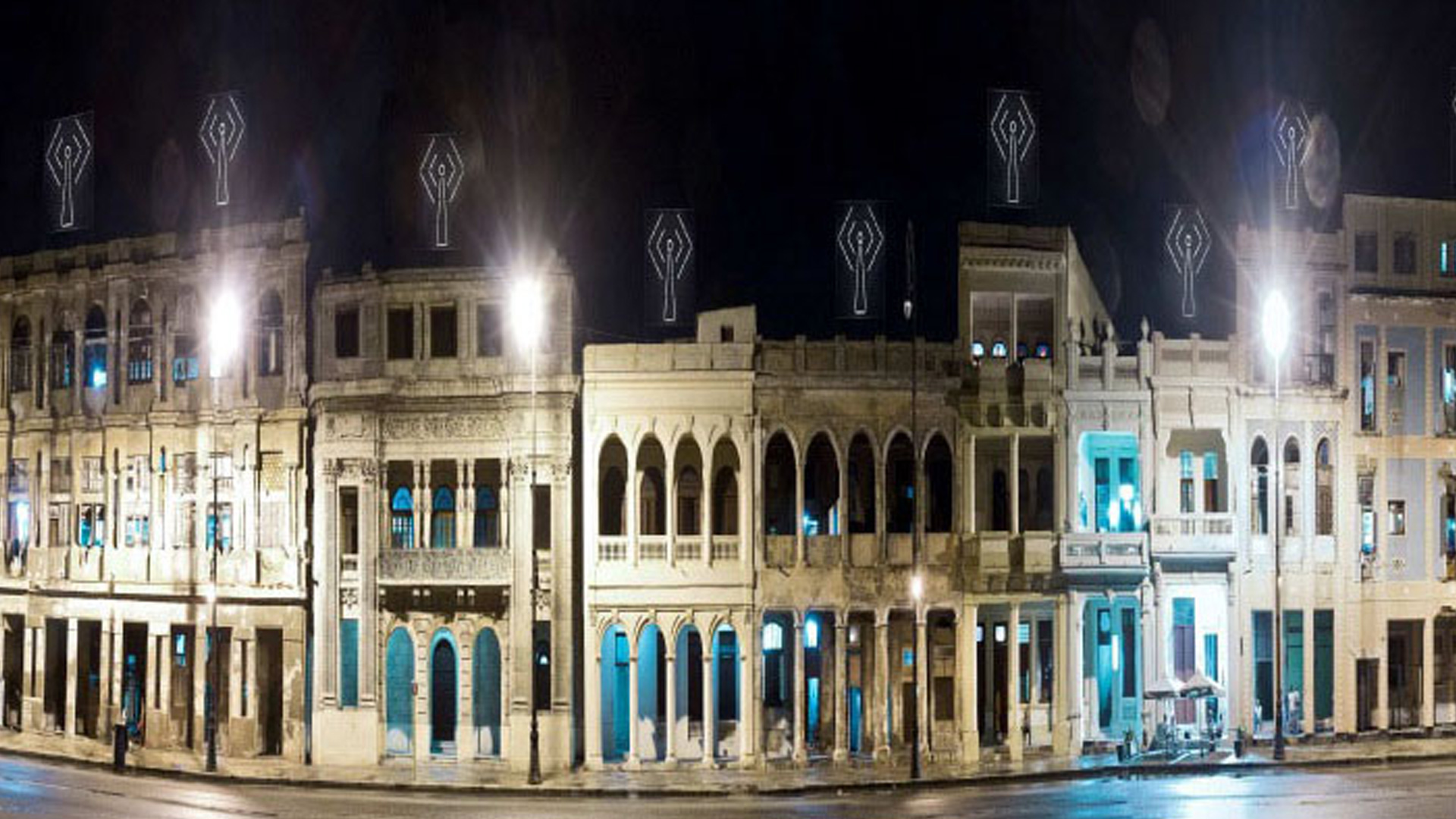 In Part One of this two-part series, Cuban Art News spoke with the organizer and chief curator of Detrás del muro (Behind the Wall), the director of the Cuban Arts Project, Juan Delgado Calzadilla, and previewed several of the works in this ambitious public art project, which will take place along Havana’s oceanside promenade during the Bienal in May. Here, we continue our advance look at works in Behind the Wall.

A number of artists explore the theme of reaching out beyond the island. In Fly Away, Arlés del Río inscribes the silhouette of a jet plane—either departing or returning—into a length of chain-link fence to explore the relationship of “limitations, distance, what’s prohibited” and “the thought of a trip with a return.” A small three-dimensional plane is a key element in Iván Arturo Torrez Mariño’s Procesos de ausencia (Processes of absence) as well. Esterio Segura’s Submarinos hecho en casa (Homemade submarines) has advanced beyond the drawing stage to a fanciful, three-dimensional version that resembles a Batmobile sprouting amphibian fins. In Conexion (Connection), Carlos Montes de Oca envisions a bridge, unattached to any land, floating just beyond the shoreline. And in Sueño de una noche de verano (Dream of a summer night), Alejandro González gives voice to the frustration that many Cubans feel about the island’s limited internet service. Projecting images of wi-fi antennas over nearby buildings, he says is an attempt “to represent an icon of the collective Cuban imagination: “eso salió en internet” (that went out on the internet).

Several participants in Behind the Wall are well-known figures on the international art fair and biennial circuits, including Duvier del Dago, Alexandre Arrechea, and Yoan Capote, three of the artists who represented Cuba in last year’s Venice Biennale (the first to feature a Cuban pavilion). Arrechea is presenting Nadie escucha (No one listens), a sculpture that debuted last year at the Dublin Contemporary event. Capote’s Stress is a monumental column of concrete blocks, each one resting on a thin layer of bronze depicting human teeth. Although it had its origins in the artist’s own experiences with bruxism—involuntary teeth-grinding—Capote calls the piece a “metaphor for the human capacity to resist the pressures of contemporary urban life.” For his contribution, del Dago takes a more historical approach, replicating one of the ancient cannons sitting atop Moro Castle out of papier-maché. María Magdalena Campos-Pons is scheduled to present a performance piece as well.

Perhaps the most existential work in Behind the Wall is Rachel Valdés’s Realidad (Happy Ever After), which will install an immense mirror across from the water’s edge—in effect putting the viewer “between two oceans” for a different way of experiencing the Malecón. “Suddenly, the city is lost and transformed into the sea,” she writes, “as we are trapped in our own lives, with no other exit than to simply keep going.” At night, the experience changes completely—“The sea disappears in darkness, and you can encounter your own reflection in the middle of nothingness. It is an interpretation of a conscious physical state: that of a human being in the universe, and the conflict that exists between the objective and the subjective.”

Detras del muro is not the first art project to be sited along the Malecón. In 2004, for instance, Cafeterías del Malecón, a series of five ephemeral restaurant structures designed by Cuban artists, were presented as part of that year’s Architecture Biennial. (One of them, Ángel Ramírez’s gothic-cathedral fantasia, is still standing and, despite the occasional ocean pounding, still functions as a café.) And of course, the city’s famed carnival, with its colorful costumes, floats, and music, takes place there every July. But Detras del muro may be the most ambitious public art project yet to appear along the Malecón. It opens on May 11, along with the Bienal itself. And although there may be a public concert to celebrate it, for now, says Delgado, “we are focused on the project first.”

For more illustrations of the projects in Behind the Wall, visit the CAN Facebook page.